In the spirit of The LEGO Movie a new section has been added to The LEGO Movie website that I hope we will see more of; downloadable alternate instructions for official LEGO sets! There are six models included, combining sets from different LEGO themes. They are creative, imaginative and really fun! Check them out below! 🙂

The model I like the most is the Ice-Cream Cruiser that combines the #30300 LEGO Master Builder Academy Space Designer set, and the #70804 The LEGO Movie Ice Cream Machine. 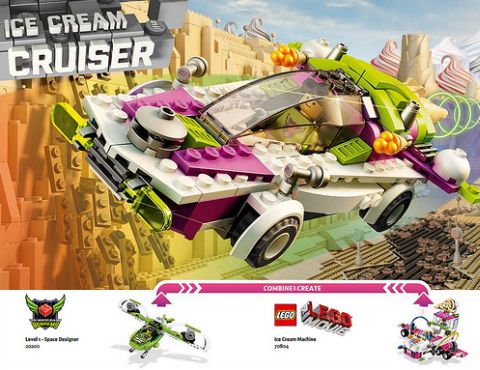 My second favorite is the Lion Claw Mark VIII, an awesome vehicle for Laval combining the #31017 LEGO Creator Sunset Speeder and the #70123 LEGO Legends of Chima Lion Legend Beast. 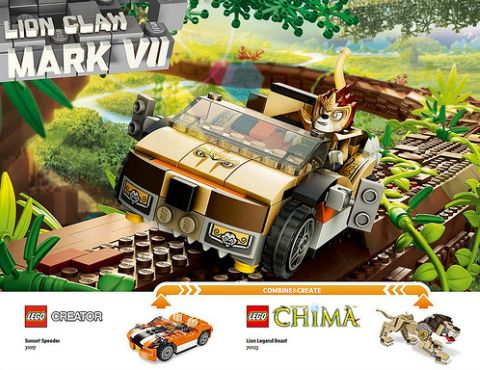 Eris also gets a new ride in the Raptor Rally Bike by combining the #31022 LEGO Creator Turbo Quad and the #70124 LEGO Legends of Chima Eagle Legend Beast. 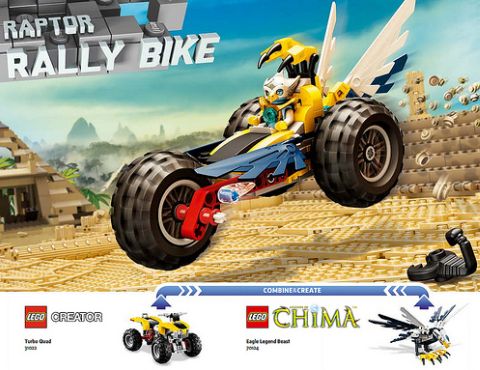 A couple of Ninjago sets also get a makeover (I like how LEGO designers used sets that kids likely already have in their collection). The Termo-Bolt Fire Flyer combines the #60061 LEGO City Airport Fire Truck and the #70721 LEGO Ninjago Kai Fighter. 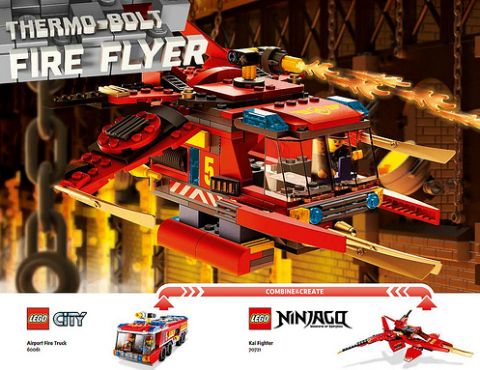 The other Ninjago sets that gets transformed is the #70723 LEGO Ninjago Thunder Raider, which, combined with the #60056 LEGO City Tow Truck, becomes the Hydro-Turbo Sky-Ray (cool name!). 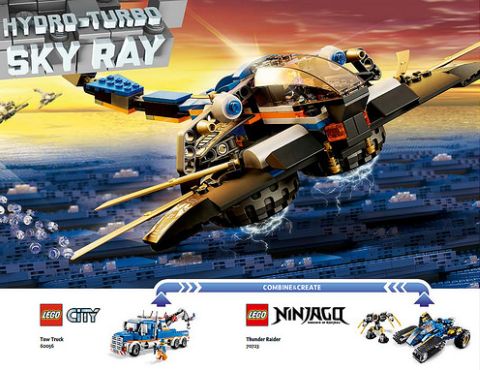 There is also one more downloadable instruction, building a Dimensional Portal Machine for Emmet, which is not a combination of any sets, but you can build them from pieces of your LEGO collection (it is quite small with common parts, so you should have no trouble putting it together). 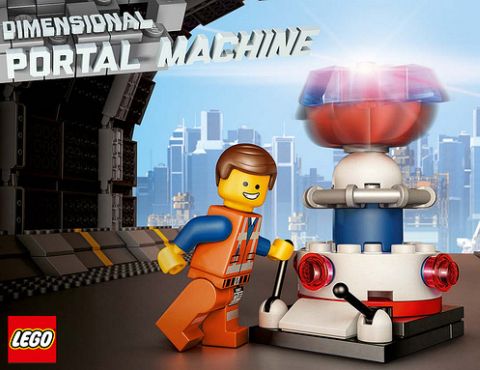 LEGO has been criticized by some people for not providing enough alternate instructions and ideas for LEGO sets as they have done in the past. These downloadable instructions appear to be bringing back that feature and I hope there will be more. You can download the instructions for all six models from LEGO’s website at the following link: LEGO CREATE & COMBINE MODELS

What do you think? How do you like these alternate LEGO models? Are you planning to build any of them? Which one is your favorite? Did you ever try combining different LEGO sets yourself? Feel free to share in the comment section below! 😉