Your Personalized Minifigure by minifigME.com

(Written by Taylor of minifigME.com)

LEGO sets are imaginative, character-based, interactive experiences and are the only toys my son and his friends consistently choose over media. LEGO has it all, except for just one thing; a way for kids and adult LEGO fans to have a perfect reflection of themselves in the form of a LEGO minifigure that can be used for play, display, gift giving and more.

So we thought to do something about this, and thus minifigME.com was born. We invented a brand new way of customizing LEGO minifigures to completely reflect a real person. To achieve this we first we take a close-up photograph of someone’s face, transform the photo into minifigME art and then apply it to a LEGO minifigure head-piece. We then complete the process by adding a finish that will protect the artwork and make it durable and long-lasting for both play and display. (UPDATE: this website is no longer available.)

We recently saw The LEGO Movie, and got inspired to create some new examples of our work. We took a shot at profiling some of the LEGO Stars “taking a break in between shooting”. We also did some cameos including Chris Pratt as Emmet, Will Ferrell as Lord Business, Will Arnett as Batman (yeah, we know it’s the wrong Batman suit… but he had to fly soon), and Liam Neeson as Bad Cop. It was a fun project! 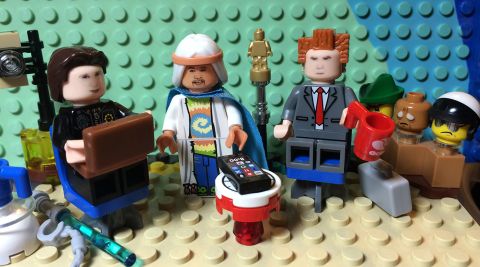 Creating custom LEGO figures of real people is not just a fun process, but it also allowed us to be part of peoples’ lives during heartfelt moments that we never expected. We had the honor of making young LEGO-fan Mitchell Jones’s entire family into minifigME characters, which brought him joy just days before his tragic passing from Muscular Dystrophy (read full story here: Remembering Young LEGO-Fan Mitchell Jones). We also made a minifigME of a single father Marine and his young son and they, literally, carried each other around in their pocket (and their hearts) until they were reunited. We’ve also done minifigME characters of siblings for 3 families of separated foster kids that helped soothe their feelings of being apart.

These examples (and others we’ve experienced) just goes to show that LEGO is so much more then just a lifeless toy. We believe that facilitating kids to have their faces printed on “the all-time greatest toy ever made” fosters positive self-esteem as they can play out being Olympians, princesses and superheroes with their very own minifigure. And for parents minifigME characters are the perfect keepsake – like a child’s handprint from kindergarten. 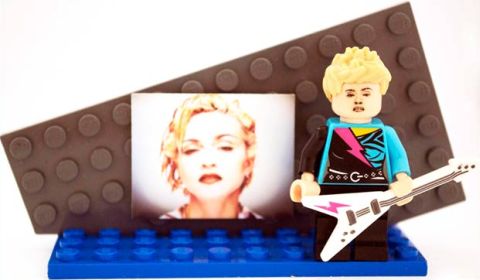 If you would like to make your own minifigME character or considering minifigME as a gift to someone, come by to our website at minifigME.com and we can help you with the process. Also, if you have any questions, comments, suggestions or requests, please feel free to ask in the comment section below. Thanks for reading! (UPDATE: this website is no longer active.)