We have looked at most of the upcoming 2014 LEGO summer through the various toy fair reports earlier this year, as well as the recently released official images (see links at the end of this post). There is one more LEGO theme that we haven’t covered yet, and that is the 2014 LEGO Marvel Super Heroes summer sets. So let’s check them out! 🙂

➡ #76019 LEGO Super Heroes Starblaster Showdown – this set is based on the upcoming film, Guardians of the Galaxy. It features a small spacecraft and 3 characters: Star-Lord, Sakaaran Soldier, and Nova Corps Officer. 196 pieces. Price: $19.99 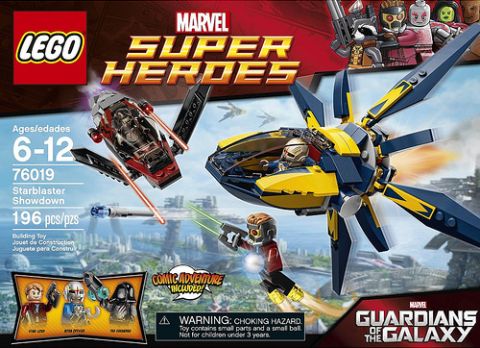 ➡ #76020 LEGO Super Heroes Knowhere Escape Mission – this set is also based on the upcoming film, Guardians of the Galaxy. It features a broken platform on lava and 4 characters: Sakaaran Soldier, Groot, Rocket Raccoon, and Nebula. 433 pieces. Price: $39.99 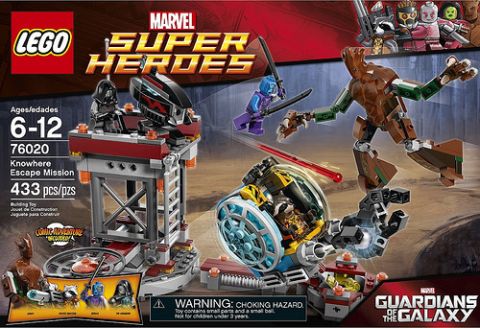 ➡ #76021 LEGO Super Heroes The Milano Spaceship Rescue – this set is also based on the upcoming film, Guardians of the Galaxy. It features the Guardians main yellow and blue source of transport, a small one-man space craft, and 5 characters: Star-Lord, Gamora, Drax the Destroyer, Ronan the Accuser, and Sakaaran Soldier. 665 pieces. Price: $74.99 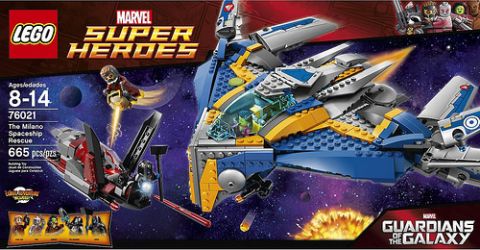 ➡ #76022 LEGO Super Heroes X-Men vs. The Sentinel – this set is based on the X-Men comic franchise. It features X-Men’s main source of transport the Blackbird and 5 characters: Storm, Magneto, Cyclops, Wolverine, and Sentinel. 336 pieces. Price: $49.99 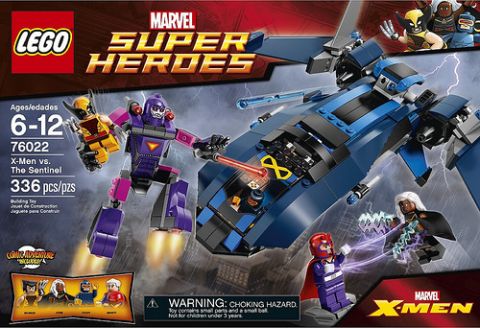