We have talked about the LEGO Ninjago summer sets as they were revealed at the various toy fairs earlier this year, however now that official images are available it is a great time to revisit them. Both of the upcoming LEGO Ninjago sets are tied in with the latest Ninjago TV show episodes, and neither of them disappoint. So let’s take a look! 🙂

➡ #70727 LEGO Ninjago X-1 Ninja Charger – I absolutely love the look of this vehicle! It is red, mean-looking and fast. And it is a 2-in-1 vehicle with a motorbike shooting out the front when Kai feels like he needs to go even faster or in tight places. What can I say? It is brilliant! Here is the official description: Kai’s X-1 Ninja Charger is an awesome 2-in-1 vehicle! Set off in hot pursuit of the Nindroids who have stolen Kai’s Techno-Blade. Aim the flick missiles at the Nindroid disc flyer and steer clear of its saw blades. Rotate the engine bay and fire the dual shooter to target the jet-packing Nindroid hovering above. Open up the hood, activate the built-in interceptor bike and accelerate to retrieve that valuable Techno-Blade! Includes 3 minifigures with weapons: Kai and 2 Nindroids. 426 pieces. Price: $39.99 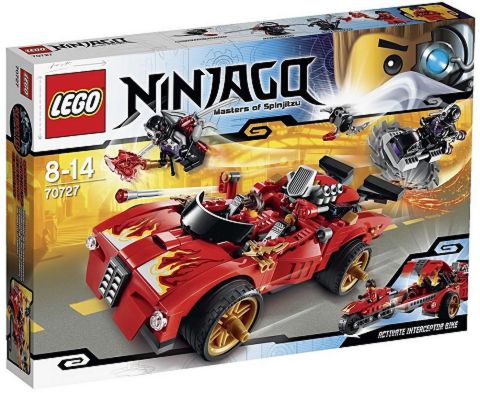 ➡ #70728 LEGO Ninjago Battle for Ninjago City – Another very nice set. The red, dark-green and gold used for the temple looks beautiful, and there are also some nice detail work all around, including the printed window-panes and those big gold wheels. And it looks like it also comes with a lot of play-features. Here is the official description: The huge evil OverLord has powered up and is threatening to take over New Ninjago City. Help the Ninjas to defend the Ninjago temple using its awesome array of hidden features. Plan your strategy in the control room and activate the catapult stairs to send intruding Nindroids flying. Evade laser-cannon fire from OverLord and retaliate by triggering the tower’s dual catapult and hidden disc shooter. Zoom down the zip line from the roof with Lloyd, spin the rotating walls to reveal hidden weapons, and glide into battle with Jay. Outsmart those Nindroid invaders and lock them up in the prison! Includes 8 minifigures with assorted weapons and accessories: Jay, Lloyd, Zane, Nya, OverLord and 3 Nindroids. 1223 pieces. Price: $119.99 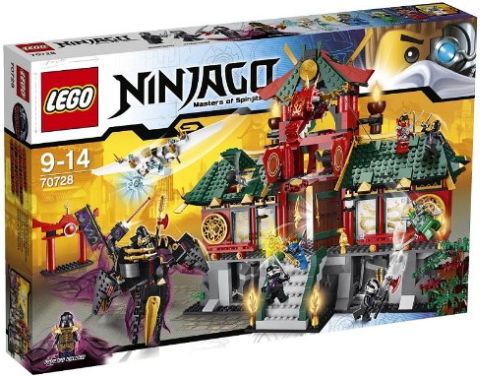 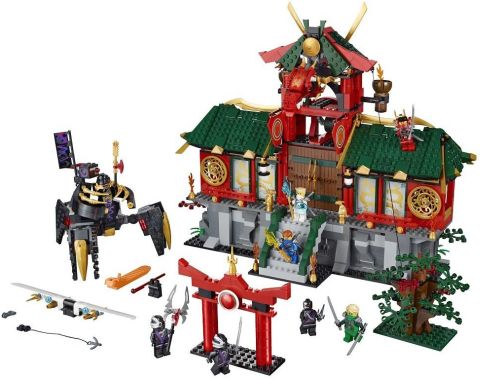 I would say that both of these LEGO Ninjago sets are very solid and worth the price. I’m definitely getting Kai’s vehicle as I really like the look. Somehow I always liked Kai’s vehicles the most… What about you? While we are waiting for these sets to get released, you can check out the currently available LEGO Ninjago sets at the Online LEGO Shop.

So what do you think? How do you like the LEGO Ninjago summer sets? Are you planning to get either of them? Or both? Feel free to share and discuss in the comment section below! 😉

You may also like to check out the LEGO Ninjago section to watch previous episodes or select from the following recent posts: