The powerhouse series NINJAGO: Masters of Spinjitzu continues on Cartoon Network with two special episodes on Wednesday April 16 beginning at 6:30 p.m. (ET/PT). During the special episodes airing throughout 2014, the Ninjas will be pushed to their limits as they face new technological threats and gain new allies in this state-of-the-art and futuristic New World. Endowed with four mysterious Techno-Blades, the Ninjas will once again be forced to protect young Lloyd as they discover his Golden Powers only make the Nindroids stronger.

In “Blackout”, the power is out in all of Ninjago, but the hard drive containing the Digital Overlord has disappeared. Some mysterious Stranger has stolen it and is now sending alternatively powered Nindroids to attack the Ninja and capture Lloyd. “The Curse of the Golden Master” picks-up with the Stranger and the hard drive still missing. The ninjas’ search for the Stranger and the Digital Overlord brings them deep underground where an old enemy assists them. 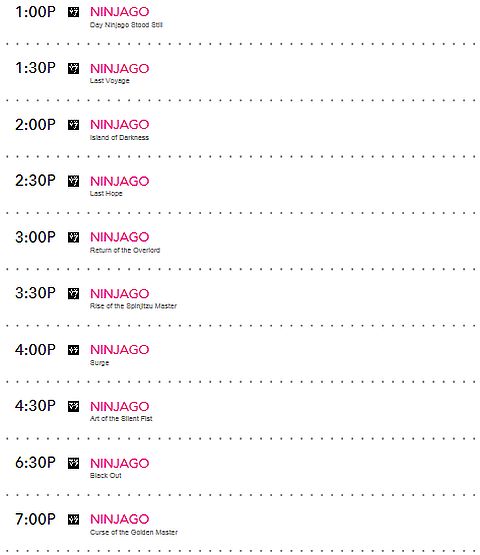 So get your popcorn ready and tune in to Cartoon Network tonight! I will also try to upload the episodes here if and when they become available online. Once you watched the episodes feel free come back and share your thoughts on it! Would love to hear what you think! 😉

You may also like to check out the LEGO Ninjago section to watch previous episodes or select from the following recent posts: