Just about a year ago I introduced you to a Hong Kong based small company that makes LEGO compatible light-bricks. (See my previous review here: LEGO Light Bricks – More Options!) At that time they only produced clear casings for the light bricks with different color LED bulbs to provide variety. Since then they have released a second batch of their products, and this time the casing is also in color! 🙂

Just like the clear versions that I reviewed earlier, these LEGO compatible light bricks also come in two sizes, 2×3 and 2×4 studs, and they come in 6 gorgeous, fully LEGO compatible colors: trans-yellow, trans-orange, trans-red, trans-purple, trans-blue, and trans-green. The LED bulbs inside each light brick matches the color of the casing, so for example the trans-yellow brick has yellow LED, and the trans-red brick has red LED. The only exception to this is the trans-purple brick, which has the same blue LED as the trans-blue brick. 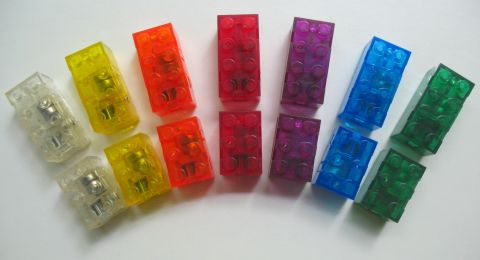 As I have mentioned in my previous review, these custom LEGO light bricks are compatible with LEGO with studs on top and tubes on the bottom that fit together with LEGO perfectly. As you can see from the picture, the smaller 2×3 light brick is almost the same size as LEGO’s own light-brick. There is a slight difference in the height and width of the light bricks, so encasing them fully could put some stress on your LEGO bricks. However if you leave them enough room and just stick them on top of studs, or under a plate or something, they work just fine. 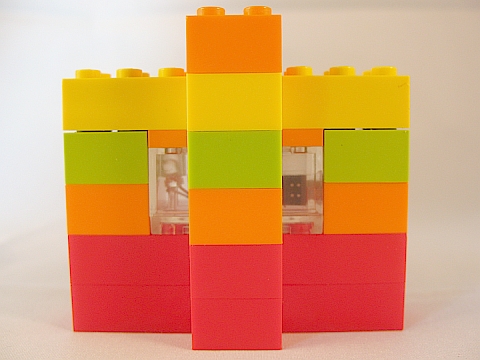 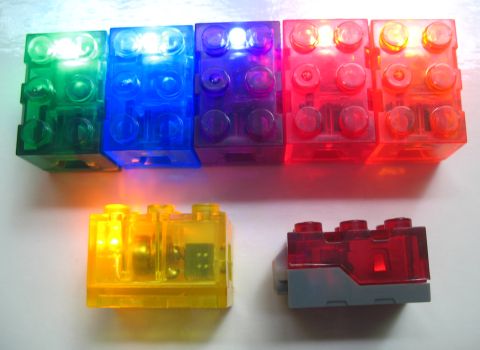 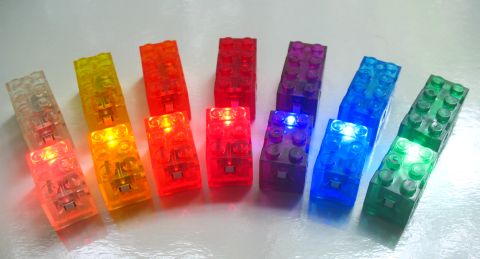 I really like to play with light bricks (who doesn’t?), so I use these in my LEGO creations all the time; red ones to light up my evil wizard tower, lighter color ones to brighten up LEGO houses on the inside, and I also have a multi-colored one in my dwarven cave. And of course they are also great for vehicles, spaceships and more. 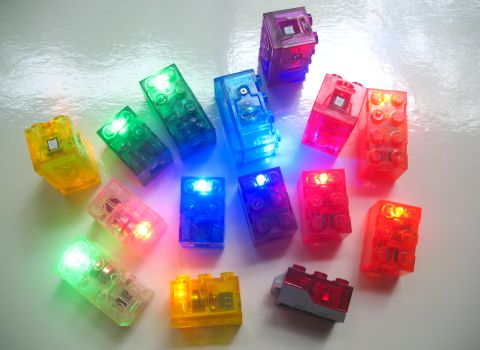 I hope this review helps a bit to show you what options you have for lighting up your LEGO models. If you have any questions, comments, feedback, feel free to share them in the comment section below. 😉

Next post: How The LEGO Movie should have ended…