LEGO contests for some summer fun!

There are three LEGO contests running right now I wanted to bring your attention to. They are fun, interesting and challenging ways to keep yourself busy this summer, and the prizes are great! So let’s take a look! 🙂

➡ THE LEGO MOVIE EMMET AWARDS COMPETITION: This is an ongoing contest with a different challenge every month. This month the contest is to build the biggest, wildest and most awesome spaceship model ever! Also, you will need to include a cool pilot and a co-pilot in your photo. This contest runs until the end of June. And as this is part of an ongoing string of contest, for each contest there are five nominees. Those nominees will each win an exclusive prize. At the end of all of the contests one winner will be chosen from each contest. Those winners will each win the full 2014 The LEGO Movie product assortment. There will also be One Grand Prize winner that will take home an amazing one of a kind gift. Read details, rules and how to enter the contest here: LEGO EMMET AWARDS CONTEST DETAILS

➡ LEGO FRIENDS IN SPACE COMPETITION: This contest is run by the official LEGO bookmarking site ReBrick. Here is the announcement: LEGO Friends are going where they’re never gone before….SPACE! But they need your help to get there. From spaceships to mecha suits to space stations, we want you to help us build everything the LEGO Friends gang needs to travel into the stars using LEGO Friends parts! So yeah, that means things like pink X-wings, and mechs decorated with flowers are fair game! The competition will run until August 8th, 2014 and the winners will be announced on August 18th, 2014. First prize winner will receive the entire range of LEGO Friends Jungle products (5 sets in total: #41032, #41033, #41036, #41038, and #41059) signed by their designers second prize winner will receive #41057 LEGO Friends Heartlake Shopping Mall signed by the designer, and third prize winner will receive #41037 LEGO Friends Stephanie’s Beach House signed by the designer. Read details, rules and how to enter the contest here: LEGO FRIENDS CONTEST DETAILS 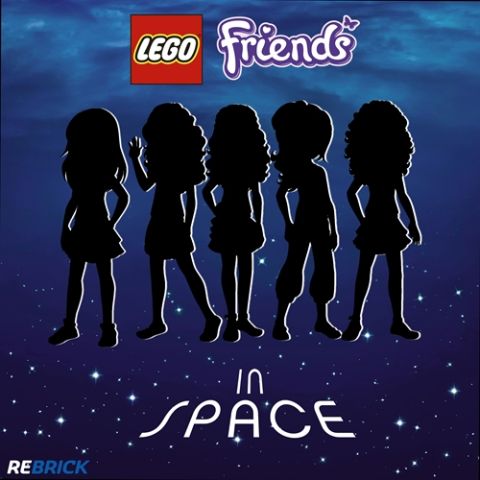 ➡ LEGO MIXELS SERIES 2 BUILDING COMPETITION: This contest is run by Brickset and the prizes are sponsored by LEGO. It is a repeat of the highly popular contest with the Series 1 Mixels run earlier this year. Basically you just need to build a Mixels ‘Max’ monster, from two or three (different) blue, orange or brown Mixels from Series 2. Entries will be judged primarily on the appearance of the monster – how cool, scary, weird, whacky, inventive, imaginative it is – but judges will also be on the look-out for interesting building techniques and use of parts. The competition will run until July 6th, 2014 and the winners will be announced on July 11th, 2014. First prize winner will receive #70816 LEGO Benny’s Spaceship, Spaceship, SPACESHIP!, second prize winner will receive #70815 LEGO Super Secret Police Dropship, and third price winner will receive #70814 LEGO Emmet’s Construct-o-Mech. Read details, rules and how to enter the contest here: LEGO MIXELS CONTEST DETAILS 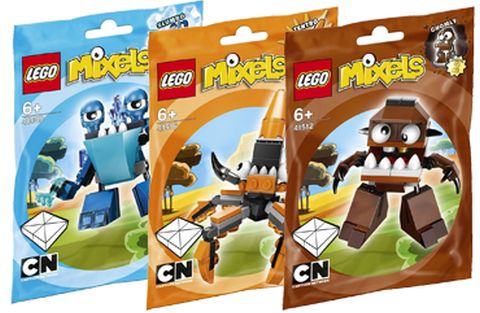 So what do you think? Are you planning to enter any of these LEGO contests this summer? If you do, let us know so we can cheer for you! 😉