As we have discussed earlier (see links at the end of this post) the new LEGO Ultra Agents sets are now available at LEGO retailers, official LEGO stores and the Online LEGO Shop. Besides the sets being really-really cool in themselves, with a Tron-like color-scheme and great minifigures, LEGO Ultra Agents also comes with an accompanying app to expand on the story and play-experience. 🙂

The LEGO Ultra Agents app is available free at Google Play, so I thought you might want to check it out. Here is the official description of the LEGO Ultra Agent theme, so you get an idea what the story is about: “Chaos has come to Astor City! A group of super villains is attacking the city districts. The police force has been overthrown and the city seems helpless. But all is not lost! The Ultra Agents, a secret force of elite operatives, have sworn to protect the city and capture the villains. Help Agent Solomon Blaze and the rest of the Ultra Agents save Astor City from the crazed super villains before it’s too late!” 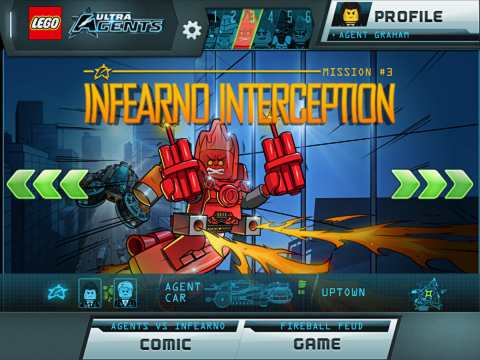 And here is the description of the LEGO Ultra Agents app which will allow you to participate in the story: “Astor City is under attack from a mysterious group of Super Villains! Will you save it? Ultra Agent, this is no every day band of Super Villains, it’s going to need everything we can throw at them: our mobile command center, quad bikes and supersonic jets are all at your disposal. Find clues, solve mysteries and save the city by joining the new Ultra Agents – Astor City’s elite crime-fighting force. Use your skills and abilities to stop Toxicita stealing the deadly Pollutonium from the lab. Bring down Tremor as he tries to access the Ultra Agents’ secret computer core. Dare you go head to head with Infearno on his flaming hover board?” 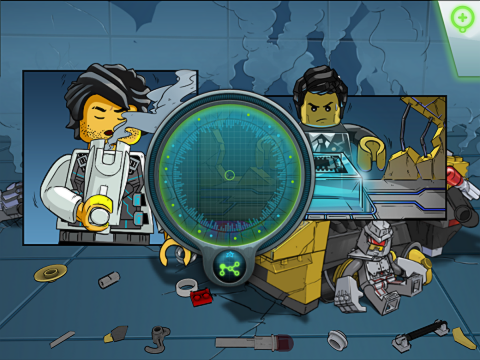 The LEGO Ultra Agents app features six different missions to complete, one for each of the Super Villains: Adam Acid, Tremor, Infearno, Toxikita, Psyclone and Terabyte. The missions consist a graphic story in six thrilling episodes – one for each mission. There are also six clues to uncover for each episode and if you get all of them, you can unlock instructions for a mini LEGO model using the corresponding LEGO Ultra Agents set. And there is a game that you can play with each episode. None of them are too difficult and they are quite fun; avoiding obstacles while chasing down the villains and such. 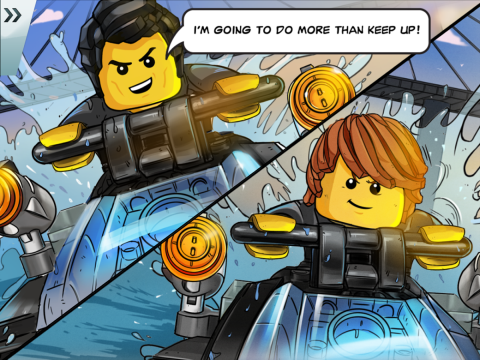 The graphics and sound-effects of the LEGO Ultra Agents game are excellent and enjoyable for older players as well. Try it! As I mentioned it is available free at Google Play for Android devices (please note you need to need to have Android 4.0 or above). Recommended usage is on tablet devices for an optimal experience. You can download the app here. And if you would like to check out the LEGO Ultra Agents sets, visit the Online LEGO Shop.

Previous post: How to become a LEGO Master Builder