Today I would like to share with you an incredibly well-made LEGO stop-motion film by French animators France & Alex. The story is based on real historical events revolving around the mysterious Beast of Gévaudan; man-eating, wolf-like creature (or creatures) which terrorized the former province of Gévaudan in France between 1764 and 1767. The film is in French, but you can turn on caption in English below the video-player. It is a fascinating story with many twists and turns. 🙂

This LEGO stop motion film starts out with setting the scene for the story, based on true events. The caption reads: “Picture of the monster that saddens the Gévaudan country. This beast is the size of a young bull. It preferably attacks women and children. It drinks their blood, cuts their hear off and takes it away. 2700 pounds are promised to whoever kills this animal.” Interesting? Turn on the captions by hitting the little CC button below the video and enjoy the show!

Amazing film isn’t it? And a gripping story! It is also interesting to see how ordinary people, the church, and Louis XV (the French king at that time) responded to the reported events. And as far as the LEGO stop-motion film itself, the animation, editing, special effects and music are excellent – something that is not easy to achieve with LEGO stop-motion techniques, and takes tremendous time and patience. According to the information at the end of the video, it took about 3 years to make this film. Below is a behind-the-scenes look at how it was made. 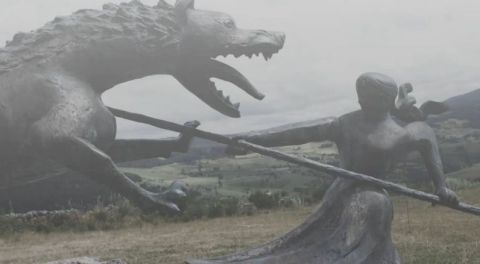 The Beast of Gévaudan (French: La Bête du Gévaudan) is the historical name associated with the man-eating wolves or wolf-like animals which terrorized the former province of Gévaudan (modern-day département of Lozère and part of Haute-Loire), in the Margeride Mountains in south-central France between 1764 and 1767. The attacks, which covered an area stretching 90 by 80 kilometers (56 by 50 miles), were said to have been committed by beasts that had formidable teeth and immense tails according to contemporary eyewitnesses. Witnesses also saw the beast was wounded at several occasions without dying. Those injuries include shots at point blank range. 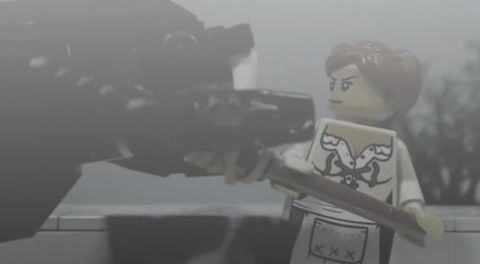 Victims were often killed by having their throats torn out. The French government used a considerable amount of manpower and money to hunt the animals; including the resources of several nobles, the army, civilians, and a number of royal huntsmen. The number of victims differs according to sources. In 1987, one study estimated there had been 210 attacks; resulting in 113 deaths and 49 injuries; 98 of the victims killed were partly eaten. However, other sources claim it killed between 60 to 100 adults and children, as well as injuring more than 30. 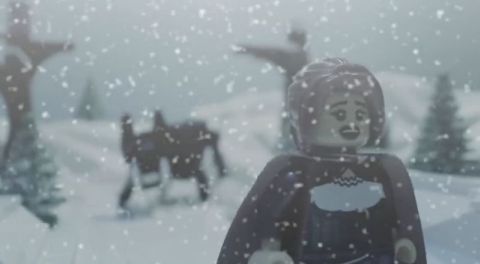 Descriptions of the time vary, but generally the beast was said to look like a wolf but about as big as a cow. It had a large dog-like head with small straight ears, a wide chest, and a large mouth which exposed very large teeth, and was in some reports said to have a muzzle like that of a pig or calf. The claws on its feet were as sharp as razors. The beast’s fur was said to be red in color but its back was streaked with black. It was also said to have quite an unpleasant odor. 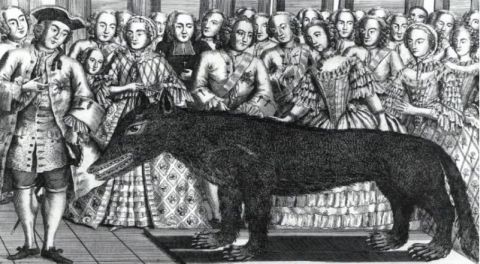 The Beast of Gévaudan carried out its first recorded attack in the early summer of 1764. A young woman, who was tending cattle in the Mercoire forest near Langogne in the eastern part of Gévaudan, saw the beast come at her. However the bulls in the herd charged the beast keeping it at bay, they then drove it off after it attacked a second time. Shortly afterwards the first official victim of the beast was recorded; 14-year-old Janne Boulet was killed near the village of Les Hubacs near the town of Langogne. 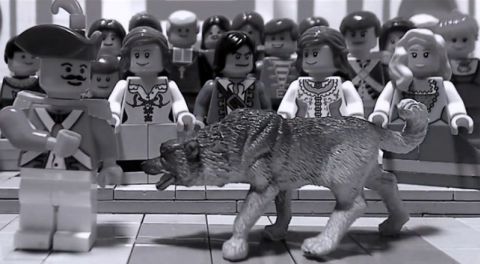 Over the later months of 1764, more attacks were reported throughout the region. Very soon terror had gripped the populace because the beast was repeatedly preying on lone men, women and children as they tended livestock in the forests around Gévaudan. Reports note that the beast seemed to only target the victim’s head or neck regions; the bites were not to the arms and legs – the usual body parts favored by known predators such as wolves – making the woundings unusual.

Since the late 18th century, numerous explanations have been promulgated as to the exact identity of the beast. However none of the theories have been scientifically proven. Suggestions as to what sort of cryptid animals roamed Gévaudan have ranged from exaggerated accounts of wolf attacks, to the myths of the werewolf, or a punishment from God. Modern theorists now propose the beasts were some type of domestic dog or a wolf-dog hybrid on account of their large size and unusual coloration.

What do you think? How did you like this LEGO stop-motion film? And what about the story? Do you think the beast was a large wolf? Or something else? Feel free to share and discuss in the comment section below! 😉