If you are looking for a fun way to decorate your office or living space, check out these very creative LEGO Brick Sketches by Chris McVeigh. You might get some ideas to make your own! 🙂 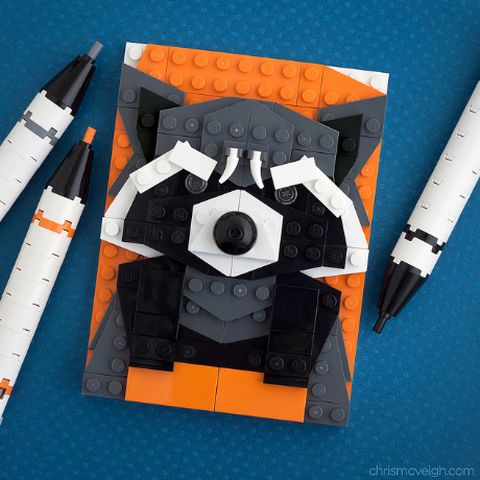 Chris started his LEGO Brick Sketches project about a year ago and it instantly got recognition from the LEGO fan community, for a good reason! The idea is actually quite simple; make two dimensional pictures of comic book and cartoon characters using mostly LEGO plates, plus a few specialized elements for detailing. The finished picture looks like it was drawn with markers. In fact, to emphasize that look, Chris always adds three LEGO brick-built markers to compliment the picture.

The brilliancy of these LEGO Brick Sketches lies in their simplicity. They are all built on 12×16 stud bases and don’t require someone to have a huge LEGO collection. Each picture utilizes the natural shapes and colors of LEGO elements to create instantly recognizable characters.

So far Chris has “drawn” thirty “pictures” using his magical LEGO markers, with the latest one being Rocket Raccoon from the recently released Guardians of the Galaxy film (see first picture above). You can check out all the other awesome and fun characters at Chris’ flickr gallery at the following link: LEGO Brick Sketches Album 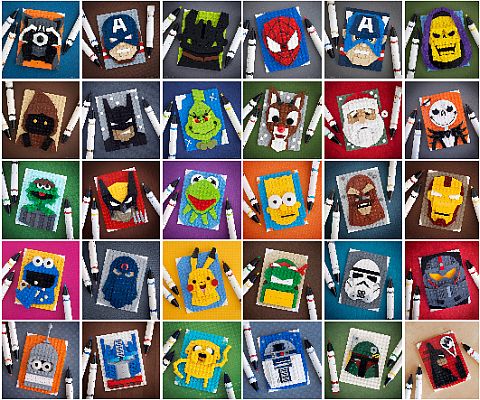 If you would like to build some of your own LEGO Brick Sketches, I recommend that you study the ones created by Chris to familiarize yourself with the technique. You may even consider copying your favorite one, so you get an idea on how to make them. One great thing about two dimensional LEGO creations, is that you don’t need extensive building instructions; just look at the picture, take your LEGO elements, and build them! 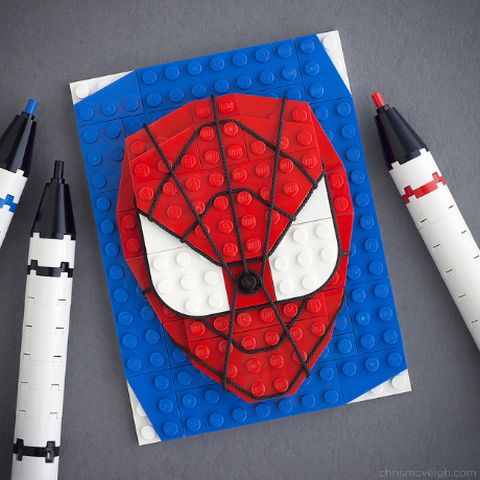 Once you work with one or two of Chris’ designs, you are ready to create your own. Pick your favorite comic book or cartoon character, and start building! It is almost like building a puzzle, with figuring out how the different shapes best fit the character. If you like, you can even print out an exact size of the character you want to recreate in LEGO, and just follow the shapes with your LEGO elements right on the paper. Once you get it right, you can transfer the LEGO sketch to the appropriate LEGO baseplate.

As I mentioned at the beginning, using LEGO this way works really well as decoration for both home and office. And I’m pretty sure that LEGO Brick Sketches would also be well received as gifts that both kids and adults could appreciate – just thought to mention that since the holiday season is coming up fairly soon. And as you may remember, we have featured Chris here before; he is well known for his sweet LEGO Christmas ornaments and other small models that you can check out at his website ChrisMcVeigh.com. 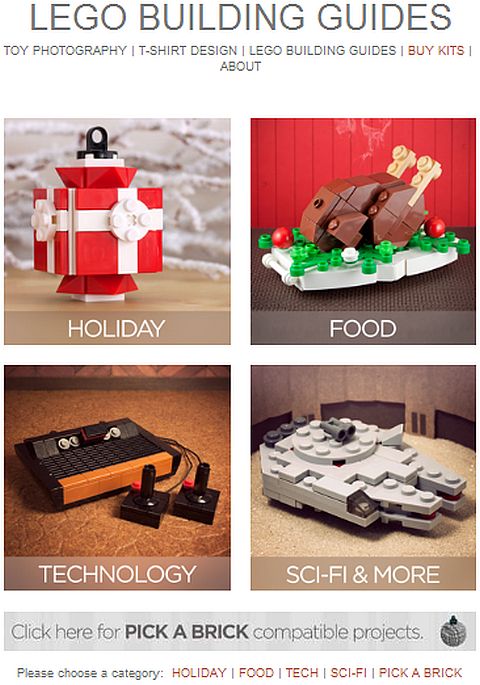 So what do you think? How do you like these LEGO Brick Sketches? Are you planning to try to build your own? Or have you done some already? Feel free to share in the comment section below! 🙂