You might remember that a couple of months ago LEGO announced a new line of products called LEGO FUSION. You can read the full press-release here: LEGO FUSION – Blanding Real & Digital Worlds, and see a video-demo on how the sets work: LEGO FUSION New Website & Video Preview. Three of the four LEGO FUSION sets are now available and you can also download the corresponsive apps for each set for free. 🙂

LEGO FUSION was a response to parents’ concerns about children preferring and spending too much time on digital games. Rather than taking away that tablet device and giving children a bucket of LEGO bricks – which they likely won’t appreciate – LEGO FUSION encourages children to build with real LEGO bricks without completely taking away the digital gaming experience. Going back and forth between the digital and real world aspects of LEGO FUSION children can have fun in both worlds. And I admit they also look quite fun for adults. I always liked the funny humor of LEGO games. 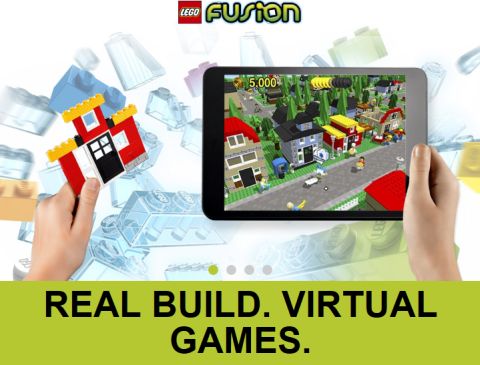 LEGO offers four LEGO FUSION sets, each of them with a different theme; #21204 LEGO FUSION Town Master with a LEGO City flavor, #21205 LEGO FUSION Battle Towers for LEGO Castle fans, #21206 LEGO FUSION Crate & Race focuses on building and playing with small race-cars, and #21208 LEGO FUSION Resort Designer for LEGO Friends fans. The first three sets are available right now at the Online LEGO Shop, and the last set will be available at the beginning of September.

Once you get any of the sets, you can download their respective apps for your smart-phone or tablet from the Apple App Store, Google Play, Samsung Apps and the Amazon Appstore. You don’t have to hunt for the apps though for your particular device, you can get the direct links from the official LEGO FUSION website. Each of the sets have a different app, and they are free to download from the aforementioned link. 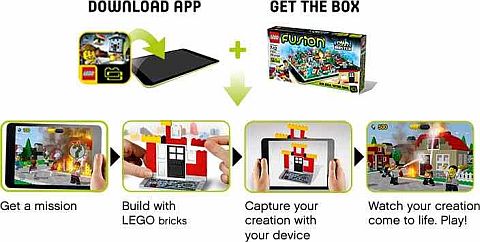 While you are at the LEGO FUSION website, I also recommend you check out the video-tutorial with the Senior Concept Designer of LEGO FUSION who gives you some great tips and ideas on how to play. (I planned to include the video here, unfortunately it is not embeddable, so I added another video-review  below that is also interesting.)

➡ #21204 LEGO FUSION TOWN MASTER: Rule your town and create it the way you want by building with real LEGO bricks that come alive in this virtual world! Find out what your mini citizens need in the LEGO Town Master App for your smart-phone or tablet. Then build it with real LEGO bricks! Create restaurants, shops, fire stations, roads and more on the LEGO Fusion baseplate. Snap it into your virtual game with just a click and watch it come to life! Earn valuable studs, power and rewards by completing missions and mini games as they pop-up throughout your town. Expand your virtual world in every direction. Includes Mayor minifigure. 256 pieces. Price: $34.99 – BUY HERE 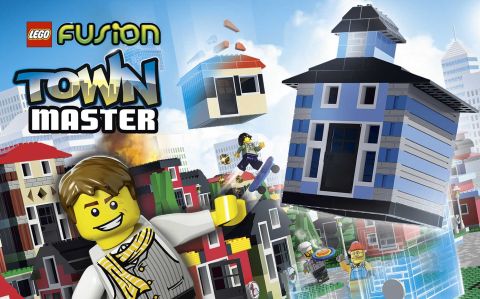 ➡ #21205 LEGO FUSION BATTLE TOWERS: Your kingdom is under attack and only you have the power to defend it. Design and defend your Battle Tower against unpredictable invaders by building with real LEGO bricks! Build your 2D tower, layer by layer with LEGO bricks on the LEGO Fusion baseplate. Then snap it into your virtual game in the LEGO Battle Towers App for your smart-phone or tablet with just a click. Watch it come to life in 3D! Recruit an army of wizards, archers and even castle chefs, ready to fight for you when darkness falls. Arm them with cool defenses including magic, fireballs or arrows and prepare for battle! Repair and redesign as you learn what will keep your tower intact to earn studs, unlock special features and reach the crown in the sky! 212 pieces. Price: $34.99 – BUY HERE 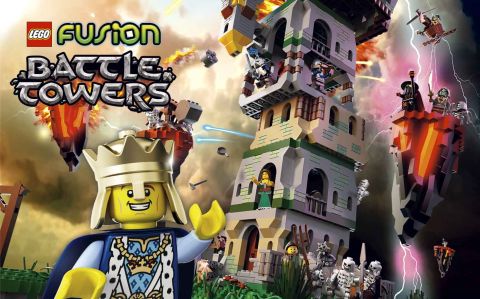 ➡ #21206 LEGO FUSION CREATE & RACE: Get behind the wheel of the virtual cars that you create with the digital designer, then build with real LEGO bricks! Compete on racetracks, stunt courses and in demolition challenges to dominate the leaderboard with your designs on your smart-phone or tablet! Take them to the track, then tune them up in the LEGO garage before each epic race for glory – where every brick matters! Watch as each element changes the stats of your creation. Build racecars, monster trucks and more with endless customization for maximum impact. 223 pieces. Price: $34.99 – BUY HERE 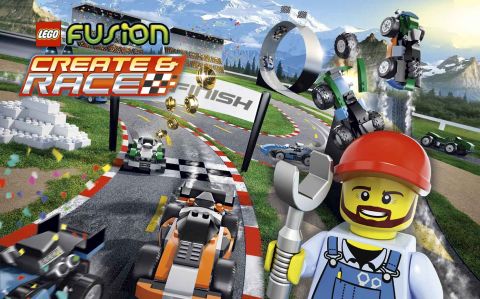 ➡ #21208 LEGO FUSION RESORT DESIGNER: Help the LEGO Friends build a dream summer resort! Use real LEGO bricks to build houses, rooms, shops and cafés. Then, bring your designs to life in 3D on your tablet or smart-phone. Create houses, shops, restaurants, juice bars, surf shops, pet shops and everything your dream resort needs…the possibilities are virtually endless. Decorate the interior of your buildings any way you want! When you help Olivia to keep the Friends happy by building what they need, you’ll earn studs, accessories and unlock special features. Challenge yourself with missions and mini-games when they pop-up throughout the resort. Includes Olivia mini-doll. 263 pieces. Price: $34.99 – BUY HERE 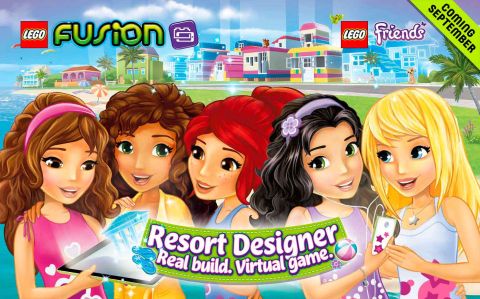 So what do you think? Does LEGO FUSION sounds interesting to you? Are you planning to try it out? Which one of the sets do you like best? Feel free to share and discuss in the comment section below! 😉