Today I thought to write a bit of an update on various LEGO Ideas projects. As you probably know already, LEGO Ideas is a platform where LEGO fans can submit their own ideas for future products, and if 10,000 people vote for them, LEGO will consider them for production. 🙂 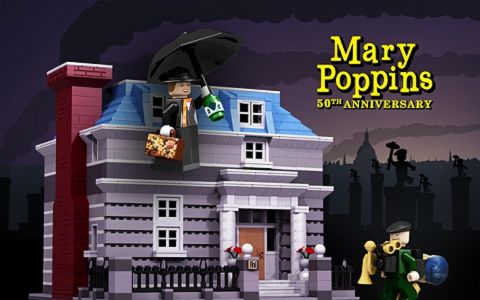 For LEGO fans it is worth checking out LEGO Ideas from time to time, even if you don’t come up with anything else to submit your own. You may find that someone else has a project that you really like and would love LEGO to produce it. You can help make that happen by voting for the project and also sharing it with friends and family with social-media platforms, websites, forums and blogs. (Like for example the LEGO Mary Poppins 50th Anniversary set by nicktierce pictured above, or the LEGO Age of Empires II set by artizan seen below.) 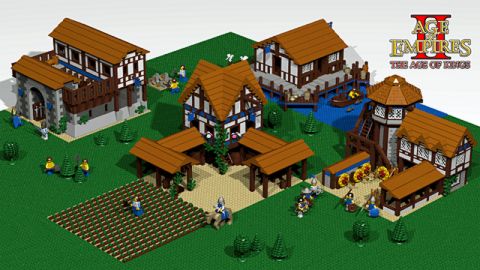 The LEGO Ideas website (formerly LEGO CUUSOO) is very simple to navigate and search. If you click on the Discover tab on top of the page (or the link will take you right there), you can then sort results by Most Supported, Most Comments, Most Recent, Most Followed, Ending Soon (there is a limit of 365 days from the time of submission to get the required number of votes), and Relevance. You can also filter by tags, but I didn’t find this particularly useful as some people use tags improperly, or don’t use them at all. 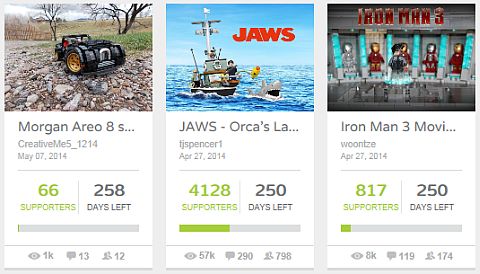 As a blogger, I like to sort by most supported projects. This gives me all the submissions that already achieved 10,000 votes and are either available for sale, in queue for review, under review, or has been rejected. This list is closely followed by projects that are almost there as far as the required number of votes. I usually update our readers about these submissions and they just need a little bit of boost to make it to the next review period. If you have the time to discover some gems, you can sort results by most recently uploaded. These are the newest projects that will need all the help possible to get the required number of votes. You can be the first to learn about them, and begin supporting them with your votes and by spreading the word. 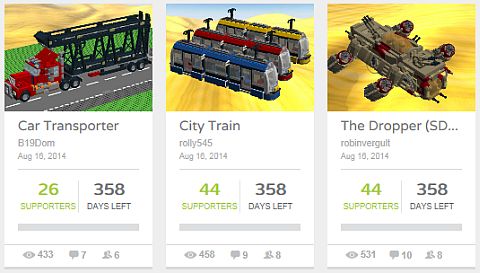 Currently there are a number of projects that are under review, we have discussed these before (see links at the end of this post), but I thought to add them here for your reference: the LEGO Bird Project by DeTomaso, the LEGO Modular Apple Store by gotoandbuild, two different LEGO Doctor Who projects (one by AndrewClark2 and the other by GlenBricker), the LEGO Big Bang Theory set by Alatariel (who also designed the recently released #21110 LEGO Ideas Research Institute), and the LEGO BTTF Jules Verne Train by m.togami. We should be hearing from LEGO sometimes soon to see which of these projects gets approved, if any. I’m looking forward to the announcement as there are a number of projects I really like from this review-period and I see the potential of them becoming official LEGO sets. 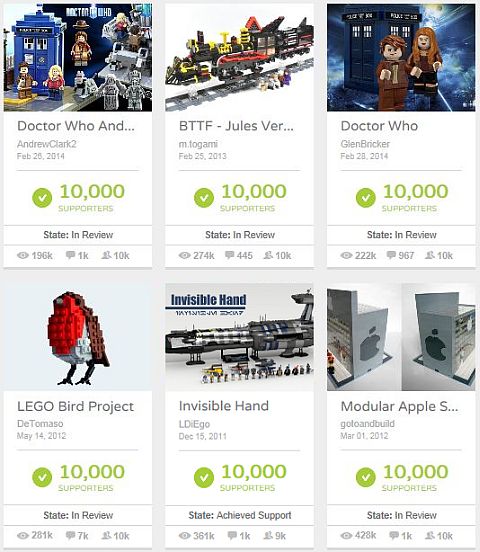 Then there is the list of LEGO Ideas projects that are ready for review in the next period: the LEGO Star Wars Invisible Hand by LDiEgo, an adorable LEGO WALL-E by MacLane, the LEGO Ghostbusters HQ project by Sergio512, two dollhouse-like LEGO mansions by DarthKy (one for X-Men and the other for Batman), Darth Vader and Luke Skywalker’s life-size LEGO Lightsabers set by scott34567, and the massive Ultimate Collector Series LEGO Star Wars AT-AT by Cavegod. To be honest I don’t see any of the Star Wars sets making it through the review period, but the other ones might have some potential as official LEGO sets. 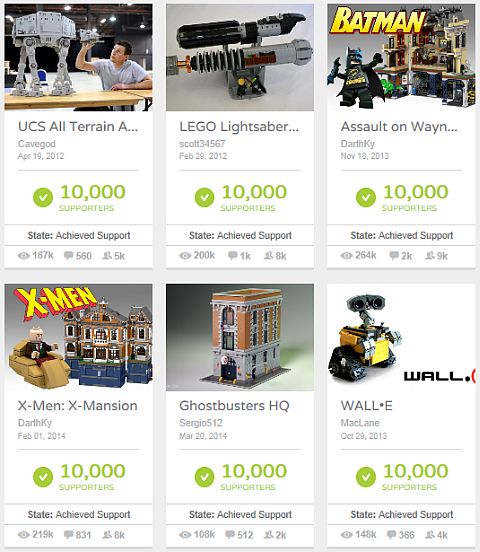 Next are the project that haven’t reached 10,000 votes yet, but they are quite close: the LEGO Labyrinth Marble Maze by JKBrickworks and the LEGO Hubble Space Telescope by GRusso were originally listed on LEGO CUUSOO two years ago and have been slowly gaining support. There are also a couple of massive LEGO sailing-ships – one by Sebeus and the other by Lyonsblood – that are past the halfway mark as far as votes. Then there is another LEGO Legends of Zelda project – I don’t know how long LEGO is going to keep rejecting these… this is like the third or fourth one that is going to make it to 10,000 votes, isn’t it? I’m sure that the LEGO Avengers Helicarrier will get the required votes, however I think it is beyond the size LEGO is willing to make. And this is a problem with several of the submissions; it is not just about the votes, it is about seeing if the project fits with LEGO’s business-model and makes sense to produce en masse. If someone goes through all that trouble to submit and promote an idea, they might as well also make it easy for LEGO to say “yes” to it. 🙄 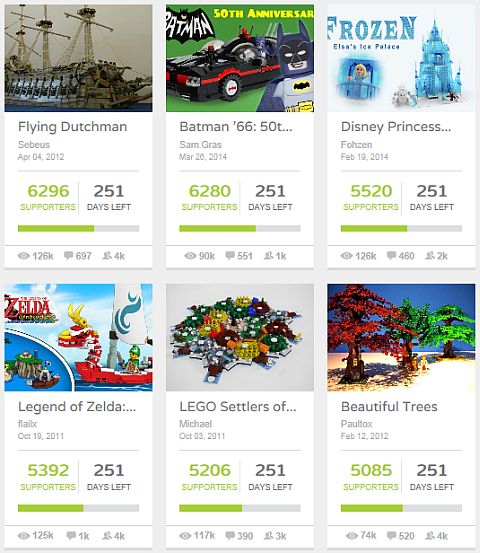 There are also some cute projects that are getting momentum: the LEGO Little Prince by Colin 23, the LEGO Store by RayC, Elsa’s Ice Palace (from the movie “Frozen”) by Fohzen, and a minifigure size LEGO Piano by Hidaka. There are many more upcoming projects that are getting strong support and worth checking out and voting for to push them forward. It is up to you, and me, and the LEGO fan community to make them happen. So support the ones that you like! And to check out the currently available LEGO Ideas sets, visit the Online LEGO Shop.

So what do you think? Which one is your favorite LEGO Ideas set that has been released so far? And which upcoming projects are you voting for? Are you looking forward to the next LEGO Ideas announcement? Feel free to share and discuss in the comment section below! 😉

Next post: Love in Black & White – a LEGO mime story