It looks like the recently released #10242 LEGO Creator MINI Cooper is getting lots of love from the LEGO fan community. This set is more suitable for older teens and adults, as it is not so much a play-set, but meant for display – however that doesn’t mean that adults don’t play with them. 🙂

In fact as far as adult-oriented sets are concerned, the LEGO MINI Cooper is full of play-features; like the opening doors, hood and trunk, and that picnic-basket and blanket are just darling. You just want to play around with this thing! And while some people are content to display or play with the original set as it was designed, other LEGO fans are getting inspired to modify the LEGO MINI Cooper. 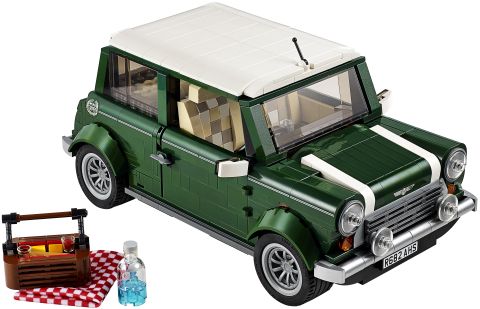 I have shown you a convertible version of the LEGO MINI Cooper in a previous article, which is super nice (see here), and today I would like to introduce you to a completely different kind of modification – a fusion between two great classics; the MINI Cooper and LEGO Classic Space. 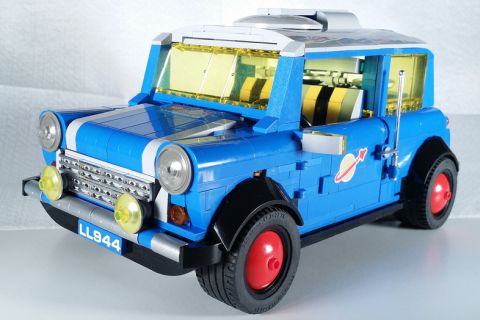 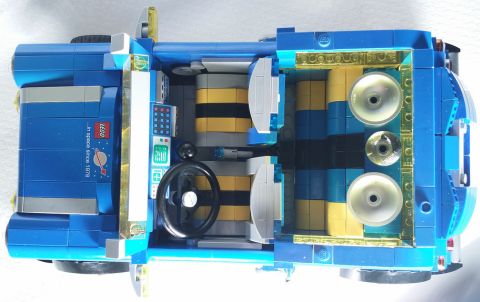 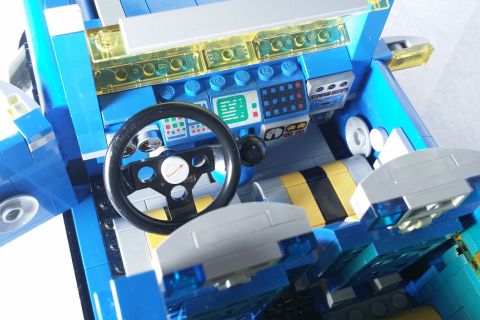 And how about those powerful audio-speakers (that would make Batman from The LEGO Movie very happy), the very LEGO Classic Space-y engine under the hood at the front, and those giant thrusters in the trunk at the back? Awesome, aren’t they? I guess the lovely picnic-basket had to go… we are talking about a serious space-vehicle here that means business! 🙄 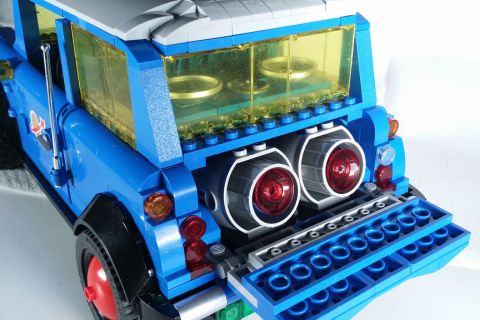 As you can see there is so much fun to be had with the #10242 LEGO Creator MINI Cooper! The set itself is great, and you can also take it to new level with your own modifications. If you are interested in this set, it is currently available at the Online LEGO Shop.