If you build your own LEGO models you are most likely already familiar with BrickLink.com, the Unofficial LEGO Marketplace were you can buy LEGO sets, parts, minifigures, instructions booklets, posters, and everything else ever made by The LEGO Group. BrickLink is somewhat like eBay, with buyers and sellers from all over the world, but specifically catering to LEGO fans. There has been some major changes brewing at BrickLink – some of which just went live a few days ago – so I felt it was important to let our readers know about them. 🙂 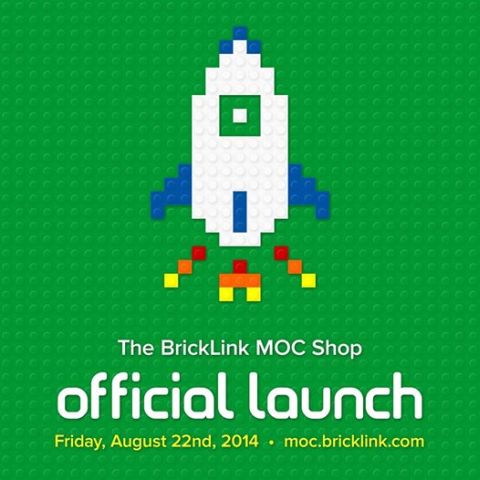 As you may remember, BrickLink was sold and taken over by new ownership just a bit over a year ago (see: LEGO Marketplace BrickLink Sold to Nexon). Since then there has been plans to modernize the website and also expand its reach. As BrickLink was built by one person and based on old and no longer used code, bringing the site up to modern standards means that it pretty much has to be rebuilt from scratch, while keeping all the wonderful and complex functionalities users love. A daunting task for sure… 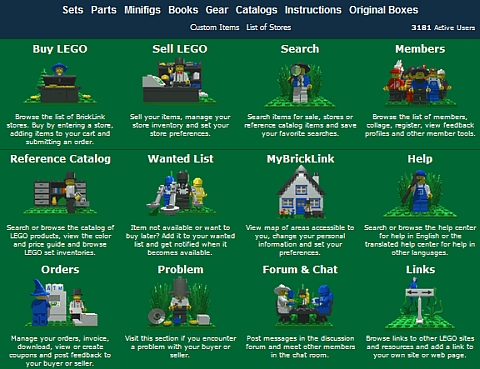 To ensure that the current usability of website remains intact, but also being able to try out new features that could be later added to the main site, BrickLink’s team decided to work on something brand new, called the MOC Shop. The MOC Shop is a venue where LEGO fans can list their own LEGO creations for sale (providing both the required elements and the building instructions). However instead of just the original creator being able to sell the kits, the MOC Shop provides a platform where other shops can sell the kits as well. This is especially useful for LEGO fans who like to make models, but don’t want to bother with sourcing parts, making kits and selling them. And it is also a nice way for shops to expand their inventory. The original designer, the shop selling the kits, and BrickLink shares the profit from each sale of the custom LEGO creation. 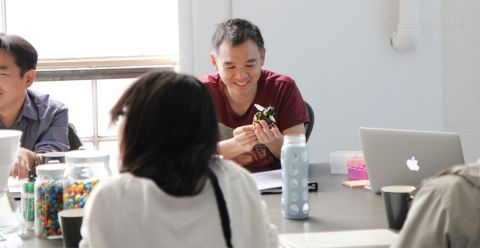 After much work and several delays, the BrickLink MOC Shop went live a few days ago. Below is the original announcement from Jay Kim, the current owner and CEO of BrickLink, with dedication to Dan Jezek the original founder of BrickLink:

“I am privileged to announce the release of MOC Shop, our first service as part of BrickLink’s modernization project. With over 300,000 registered users and 8,000 active sellers around the world, BrickLink has grown to be the largest marketplace run entirely by the LEGO fans and collectors. In the past year, BrickLink sellers sold more than $40 million worth of items – the biggest year ever for the BrickLink community. Transactions occurred from every sector of the globe spanning from the United States and Canada to Europe and Asia.

With MOC Shop, BrickLink is on a mission to bring the creativity of building back to the world by means of everyday commerce. We’re providing a platform where our sellers and buyers can meet a whole new category of designers. We not only sell loose parts and official LEGO sets but also custom designed sets built by the most innovative brick-artists around the globe. Our platform seamlessly connects designs to active BrickLink stores that will source the parts based on preference or popular demand. We’ve built a system where anyone can share, review, and purchase parts and manuals all in a collective experience. We’ve introduced the one-click solution for you to buy packaged MOCs as gifts or even just for yourself. By the end of this year, our goal is to deliver as many sets and models as possible through this platform. In the upcoming year, we will be rolling out new services for our customers and revamping the original BrickLink.com. We appreciate your valuable support along the way, and hope you stay tuned.”

As the BrickLink MOC Shop is still very new it doesn’t have an extensive offering of LEGO creations, but I believe as more and more people learn about it, it can become a popular place to buy and sell unique LEGO sets. Especially with the holidays coming up I think there is a good opportunity to promote the MOC Shop to LEGO fans who are looking for something unique. I would suggest that you check the site regularly to see what’s new. You may find something that you like, or you may want to upload your own design for others to buy. You can visit the MOC Shop at MOC.BrickLink.com. The Help Section is particularly useful to learn how to navigate the site and buy and sell LEGO creations. 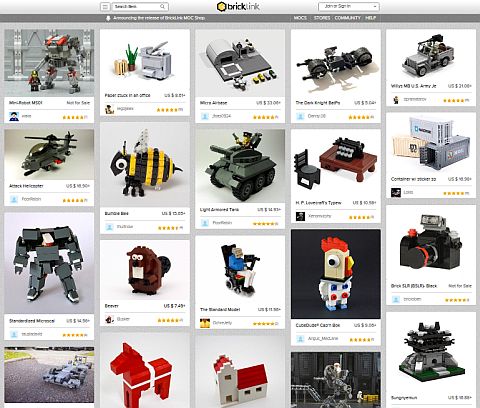 To promote the MOC Shop, BrickLink is also planning to run a series of LEGO building contests, the first of which is happening right now. It is called the Seed Part Challenge #1, which requires that you include in your entry at least one of a particular LEGO element (in this case a LEGO vehicle mudguard in medium-azure color). Winners will receive cash prizes, and will also have an opportunity to include their creation in the MOC Shop. You can read more about the contest here: MOC Shop Seed Part Challenge #1 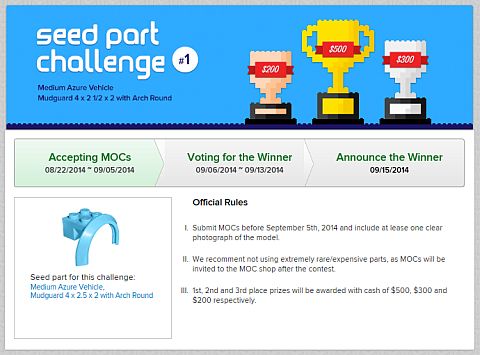 Another major addition to the website is BrickLink China Version 1.0, which was also just released a few days ago. Here is the original notice: “We’re happy to announce that the long-awaited Chinese version of BrickLink LEGO Marketplace – BrickLink China Version 1.0 – was launched on August 20th, 2014. BrickLink China is intended to serve Chinese LEGO players and other Chinese-speaking customers. We have added several handy functions on BrickLink China to provide a better user experience. This is a milestone in the history of BrickLink’s development. At this moment we want to thank all BrickLink users for your support to our team. We would not have made it this far without your help. Henceforth, user experience will be the thing we care about most. If you have any suggestions or ideas on BrickLink China, please feel free to let us know at any time.”

While expanding to new and emerging markets can be a good idea, there has been much debate at the BrickLink Forum about BrickLink China ever since its release – mainly concerns that China mostly floods the market with fake LEGO items, which is well evident on other online venues like eBay. BrickLink members are concerned that the new administration will allow other brands and counterfeit LEGO products to be sold, destroying the entire purpose and identity of the website. There has been no response from BrickLink’s administration in regards to these concerns, which is quite alarming to LEGO fans who are worried about BrickLink loosing its reputation of providing genuine LEGO products (at this point even LEGO employees recommend the website), and also giving a venue to illegal operations. We shall see how this story unfolds…

What do you think? Do you buy and sell on BrickLink? Are you looking forward to a modernized version of the website? What features would you like to see? And how do you like the MOC Shop? Are you planning to buy anything or sell your own designs? How about the contest? Are you going to enter? Feel free to share and discuss in the comment section below! 😉