At the recent San Diego Comic Con it was announced that there will be a third wave of The LEGO Movie sets coming out in January 2015. There was one set on display; the #70817 LEGO Movie Batman & Super Angry Kitty Attack; a small $10 set including Batman, Angry Kitty, a Robo-Skeleton, and a Micro-Manager – as you can see below (photo from Brickset.com). Unikitty fans are going to be very happy with having another variation of their favorite feisty little character. 🙂 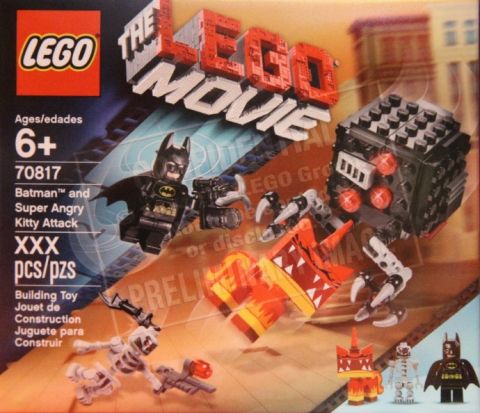 There is also a possibility of another set including Unikitty, as reported by Allan from TheBrickfan.com. Although this is still just a speculation, this new set might be the LEGO Master Builder Submarine, which was built by several of the main characters from The LEGO Movie – including Vitruvius, Benny, Batman, Wyldstyle, Unikitty and Emmet – while they were being chased by Bad Cop. The submarine is a mash-up of their different styles of building and it looks totally crazy and awesome. 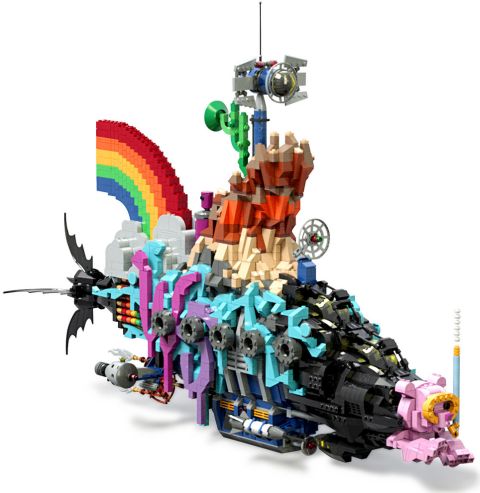 I have heard from a lot of LEGO fans who would be very happy with the submarine made into a LEGO set. I would too, although I’m really not sure if it will actually happen. The original submarine created in LEGO Digital Designer for the movie is quite large and part-dense, so it is going to have to be an expensive set. It also doesn’t seem to have a whole lot of play-features. As you can see from The LEGO Movie clip below, it was basically built hastily, then dove into the water. There is a little bit of the interior showing with the double-decker couch, but that’s about it.

Then, another possibility LEGO fans talk about is a LEGO Batman Batwing. This is also a quite large vehicle in the movie, but I could see it being made into a LEGO set. There is lots of swoosh-ability with the Batwing that would make both kids and adults happy. Below is a wonderful and movie-accurate version of the Batwing, painstakingly built by LEGO fan Stefan Edlinger (Brickmasta) using clips from The LEGO Movie as reference. Stefan also made full PDF instruction available for sale on his website, in case you want to build your own. See here: LEGO Batwing Instructions PDF 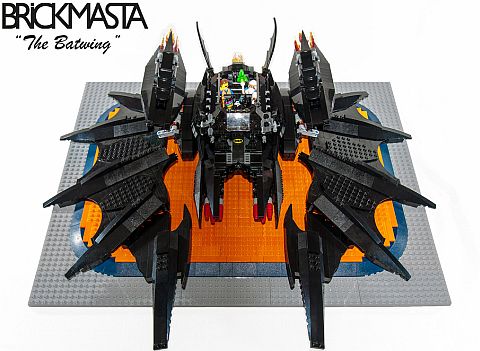 At this point this is all that’s known about The LEGO Movie sets scheduled for the beginning of 2015. How many sets will be released in total is not known as of yet, but I’m sure we will hear more before the end of the year. In the meantime you can check out the current selection of The LEGO Movie sets at the Online LEGO Shop. 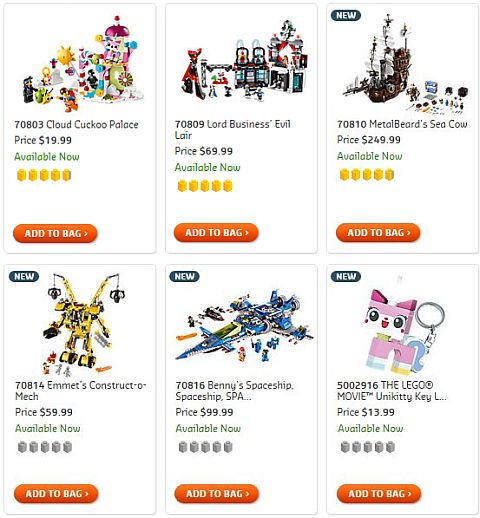 So what do you think? Are you looking forward to another wave of The LEGO Movie sets? Do you feel that the LEGO Submarine or the LEGO Batwing is a possibility? Feel free to share and discuss in the comment section below! Would love to hear your opinion on this! 😉

And you might also like to check out The LEGO Movie section, or select from the following recent posts:

Previous post: LEGO Lord of the Rings: Walk Into Mordor