by Thita (admin) on September 28, 2014
in Featured LEGO Creations

LEGO minifigs doing dirty jobs! I ran across this collection of small LEGO vignettes on LEGO Ideas, really liked them, and thought to share them with you as well. As you probably know, LEGO Ideas is a platform where LEGO fans can submit their own concepts for future LEGO sets, and if they receive 10,000 public votes LEGO will consider them for production. 🙂

The LEGO Blue Collar Workers collection includes a series of small dioramas, each featuring a minifig at work. The concept is similar to the recently released, highly popular, and already sold out in most places #21110 LEGO Ideas Research Institute set, which includes three female scientists. It is also similar to what you can find in LEGO City sets, however they are more specialized to specific jobs that hasn’t been covered in LEGO City sets before.

Here are some details from the creator, Panda757: “My idea for a new LEGO set delves further into the world of LEGO City. While they have had various construction kits over the years, I believe LEGO has missed several opportunities to explore deeper into the blue collar trades – which could be considered the backbone of the modern era. Though not as heroic as a firefighter, or as glamorous as a scientist, these often overlooked jobs are essential in maintaining infrastructure throughout the world. And while it takes many years of training, certifications, and schooling, these jobs also allow for these skilled workers to use their hands and their minds in an innovative, problem-solving fashion, to build and create – in the same manner that is the very foundation of LEGO. As an electrician, myself, I credit building with LEGO in my childhood as a major influence in what I do today.” (Read more here.) 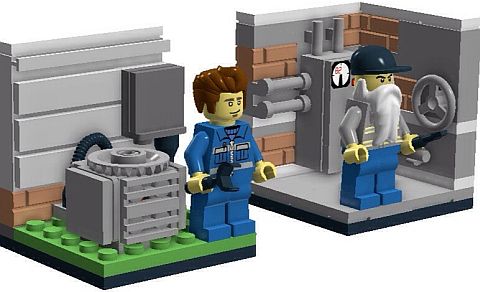 So far the LEGO Blue Collar Workers collection includes men and women who work in the following trades: mason, carpenter, pipefitter, HVAC mechanic, and electrician. Panda757 shares: “This last one holds a special place in my heart, as I based the minifigure on my first mentor, who taught me everything I know today.” And later adds: “With this set, I’d like to change the gender stereotype that these kinds of jobs – while certainly male dominated – are also done by women all throughout the world. And in doing so, I’d also like to break the view that women are always in skirts and dresses with long flowing hair.”

As you can see on the digital versions of the dioramas, they are quite realistic, detailed, and include all the tools these hard-working minifigs need to do their job. While these vignettes look great on their own, they could also be integrated into a LEGO City setting adding more detail and realism. On the main project page at LEGO Ideas only the digital version of each vignette is shown, however under the Updates tab there are more photos of the same sets built from real LEGO bricks.

I feel there is a good potential to make this concept into a whole series, either in individual packets, or in small sets including a 2-5 vignettes with different workers. I’m pretty sure that LEGO City fans would love these, and so would people who work in these fields. If you like this project, you can support it by voting here: VOTE FOR LEGO BLUE COLLAR WORKERS 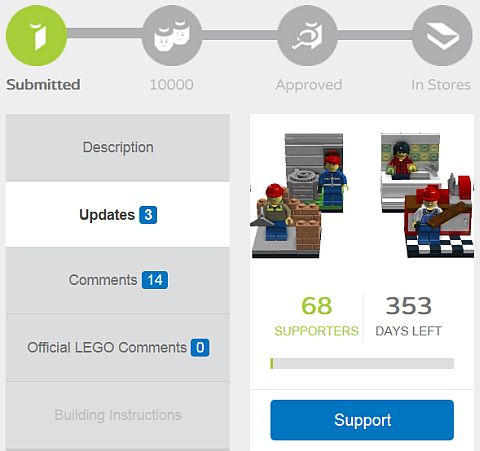 What do you think? How do you like the LEGO Blue Collar Workers collection? Do you think it would be successful as a real LEGO set? Would you like to have it happen? What other blue collar jobs do you think would be a great addition to the collection? Feel free to share and discuss in the comment section below! And for the current selection of LEGO Ideas sets you can visit the Online LEGO Shop.

Next post: Projects in Optical & Laser Science with LEGO