LEGO FUSION – learn how to play!

I have been getting a lot of questions about LEGO FUSION, which is a new line of LEGO products that blends together building with real LEGO bricks and digital play on a tablet or smart-phone. There are four sets in the LEGO FUSION line and we have talked about each of them extensively before (see links at the end of this post). However even after reading about and seeing a few video-clips about these interesting new LEGO sets, it can be hard to wrap your brain around on how they work. I have recently found a couple of video-tutorials directly by the LEGO designer who was working on the LEGO FUSION sets, and I found them very clarifying, educational and helpful. Both videos are just over six minutes long, and they walk you through the whole process of how the LEGO FUSION sets work with your digital device, so let’s take a look! 🙂

➡ LEGO FUSION TOWN MASTER – LEARN HOW TO PLAY: In this video you will get introduced to the LEGO FUSION Town Master set; how to build houses with real LEGO elements included in the set, how to upload them to your tablet, and the fun play-features of the digital game. Watching this video is a great way to get an idea on how the set works and evaluate if it is for you. It also gives you ideas on what to build when you get the set, as it doesn’t come with any building instructions, allowing you to free-build from your imagination as much as you like. 🙂

Here is the description of the #21204 LEGO FUSION Town Master set for your convenience: Rule your town and create it the way you want by building with real LEGO bricks that come alive in this virtual world! Find out what your mini citizens need in the LEGO Town Master App for your smart-phone or tablet. Then build it with real LEGO bricks! Create restaurants, shops, fire stations, roads and more on the LEGO FUSION baseplate. Snap it into your virtual game with just a click and watch it come to life! Earn valuable studs, power and rewards by completing missions and mini games as they pop-up throughout your town. Expand your virtual world in every direction. Includes Mayor minifigure. 256 pieces. Price: $34.99 – BUY HERE 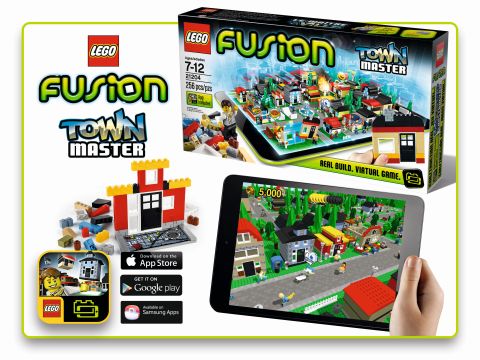 Here is the description of the #21205 LEGO FUSION Battle Towers set for your convenience: Your kingdom is under attack and only you have the power to defend it. Design and defend your Battle Tower against unpredictable invaders by building with real LEGO bricks! Build your 2D tower, layer by layer with LEGO bricks on the LEGO FUSION baseplate. Then snap it into your virtual game in the LEGO Battle Towers App for your smart-phone or tablet with just a click. Watch it come to life in 3D! Recruit an army of wizards, archers and even castle chefs, ready to fight for you when darkness falls. Arm them with cool defenses including magic, fireballs or arrows and prepare for battle! Repair and redesign as you learn what will keep your tower intact to earn studs, unlock special features and reach the crown in the sky! 212 pieces. Price: $34.99 – BUY HERE 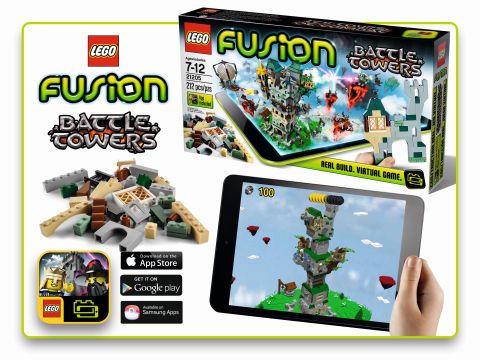 I haven’t found a video-tutorial for the other two sets – the #21206 LEGO FUSION Create & Race and the #21208 LEGO FUSION Resort Designer – but I will keep an eye out for them as they also look very fun and have different play-features than the other two sets. If LEGO uploads them I will make sure to share them with you. You can get all four of the LEGO FUSION sets at the Online LEGO Shop.