I know that LEGO Technic isn’t the most popular theme (perhaps due to the lack of minifigures), there are in fact several Technic sets that are worthy of discussion. Today I would like to talk about the #42030 LEGO Technic Remote-Controlled Volvo L350F Wheel Loader, one of the LEGO Technic sets released this summer. So let’s have a look. 🙂 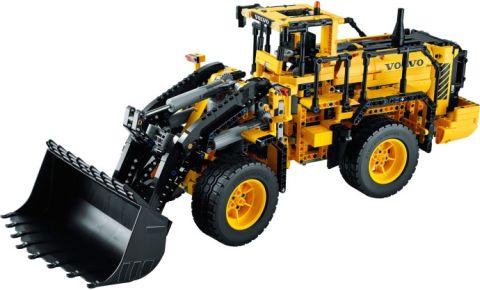 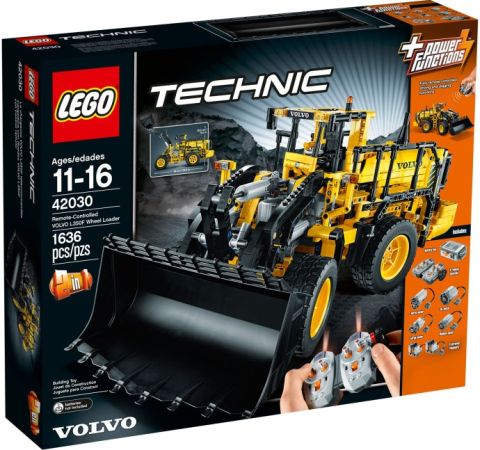 Here is the official description of the set: Climb aboard the Volvo L350F! Developed in partnership with Volvo Construction Equipment, this meticulously detailed, fully remote-controlled model has all the features of Volvo’s largest real-life high-tech wheel loader. Activate the Power Functions motors, turn the articulated servo steering and watch the detailed 6-cylinder engine pistons and fan move as you drive it into position. Then it’s time to lift the arm and tip the giant bucket—the largest element we’ve ever produced for a LEGO Technic model! When you feel like another building challenge, rebuild it into the tough Volvo A25F articulated hauler. 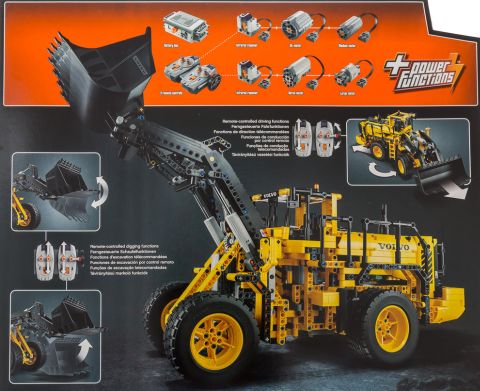 So how do all the functions work? Actually, it’s all pretty simple – at least for a LEGO Technic fan. But don’t worry; even if you have never built a LEGO Technic set, you should be fine. The set is recommended for ages 11 and up, and the instructions clearly guide you step-by-step.

The LEGO Power Functions included in this set are: 2 IR Controllers, 2 IR Receivers, a Battery Box, a Servo Motor, an XL-Motor, an L-Motor, and an M-Motor – which is quite a lot for a LEGO set. The tipping of the bucket is controlled by the M-Motor, which moves a Linear Actuator in and out. When the Actuator moves out, a set of angle beams is pushed forward at the top, causing the bottom to go backwards. This motion pulls another set of beams connected to the top of the bucket, raising the bucket. The L-Motor powers the arm-lifting action with the use of two Linear Actuators, which push out and up, taking the entire arm with them. The force of the motor actually allows the LEGO Wheel Loader to lift objects weighing up to 1 kilogram! 😀 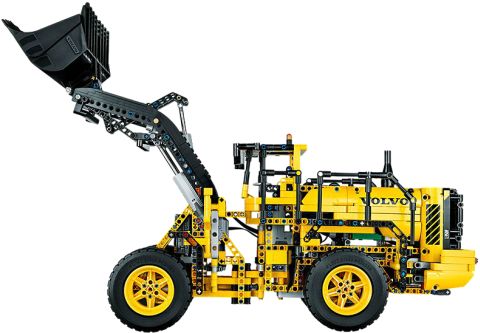 Driving the LEGO Technic Volvo Wheel Loader is not difficult, and neither is explaining the driving systems. Gears and axles turned by the XL-Motor power all the wheels in forward and reverse. The steering is accomplished by the Servo Motor, which turns the whole front of the vehicle left and right. And all of these functions are controlled by the two IR Remotes in your hands. 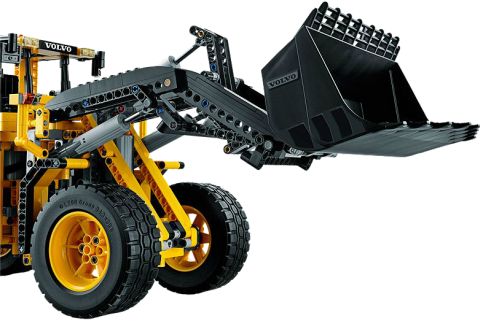 The parts-selection for the LEGO Technic Volvo Wheel Loader is very good for those starting just with LEGO Technic. Probably the coolest piece is the front bucket – as mentioned in the set description above, it is the largest piece for a Technic set ever. The wheels – in yellow – are new to this set as well, and the tires appear in only two other sets. The video below demonstrates the model’s functions and includes a time-lapse build (which ends at 13:27, if you want to skip it).

Awesome, isn’t it? I would highly recommend getting the LEGO Technic Volvo Wheel Loader if you want try an interesting and complex set, plus get a lot of LEGO Power Functions parts. If you are interested, you can find more details and pictures at the Online LEGO Shop. 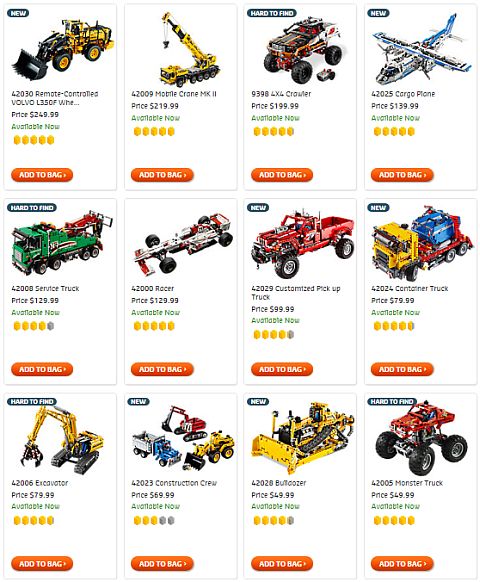 So what do you think? How do you like the LEGO Technic Volvo Wheel Loader? Have you built it yet? Do you think it’s worth the price? And what do you think of the LEGO Power Functions selection included? Feel free to share your thoughts and discuss in the comment section below! Also, this is my first article here at theBrickBlogger, so your feedback is welcome! 😉