LEGO Modulars – get them while you can!

There are large exclusive LEGO sets in various categories, and you can find them under the LEGO Exclusives and LEGO Hard to Find categories at the Online LEGO Shop. If the set you are eyeing is close to getting retired (usually indicated by the fact that they have been around for a couple of years), now is probably your last chance to pick them up, as many other LEGO fans are also taking advantage of the Double VIP Points period. 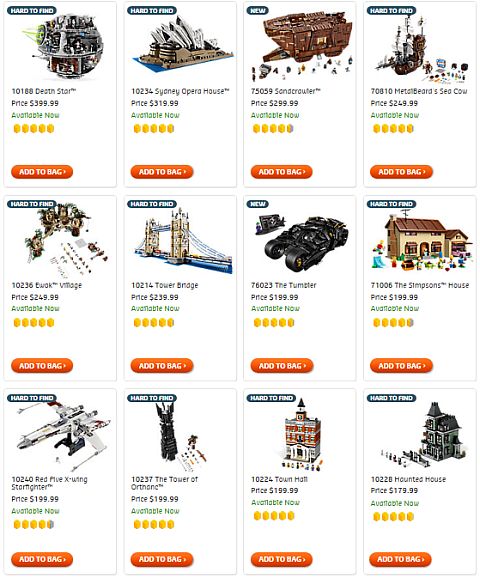 Some of those sets that are getting retired are in the LEGO Creator Modular Buildings series. We have discussed the sets many times (see the LEGO Modular Houses section) as they are very popular with teen and adult LEGO fans. The #10197 LEGO Creator Fire Brigade set was retired last year, and the #10211 LEGO Creator Grand Emporium is also now considered retired. You may still be able to find this set at official LEGO stores, however online it is shown as sold out.

Interestingly the #10224 LEGO Creator Town Hall is also shown as sold out. I have bought this set a few days ago when it was shown as backordered, as well as the #10243 LEGO Creator Parisian Restaurant – there was a few days of delay, but I have received both sets with no problems. At the time I placed the order I was told that the #10224 LEGO Creator Town Hall will be back in stock on the 16th, so I’m curious why it’s showing as sold out right now. There has been rumors that this set will retire early, so this may in fact be the end. If you are interested in this set I would highly suggest that you call LEGO’s customer service right now before it is too late. 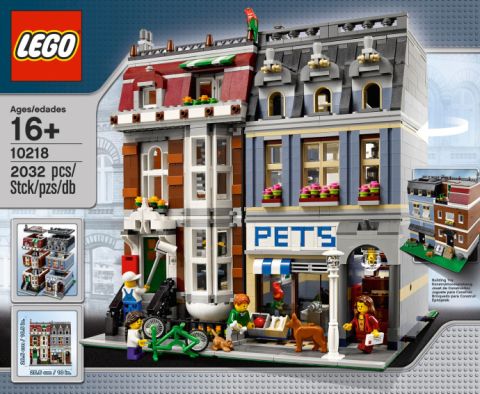 At the same time #10218 LEGO Creator Pet Shop is shown as backordered with an expected ship date on the 20th. This set you can actually order online, and it will be shipped to you once it becomes available (in my experience usually much before the expected ship date). This set is not yet close to being retired, however if you want it for Christmas, I would suggest you get it now. A lot of LEGO fans shop for the LEGO Modular Buildings around this time of the year (both because of the Double VIP Points Period and also because people tend to buy larger sets for the holidays), causing the most desirable sets to be perpetually out of stock.

The newest LEGO Modular Buildings – the #10232 LEGO Creator Palace Cinema, and the #10243 LEGO Creator Parisian Restaurant – are shown as available. I just finished building the #10243 LEGO Creator Parisian Restaurant, and I will say this; if you only buy one LEGO Modular set, get this one. I enjoyed every step of the building process and the final model is just so lovely. Building adult-oriented sets is so different from building regular LEGO sets; they are so much denser, there is so much more detail, and the techniques used are so interesting. I don’t know how many times I said to myself during building “Wow! It’s so cool how they did that!” 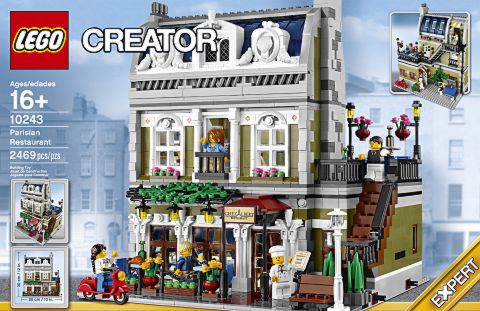 Anyhow, I just wanted to alert you that the LEGO Modular Buildings are selling like hotcakes, and if you want one (or more) for the holidays you better get it now – especially the retiring ones. You can find them all in the LEGO Exclusives or LEGO Hard to Find (sort by price to easily locate them) section at the Online LEGO Shop. 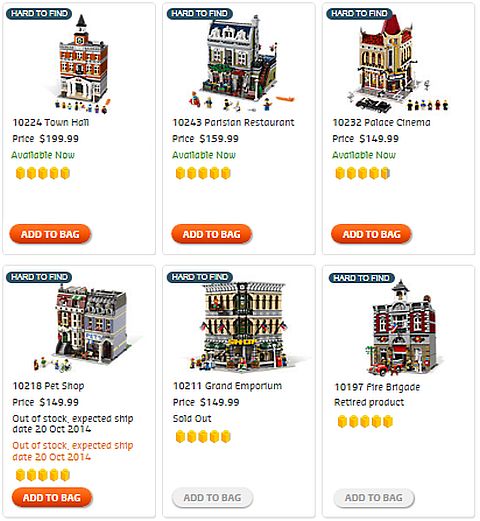 So what do you think? How do you like the LEGO Modular Buildings? Do you own any of them? Which one is your favorite? And which one are you planning to get next? Feel free to share in the comment section below! 😉