I found an interesting LEGO minifig via Reddit the other day in a unicorn costume! It was originally spotted by a Twitter user at the back of the latest LEGO Club Magazine. The cute little bugger is most likely going to be in the next series of LEGO Collectible Minifigures, and joining the ranks of other costumed minifigs. 🙂 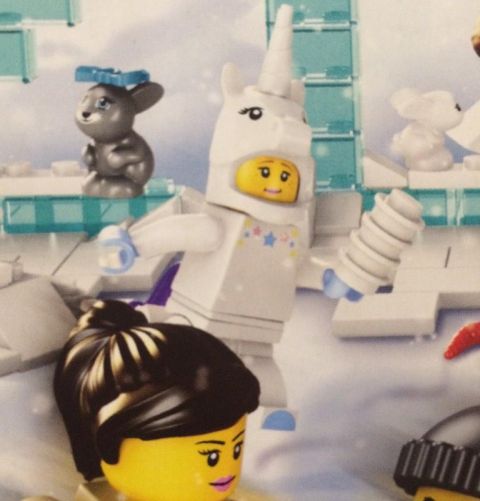 So looking at the Collectible Minifigures Unicorn, I thought it would be a good idea to take an inventory of all the costumed characters we got so far. As you probably know, there has been twelve regular LEGO Collectible Minifigure series, along with the LEGO The Simpsons and The LEGO Movie collections. In Series 1 and Series 2 there were no costumed minifigs, but in Series 3 we got the first one: the Gorilla Suit Guy. He proved to be very popular, so in Series 5 the Lizard Man was added (both released in 2011). The next costumed minifig showed up in Series 7 the following year (2012): the Bunny Suit Guy – another very popular minifig. In 2013 we got the Chicken Suit Guy in Series 9 and the Bumblebee Girl in Series 10. And this year, in The LEGO Movie Series we have the Panda Suit Guy and in Series 12 the Piggy Guy. So to line them all up: 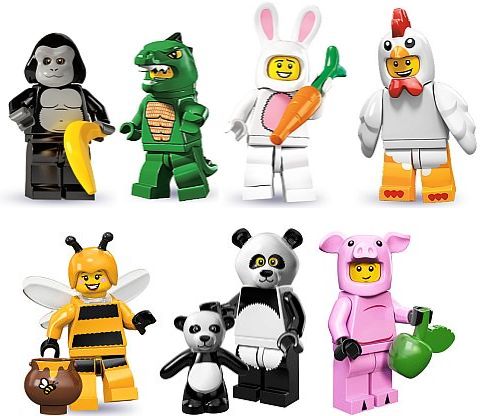 Since it seems like LEGO minifigs in animal suits has become a staple within the Collectible Minifigure Series, people started collecting them. After all they are really cute, very unique, and great for a Halloween scene or other creative applications. The currently available minifigures you can get is Series 12 at the Online LEGO Shop, although The LEGO Movie Series is also available at some retailers. For previous LEGO Collectible Minifig Series you can check BrickLink or eBay 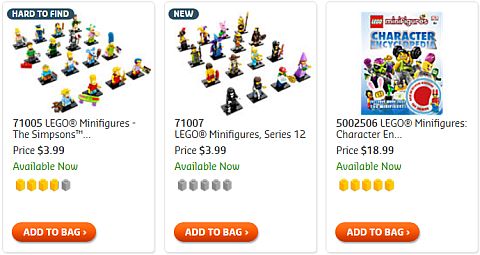 So what do you think? How do you like the costumed LEGO minifigs? Do you collect them? Do you have a favorite? And what do you think of the Unicorn Suit Girl? Will she be in Series 13? Feel free to share and discuss in the comment section below! 😉