I recently received a copy of the LEGO Life magazine (December 2014 – NO. 4 issue), which is an internal publication for employees of The LEGO Group. It has some really interesting articles, and I thought to share some of them with you in the upcoming weeks. The cover of the magazine highlights LEGO Star Wars, so I thought that was a good place to start. “2015 Set To Be Big Star Wars Year” – states the front page. So let’s take a look at what they are talking about. There are two articles related to LEGO Star Wars in this issue of the magazine, both written by Aksel Thoby with photos by Niels Age Skovbo. The first article is titled “2015 Will Bring New Life to the Galaxy”, and the second is titled “Rebels Emerge from the History Books”. You can read both articles below. 🙂 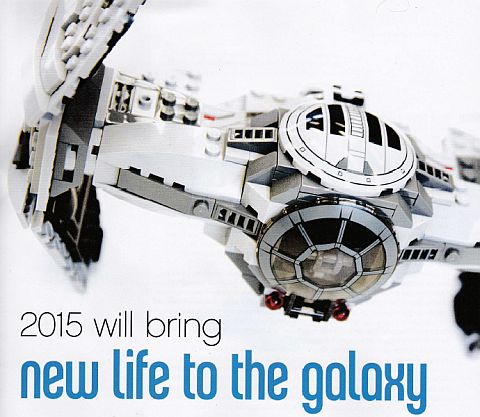 2015 WILL BRING NEW LIFE TO THE GALAXY – A new movie in the Star Wars saga will premiere in December next year – The LEGO Group is already well ahead in the preparations for a massive Star Wars Year.

When the new LEGO Star Wars Rebels products are launched in January, it will be only the beginning of a very busy Star Wars year. The seventh film in the sage will premiere on December 18, 2015 – an event which the LEGO Group will be much aware of.

“I think that interest in this movie will exceed anything seen in recent times regarding cinema launches. ‘Lord of the Rings’ can pack up and go home. Just see how much attention the movie is getting already in the social media – even though it’s still more than a year to the premiere,” says Rasmus Funder-Schmidt, senior marketing manager, referring to the thousands of Star Wars fans who meticulously dissect every detail, rumor and scrap of information that leaks from the movie locations.

Ever since George Lucas in 1977 brought “Star Wars IV: A New Hope” to the world’s cinema screens, the galactic universe has been a cultural phenomenon which has earned untold millions at the box office. In the US, Star Wars fans have their own public holiday “May the Fourth” (a reference to “May the Force be with you”, the Jedi Knights’ greeting). The most fan-atical have sent drones over Pinewood Studios in the UK in an attempt to capture just a glimpse of the movie-making. In fact, the film team shooting part of the movie in the Abu Dabi desert has had to rescue fans who lost their way in the wilderness.

Rasmus Funder-Schmidt believes there is no other movie that is as ingrained in the US culture. Star Wars is not just a movie – it is a cultural phenomenon.

“In America,” he says, “Star Wars isn’t just a series of movies – it’s almost a religion. A piece of cultural heritage, part of the American identity and self-image.”

Riding the publicity wave – The LEGO Group marketing department is running in top gear. A range of Star Wars products will be launched in January, with new products and computer games to follow. Development of the LEGO Star Wars products that are based directly on the movie is well under way – but they will not be launched until September.

“In January we’ll begin to see ‘Rebels’ taking shape, and it’ll be the first lift-off rocket of several. Then we can expect to see some computer games – as the TV series continues. We’ll be adjusting our range to match the movie – and developing our communication to match the movie,” says Rasmus Funder-Schmidt.

The new movie opens 30 years after Darth Vader’s death at the end of the sixth Star Wars film. Familiar faces like Carrie Fischer, Harrison Ford, and Mark Hamill will again appear as Princess Leia, Han Solo and Luke Skywalker – although there will be younger talents playing some of the new main characters.

“We expect that many, many fathers and mothers will be taking their sons and daughters in to see this movie. It’s something that can bind the generations together. Come and sit down, son, we’re going to watch Star Wars together because you’re old enough to do that. I think that’ll be some of the strength of the movie. And the great thing about Star Wars is that when junior asks if there are nay move movies, dad can say: ‘Oh, yes, son – you bet!’,” says Rasmus Funder-Schmidt, adding:

“In the US, fans have actually renamed ‘Father’s Day’ as ‘I’m your father’s day’ (‘I’m your father’ being the iconic reply that Darth Vader gave his son, Luke Skywalker).” 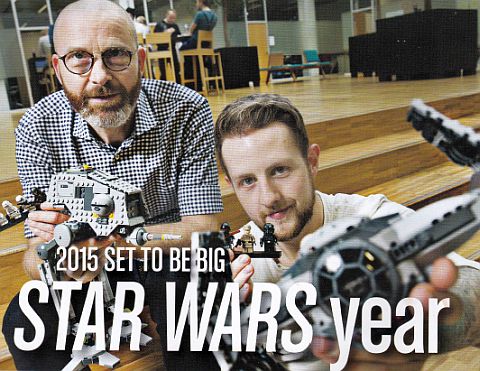 REBELS EMERGE FROM THE HISTORY BOOKS – New LEGO Star Wars models are based on the animated TV series “Star Wars Rebels” – which has enabled designers to explore other parts of the Galactic Universe.

When LEGO Designers Jordan Scott and Jens Kronvold were tasked with designing a series of new LEGO Star Wars models based on the animated TV series Star Wars Rebels, they turned for inspiration to their history books. Star Wars Rebels includes vehicle designs based on sketches and models created by the legendary conceptual developer Ralph McQuarrie in the 1970s – but never used.

“It was Ralph McQuarrie who designed the first Star Wars trilogy, coming up with such characters as C-3PO, Darth Vader and many of the other iconic characters and spacecraft – so I believe the many fans who are familiar with the old models and sketches will recognize them.”, says Jens Kronvold, director who had designed LEGO Star Wars models since the late 1990s.

On the desk in front of him stands a so-called “walker” named AT-DP. It is a fearsome fighting machine with two long legs under a square “body” and a front-mounted laser gun. Similar models appear in the famous movies but it is the first time this particular one steps into the limelight.

“We’ve seen other variations of the walkers but never this one. It’s brand new. A great opportunity for us at the LEGO Group to bring in new content instead of having to stick only to old products we’ve made earlier. That’s important to us,” says Jens Kronvold.

Round cockpit – Star Wars Rebels is the story of what happened during the 30-year period between the third movie (in which Anakin Skywalker becomes Darth Vader) and the fourth (in which the Rebel Alliance and Luke Skywalker fight the Empire). When the first episode premiered on Disney Channel in October, it attracted an audience of 13 million viewers, a record for the channel.

LEGO Star Wars launched the two rebel spacecraft – The Ghost and The Phantom – in October. They were well received by shoppers. Around New Year, five new models will be added to the product range in all price groups. Another of the new models is a new version of the so-called TIE fighter: the TIE Advanced Prototype. Designer Jordan Scott is particularly proud of the cockpit:

“TIE fighters have a decidedly round appearance – which LEGO bricks do not – so it was quite a challenge to get them to appear to be round. We produced a new element for the front and top and gave it a new decoration. I aimed to give it a ‘spherical’ look and I think it’s worked out reasonably well.”

One completely new feature is the integral control on the back of the model, allowing the TIE fighter’s laser beams to be fired mechanically.

“We’ve done a lot of work on things like that – researching new methods of firing which are built into the models. We know kids love it!” says Jens Kronvold. 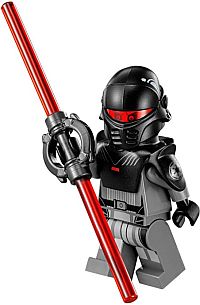 There are already more than 300 different LEGO Star Wars minifigures, and Star Wars Rebels will introduce new ones. Jordan Scott shows us the prime villain, The Inquisitor. His special feature – apart from a novel lightsaber – is his helmet molded by means of a new molding technique which merges the transparent “glass” in front of the eyes as a single unit with the rest of the helmet.

“We apply this method more and more because this is an integral part of the helmet and makes sense. It also makes it very, very cool,” says Jordan Scott. 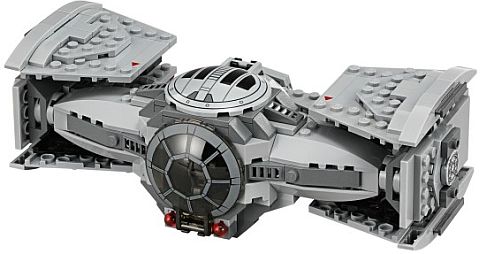 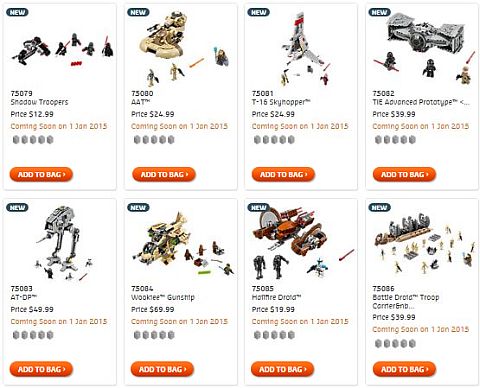