If you shop at Target, you may have run across a very interesting little set, the #5004076 LEGO Minifigure Gift Set, which is an exclusive to Target stores. The box includes four minifigures; Green Ninja DX from LEGO Ninjago, Lavertus from LEGO Legends of Chima, Superboy from LEGO DC Super Heroes, and a LEGO City swamp policeman – all four minifigures are unique, and only appear in this set. So let’s take a closer look. 🙂 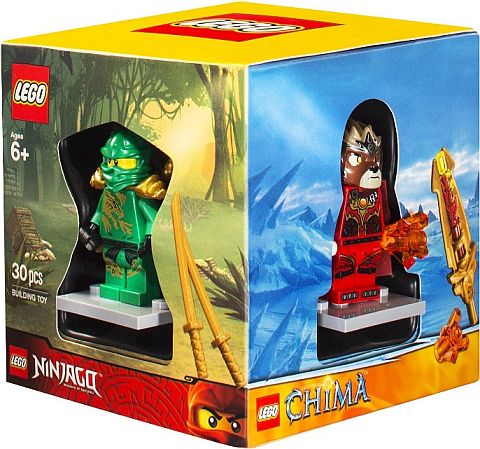 The packaging of the #5004076 LEGO Minifigure Gift Set is very nice in itself, and makes a great gift for LEGO Ninjago, LEGO Legends of Chima, LEGO DC Super Heroes and LEGO City fans. It is basically a cube, with one minifigure showing at each side, surrounded by a themed background. The minifigures have a thin plastic covering them to keep them in place, but they are easy to pop out. At the center of the box there is a small bag with the various accessories for the minifigures.

➡ LEGO DC SUPER HEROES SUPERBOY – In my opinion one of the most interesting minifigures in this set is Superboy. He comes with a double-sided head with different facial expressions, and unique torso and leg prints. Also, notice that he has the new kind of short-sleeves, which is not printed but two different color plastics are moulded together. We first saw these new arms in the LEGO Simpsons sets, but now they are becoming more common in other sets as well.

➡ LEGO NINJAGO GREEN NINJA DX – This is a very unique version of Lloyd a gorgeously printed Golden Dragon outfit. Lloyd’s name is printed with gold letters at the back of his torso, which is really cool. It is interesting to note that the hood is only one color and doesn’t have the metallic hood-ornament printed on, like we have seen with other versions of this hood piece. Lloyd’s facial printing is also new, featuring a smirk. There is no second printing on his head. His accessories are two golden katanas, and the often used golden shoulder pads. 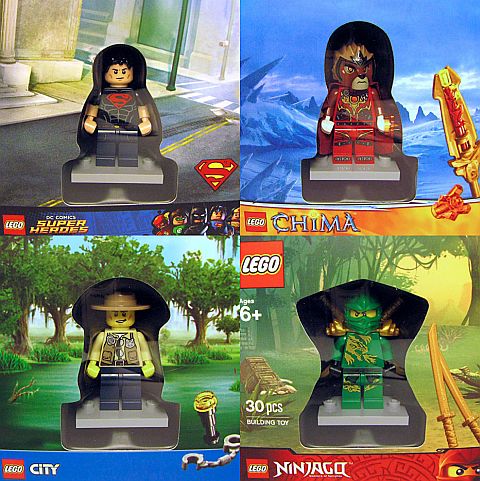 ➡ LEGO LEGENDS OF CHIMA LAVERTUS – The Lion King’s brother now dons a Fire Chi armor along with a Fire Valious (the golden royal sword). He is Shadowind no more. His beautifully printed torso and legs are a new design, but his head-printing is not. One major problem with this minifigure is that in the packaging his cape gets crumpled quite a bit. You can place it under something heavy (like a stack of books) for a while to straighten it out. One last accessory Lavertus has is a Fire Chi piece – which adds to the playability.

➡ LEGO CITY SWAMP POLICEMAN – Although this may be the least exciting of the four minifigures, it is still very cool. The ranger hat and legs are standard, however his facial printing and his torso printing are unique to this set. The torso printing is especially nicely detailed with a vest, radio, badge and sunglasses. The back of the torso is also printed with POLICE printed on, along with a walkie-talkie, and a canteen or water-bottle. He supposed to go with the upcoming 2015 LEGO City Swamp Police line.

Another great addition to the #5004076 LEGO Minifigure Gift Set is the plates the minifigures stand on. They are the same as in the LEGO Collectible Minifigures series, however they are not black but light-gray. This color only appeared in two other, more expensive sets; the #75054 LEGO Star Wars AT-AT and the #21108 LEGO Ghostbusters Ecto-1. In this set you get four of them, so yes, they are quite unique. 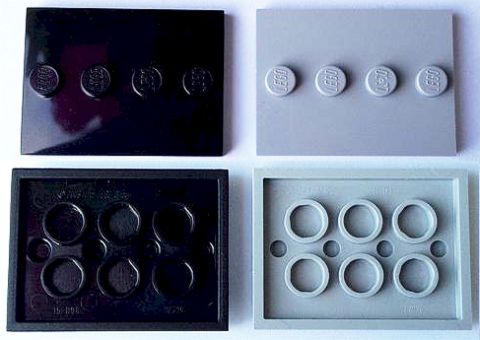 Overall, the #5004076 LEGO Minifigure Gift Set is a great promotional item. It was originally available free if you bought any LEGO Ninjago, LEGO Legends of Chima, LEGO DC Super Heroes and LEGO City sets over $45 at Target stores, or you could also get it separately for $15 each, which is a great price for such unique and exclusive minifigures. You may check your local Target store to see if they still have them, although it is unlikely as this has been a very popular item. If you don’t find it, it is readily available on eBay and prices are not too bad. You can find the listings here: LEGO MINIFIGURE GIFT SET ON EBAY

If you do stop by at Target, you can also look for two other promotional items that they have been carrying; the #30256 LEGO Legends of Chima Iceclaw’s Bear Mech, and the #30202 LEGO Friends Smoothie Cart. Both of them are nice little sets that you can use as stocking-stuffers this holiday season. If you don’t find them at Target, they are also available on eBay at the following links: LEGO FRIENDS SMOOTHIE CART

So what do you think? How do you like these LEGO promotional items? Did you have a chance to get them? Or are you planning to? Feel free to share and discuss in the comment section below! Also, this is my first post here at theBrickBlogger, so thanks for reading and feedback is welcome! 😉

Previous post: The LEGO parrot that eats and poops