All right, it is time for the Toy Fairs! As you probably know already, January/February of every year is when the various large international Toy Fairs happen; first in London (January 20-22), then in Germany (January 28-February 2), then in New York (February 14-17). Why is this important for LEGO fans? Well, because this is the time when LEGO themes and sets for the new year get revealed! 🙂 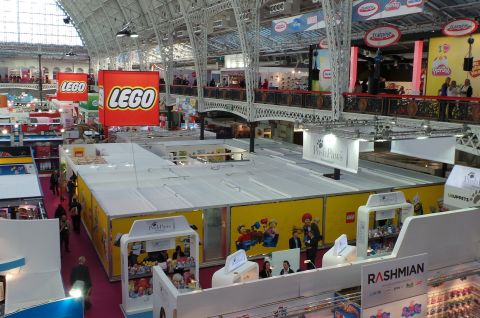 So although we don’t have any pictures yet, let’s talk about what has been revealed at the recent London Toy Fair. Thanks to Huw and CapnRex101 from Brickset, and Barry from BrickFanatics, who have attended the event, we can at least get a description of what they have seen (again; no pictures/videos were allowed). So let’s begin!

➡ 2015 LEGO STAR WARS SETS: As we have discussed previously, 2015 is going to be big Star Wars year. This is of course because Star Wars Episode VII: The Force Awakens film, but LEGO will be bridging the gap with plenty of other LEGO Star Wars sets even in the meantime. Please note that no Episode VII sets were revealed at the toy fair. Those are still under wraps and are scheduled for the fall/winter. The 2015 #75097 LEGO Star Wars Advent Calendar will have C-3PO as Santa, and R2-D2 as a reindeer.

➡ 2015 LEGO NINJAGO SETS: At least to me, this line sounds really interesting. The main badguys in this wave are ghosts, and a largest set is an updated version of the Destiny’s Bounty. The special ninja power will be Airjitsu with spinners that are operated by a rip-cord and can fly!

➡ 2015 LEGO DC SUPER HEROES SETS: According to those who have seen it the LEGO Super Heroes sets Jokerland was quite impressive and it includes Starfire, Beast Boy, Robin, Harley Quinn, Poison Ivy, Penguin, and the Joker. The Batboat set comes with Batman, Robin (new variant) and Deathstroke. The sets will be released in June.

➡ 2015 LEGO MARVEL SUPER HEROES SETS: The sets are modest in size, but they include a great variety of minifigs. The first set on the list includes Miles Morales, and second will have Spider-Man, Iron Spider, Sandman and Rhino minifigures. The sets will be released in June.

➡ 2015 LEGO JURASSIC WORLD SETS: By all reports although the sets look nice, they are very expensive compared to what you get. This is most likely due to the new moulds for the dinos, but it is still disappointing. The sets are similar to the previously released LEGO Dino sets, but the color scheme is dark-gray and blue. The main character played by Chris Pratt (Owen) only appears in one set. They will be released in May. 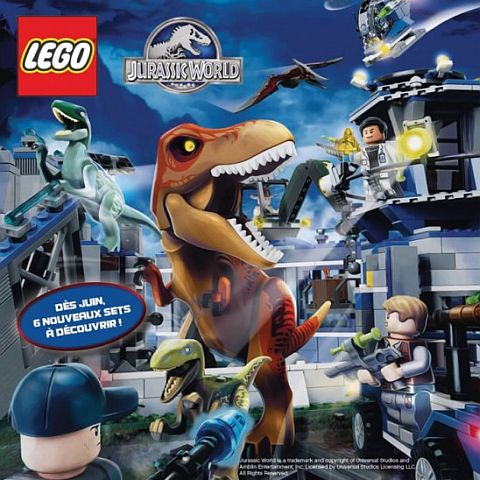 ➡ 2015 LEGO SCOOBY-DOO SETS: This theme has been rumored for some time, and has been finally confirmed. According to those who have seen them already, the sets look excellent with a classic ’70s vibe. The characters themselves will be actual minifigures and not mini-dolls. The monsters chasing the gang include Dracula, Black Knight, Headless Horseman, Lighthouse Keeper, glow-in-the-dark ghosts, zombies, and mummies. 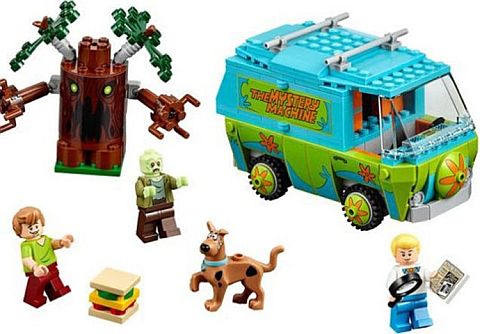 ➡ 2015 LEGO UTLRA AGENTS SETS: LEGO Ultra Agents is getting a third wave of sets this summer, and LEGO continues to experiment with digital integration of the sets into games via special app-bricks. The HQ set includes a giant ship with opening hatches, a small jet and an oil platform. You can check out the currently available LEGO Ultra Agents sets here. 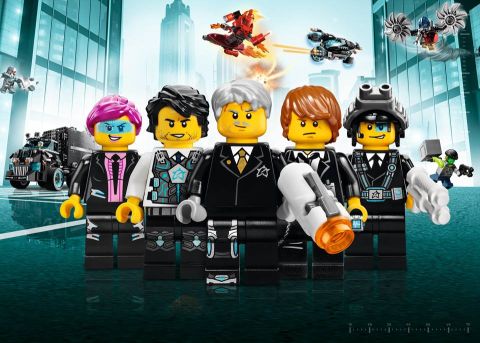 ➡ 2015 LEGO BIONICLE SETS: We have discussed these, before, but just for the sake of completeness I will list them here again. The summer wave of BIONICLE sets focus on the Skull Spiders. You can check out the currently available LEGO BIONICLE sets here.

➡ 2015 LEGO CITY SETS: LEGO City is getting two sub-themes later this year, one is space related, and the other is about deep sea exploration. From all accounts I have read the space sets are geared towards younger builders and are somewhat juniorized. The deep sea explorers are excellent with a nice yellow color-scheme and some very well designed sets. There is also another very interesting set, the #60097 LEGO City Square, which includes 14 minifigures, a coffee kiosk, a LEGO store with a Pick-A-Brick Wall and delivery van, garage with a truck, and an orange/black trolley with a stop. This set is reportedly similar to the #60026 LEGO City Town Square released in 2013 but even larger.

➡ 2015 LEGO CREATOR SETS: Three sets are coming in the LEGO Creator line, all with alternate models. One that looks particularly interesting is the small house with different color leaf pieces to change the seasons.

➡ 2015 LEGO FRIENDS SETS: The sub-theme of LEGO Friends this year is pop star on the road. The pop star’s name is Livi with pink/purple hair, and there is a new dress element for mini-dolls. The color-scheme of the sets is white, dark-pink and black.

➡ 2015 LEGO ELVES SETS: After the first wave of LEGO Elves that will be released shortly, there will be two new sets in the summer. The story itself will be interactive via social media and apps. The Pegasus mentioned in the first set takes advantage of the LEGO Friends horse with added wings. The castle is mainly tan with lots of purple and light-purple pieces. It includes a portal back to the human world (part of the story we talked about before). 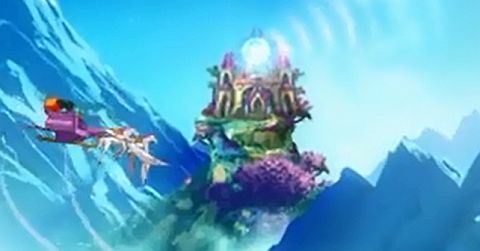 ➡ 2015 LEGO MIXELS SETS: LEGO Mixels is continuing with two other waves. Series 5 include brown/gold, blue/medium-blue, and yellow/red characters, and Series 6 includes purple/lavender, yellow/gray, and green/lime-green characters. The name of the tribes were not given yet. You can check out the currently available LEGO Mixels sets here.

➡ 2015 LEGO TECHNIC SETS: Interestingly, everyone who has been to the toy-fair mentioned how cool the new LEGO Technic sets are. LEGO Technic is of course excellent, but it is rarely pointed out as one of the most exciting themes. Can’t wait to see pictures!

And that’s all for today! Plenty to digest and think about. What do you think? Feel free to share your thoughts and discuss the 2015 LEGO sets in the comment section below! And in the meantime you can also check out the already released 2015 LEGO sets at the Online LEGO Shop.