In this Brick Breakdown series I review official LEGO sets, from the perspective of looking at interesting building techniques we can all learn from. Today we will be looking at the #76023 LEGO Batman Ultimate Collector Series Tumbler. You can also check out the previously discussed LEGO techniques found in official LEGO sets at the end of this article. 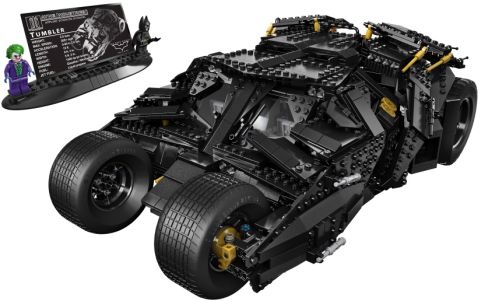 When it comes to LEGO, anything labeled Ultimate Collector Series (UCS), you know is bound to be something special. Problem is they are on the pricey side and can take up a monstrous amount of room. Fortunately, the LEGO Batman UCS Tumbler is a rather compact model so you won’t struggle finding a place to put it. With that said, it’s important to mention that this is more of a sculpted model and not at all meant for play. This means it is not the most durable due to a number of connection choices made in achieving all the very precise angles. So expect quite a few wedges in this set. Now let’s dive into the techniques used in this super special set!

As mentioned before, the LEGO Batman UCS Tumbler model is a bit on the fragile side. This is primarily due to the fact that it has a sculpted design. This is where you have a base frame which you then use to layer large detailed sections on. This approach is very different than the typical LEGO set in that stability is only a consideration for the frame you build off of. Take for example a clay sculpture; normally when you are making something out of clay, you’ll build up the general shape first. Once this is done, you then proceed to sculpt details out of or onto the base. Since LEGO can only be built up if you are not modifying elements, you will only be building onto a frame. While sculpting out of LEGO you can layer elements through hinge work, angle sections via clips and bars, and mislead the eye with slopes. The end result is a lot of nontraditional lines that although can produce some impressive models, also loose stability.

In large designs like the LEGO Batman UCS Tumbler, it is absolutely essential to know when and where to make your structural frame. This will be the general shape that maps out the full size of the model. For many large vehicles, the rectangular LEGO Technic bricks make an excellent quick frame without sacrificing stability. Once the shape is defined, you can then create the canvas. This is often a very flat studded surface like a standard plate. 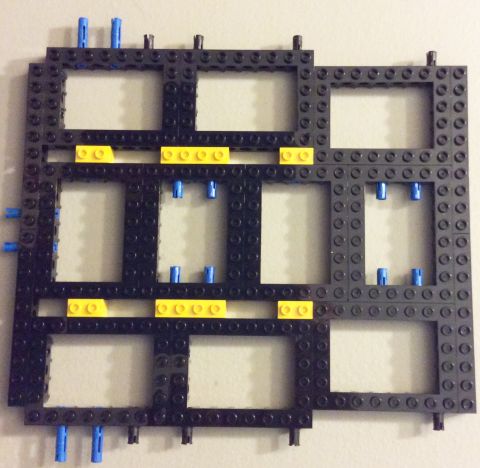 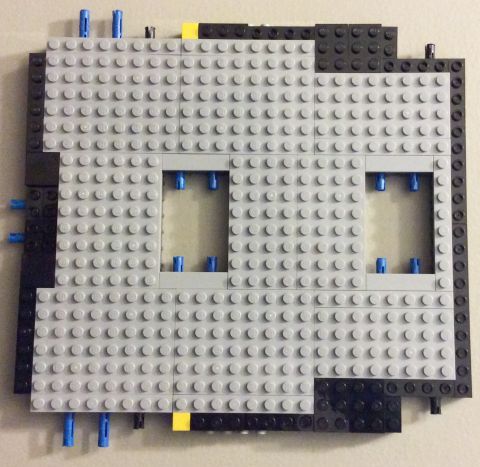 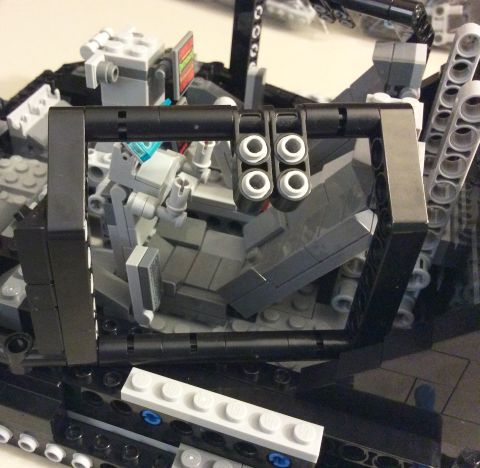 Take for instance, your basic angled connector; it holds two axles together and has a pinhole in the middle. From the outset it doesn’t seem very important to stud use. In this set they use a few Technic bricks with axle holes to make things a bit more compatible. Then they do something really simple; they angle one connector one way and a second in the opposite direction. These are, of course, connected with axles. Then they connect some of those Technic bricks with axle holes to the end. Then this is placed straight onto studs. Essentially what happens is that the two curves cancel each other out making them align with the straight rows of studs. However, now there is an interesting angled rod between the two connectors. In the LEGO Batman UCS Tumbler, curved lift-arms are used to build off of the axle, but you can use a much wider variety of elements, like more axle bricks. The nice thing with using axles is that you don’t have to be exact. They have a bit of wiggle room to let you experiment with. And once you’re ready for it to take up a very specific amount of shape, chances are there is an axle at that length. 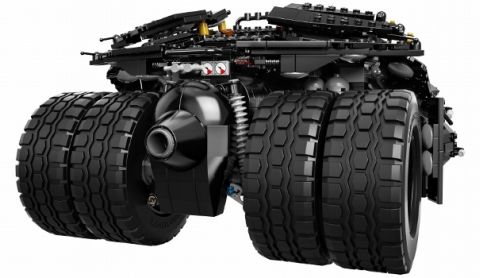 So what do you think? How do you like the new LEGO Batman UCS Tumbler sets? Have you had a chance to build it? Did you learn from the interesting building techniques used in the sets? Feel free to share your own experiences and tips, or ask questions in the comment section below!