As we anticipate the release of LEGO Elves in March, LEGO continues to add new content to the LEGO Elves teaser website. So far we got an intro video about all of the main characters, so let’s take a look. 🙂

In case you haven’t been keeping up, LEGO Elves is centered around the story of Emily Jones, a human girl who enters the secret realm of the elves by chance. Here she meets Aira, Farran, Naida and Azari – four elves with different personalities. Together with them she experiences thrilling adventures on her search for four keys to open a portal and finally return back home. You can also read more about LEGO Elves and see the upcoming sets following the links at the end of this post.

Below I have put together a YouTube playlist, where you can watch all of the introduction videos to the characters. In the first video we meet Emily Jones, the girl who fell through the portal to Elvendale. According to LEGO’s description, she is “She is a smart, quirky and creative girl that dreams about one day returning home to her family”. Then there is Aira, the wind elf. “Wise but undisciplined, she can’t stay in one place for a minute! Plus she loves playing jokes” Then we meet Farran, the earth elf. “He is sensible, nurturing and caring, and dreams about the day the other elves will see him as the true leader he really is.” Next, is Naida, the water elf. “She is the sensitive daydreamer, but is not afraid to follow her dreams (especially if it involves adventures by sea).” And finally we meet Azari, the fire elf. “A passionate, energetic leader, but still inexperienced and quick tempered.”

While the videos are short, the do give a good idea not just of story and characters, but also the voice-over and animation style. I think the story is a great fit for LEGO; blending the real and magical worlds. And this also creates a bridge between the LEGO Friends and LEGO Disney Princess sets – which is quite clever. I’m not sure about the animation though. In general I do like the style, however it is so far away from the look of LEGO. When it comes to LEGO films I much prefer either stop-motion or at least the characters resembling real LEGO minifigures (like in the LEGO Ninjago, LEGO Star Wars, and LEGO Legends of Chima films). I even like the LEGO Friends videos as they use characters that look like the mini-dolls found in the sets, and the rest of the animation is also LEGO-like. Here neither the characters nor the environment resembles the actual LEGO sets. 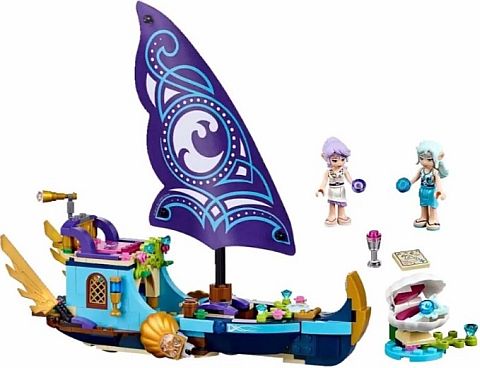 I’m very much looking forward to the LEGO Elves sets, but I doubt I will watch the videos. They just don’t appeal to me as a LEGO fan. Of course I’m not part of the target audience of seven- to twelve-year-olds, so my opinion doesn’t really count. But in general I’m happy that LEGO is going to release another non-licensed line that I believe will become very popular like the LEGO Friends and LEGO Disney Princess sets. Looks like LEGO finally found the right angle to appeal to girls who would otherwise not be into LEGO and construction toys. You can check out the currently available LEGO Friends and LEGO Disney Princess at the Online LEGO Shop. 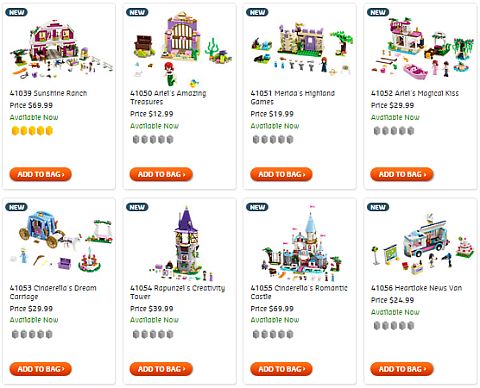 So what do you think? How do you like LEGO Elves so far? Are you looking forward to this theme? And what do you think of the character videos? And the story? Feel free to share your thoughts and discuss in the comment section below! 😉