I recently found in an issue of the LEGO Club Magazine something about a LEGO Game Creator on Cartoon Network. I got intrigued and thought to give it a try. It turned out to be quite fun, so I decided to write an article about it, as likely a lot of people never heard of this before. I also thought to provide a basic tutorial in case you want to try it out. 🙂 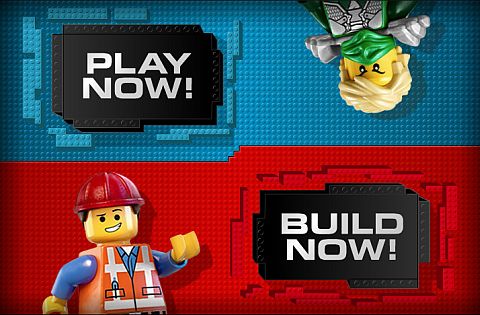 The LEGO Game Creator is available on Cartoon Network (here is the direct link: LEGO Game Creator) and it allows you to create and play your own video-games, using a lot of pre-set options. Once you are done, you can upload your game to the gallery, and you can also play other people’s games that you find in the gallery. 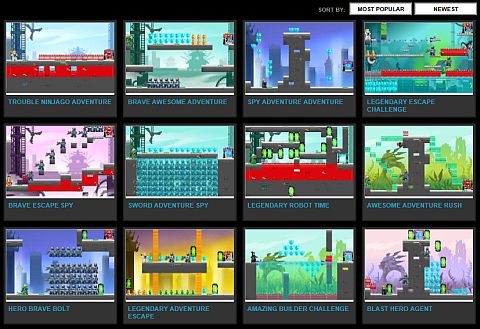 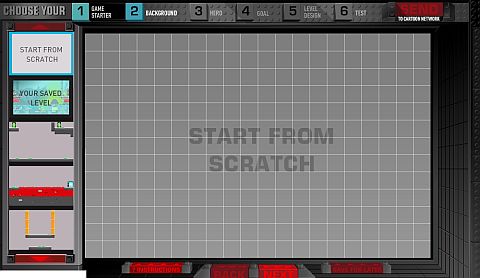 ➡ LEGO GAME CREATOR – Step 1: The first step is to select a game starter, which is a basic terrain piece. There are a lot of options, but I prefer to select “start from scratch”. 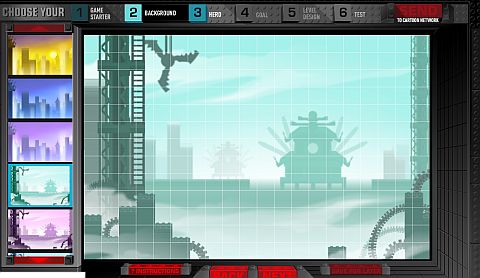 ➡ LEGO GAME CREATOR – Step 2: Next, you select what the backdrop will look like. I chose the Ninjago-ish one, but there are a bunch of different themes you can create with the backdrops. 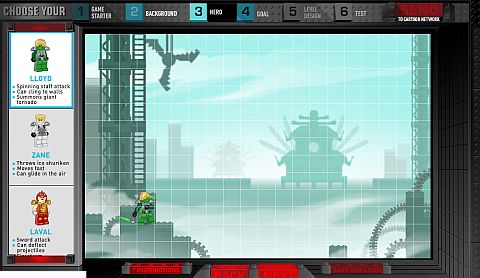 ➡ LEGO GAME CREATOR – Step 3: The third step is to select whom you will play as, who will be the hero. I chose Lloyd, continuing with my Ninjago theme. The available heroes are: Laval and Cragger from LEGO Legends of Chima, Lloyd and Zane from LEGO Ninjago, Wyldstyle and Emmet from The LEGO Movie, and Jack Fury and Solomon Blaze from LEGO Ultra Agents. Each character has their own unique powers and abilities you can take advantage of during the game. 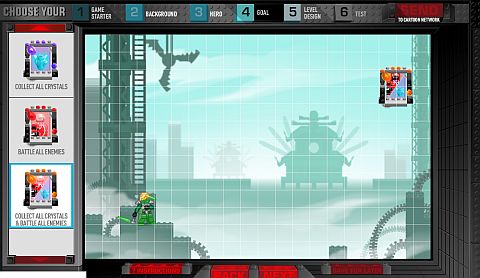 ➡ LEGO GAME CREATOR – Step 4: The next step is selecting how you will win the game. The “goal” is a portal door that unlocks after you complete the goal. I chose “collect all crystals and defeat all enemies”, which is the hardest of all the available option. 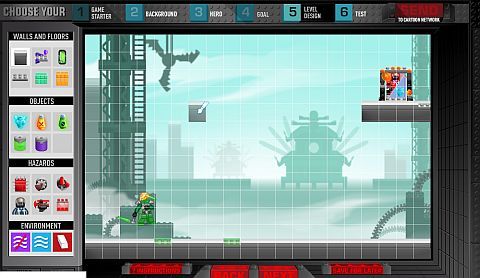 ➡ LEGO GAME CREATOR – Step 5: Next, you simply edit the level by placing blocks, crystals, traps, and baddies. There are multiple block types, including but not limited too: ground blocks (that can be walked on), plates (that can be walked on or jumped through), spikes, and water that you can swim across, etc. 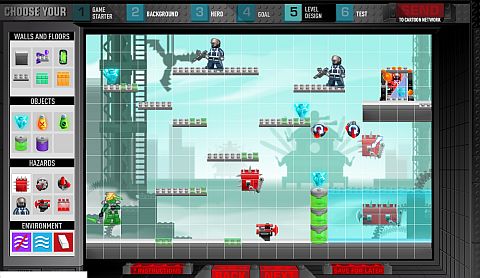 Above is what my level looks like further along in the editing process. 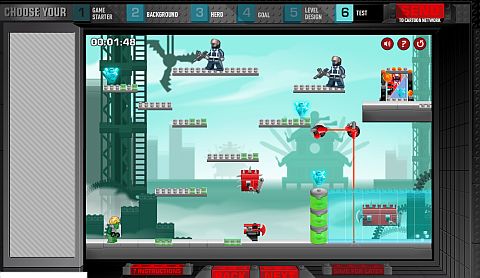 ➡ LEGO GAME CREATOR – Step 6: This is the fun part! Now you get to test and play your little game. If you fail the test, you can either try again or edit the game so that it’s a little bit easier to defeat. If you pass the game, you are allowed to submit it to the gallery (you have to have a Cartoon Network account to upload games). 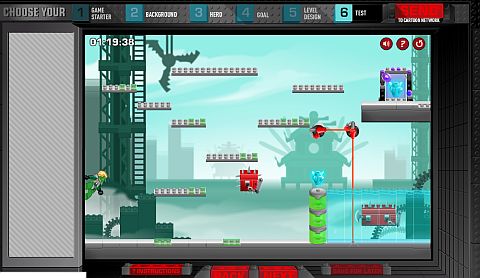 Lloyd is awesome! One of his powers is the ability to cling to walls. Unfortunately, he cannot walk up on them. 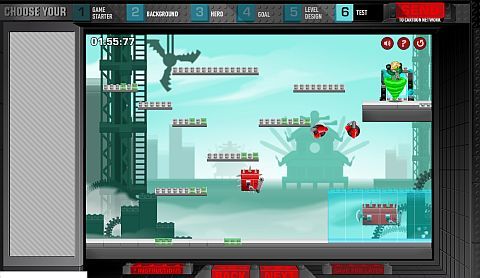 Ta-da! I won! So as you can see it’s super easy to make and play your own video-game with the LEGO Game Creator, and it’s quite fun too. I only ran into two small issues: the only baddies available are from The LEGO Movie, and the levels are so short! Below is a preview-video on how playing some of the games looks like to give you an idea:

So that’s my little introduction to the LEGO Game Creator. If you would like to try it out yourself, just click on the link mentioned above and start making your own game. What’s you tried it out let me know what you think? Did you find it fun? What game did you make? Feel free to share your own experiences and review of the LEGO Game Creator in the comment section below! Would love to hear how you like it! 😉