by Thita (admin) on February 3, 2015
in Community Articles

On January 2nd 2015, LEGO Customer Service updated their replacement parts pages for all the 2015 sets released on January 1st in Great Britain. At the time, I had about 39 totally new LEGO elements recorded, but when I had finished combing through all the newly released sets’ inventories, and documenting all the new parts, the total number of parts had increased to 72 (13 are “minifig parts”). In this final part to this series, I will cover the most interesting of the new parts in detail. And you can also find previous sessions of this series at the end of this post. 🙂 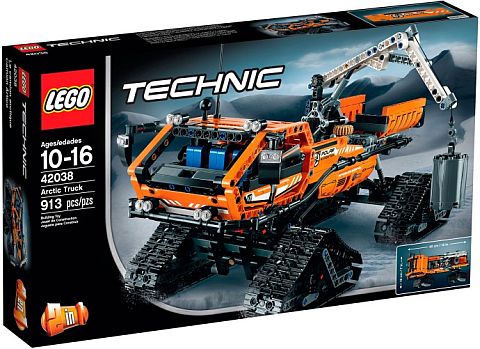 Before I start, remember that my count only includes new part molds LEGO made. According to the Brickset.com database, there are currently 1053 “new” parts this year, but as almost all of these are just new printings and colors, they do not qualify as new elements. The 18 elements listed below are indeed 100% new, so let’s take a look.

➡ LEGO Technic Parts: We have covered all of these before (see links at the end of this post), but there is more information and better pictures for them now. Beam 1X1 (Design ID 18654) is a very nice piece worth mentioning again, and it comes in dark-stone-grey in ten sets, which you can view here: Brickset.com/sets/containing-part-6100030 and the part itself is shown on the below left. Another part is Cross Axle 2M W. Snap W. Friction (Design ID 18651), which comes in black in nine sets, which you can see here: Brickset.com/sets/containing-part-6089119 – the part on the below right. These two pieces look really useful, and I look forward to getting some.

There are three more new LEGO Technic parts I have mentioned before that a number of people (myself included) believe will greatly improve the functionality of Technic creations. These are Gear Wheel Z16 W. Ø4.85 (Design ID 18946; comes in bright-red), Gear Shifter Ring 3M (Design ID 18947; comes in dark-stone-grey), and Gear Shifter Connector 3M (Design ID 18948; comes in white). So how do they improve Technic models? Well, the older versions of Technic gearboxes used 2M shifters, which made it difficult to build gearboxes. However, these three new parts can form a Technic gearbox in odd-numbered lengths (since they are 3M), which fits perfectly with the LEGO Technic system. These pieces appear together in #42038 LEGO Technic Arctic Truck and #42039 LEGO Technic 24 Hour Race Car, and the Gear Wheel Z16 also appears in #70170 LEGO Ultra Agents UltraCopter vs. AntiMatter. See these excellent elements below.

➡ LEGO Plates & Bricks: I’m not going to go over all the new plates this year, but they all can be found here: Brickset.com/parts/year-2015/category-Plates. However, I would like to point out two particular pieces. The first is Plate 1X2 W. Horizontal Hole Ø4.85 Rev. (Design ID 18677), which comes in medium-stone-grey in ten sets (see here: Brickset.com/sets/containing-part-6089147). I didn’t think this would be too useful when I first saw them, but it seems LEGO has found ample use for it. The other piece is Brick 1X1 W/Stud\U0026 Design (Design ID 15411), otherwise known as an App Brick. This is made from a different kind of plastic than regular LEGO bricks, hence the color name of conductive-black. This material allows the Ultra Agents app to scan the bricks, which unlocks something in the LEGO Ultra Agents game. As you may have guessed, App Bricks can be found in all five of the 2015 LEGO Ultra Agents sets.

➡ LEGO Functional Elements: As I just went over these in Part 3 of this series (see link at the end of this post), I will be brief. First, the Rapid Shooter is technically two pieces: the first is called Six Shooter Housing (Design ID 18588), which comes in dark-stone-grey, and the second is Six Shooter Trigger (Design ID 18587), which comes in both medium-stone-grey and yellow. Rapid Shooters have so far appeared in nine sets. The other element I want to touch on is the Super Jumper (Design ID 18663), which is transparent, and apparently harmful to minifigures. I heard that in the effort of attaching and removing minifigs from the Jumper, the amount of friction could damage the minifig’s legs. So, be careful with your Super Jumpers! 🙄

➡ LEGO Assorted Elements: Of the 23 parts in this category, I want to point out only three. The first one is the popularly noted mirror piece from the #10246 LEGO Creator Detective’s Office, which is oddly named Indskyde 4/6 M/Spejl Nr.1 (Design ID 20193) and given the unrealistic technical color of white. The other two pieces are Motorcycle Frame No. 2 (Design ID 18896) and Motorcycle Fairing No. 4, which are the main pieces for the new motorcycle seen in #60084 LEGO City Racing Bike Transporter. The frame is black as usual, and the top piece is bright-red. The top piece also comes in black in the #76032 LEGO Marvel Super Heroes Avengers Quinjet Chase, which will be released later this year.

➡ LEGO Notable Minifig Parts: There are more than 15 pieces in this category, but I will briefly cover just four. Pe Foil Wings, Sh. Mini Figur, 2 Pcs (Design ID 20273) and Foil Wings, Sh. Mini Figur, 2 Pcs, No. 2 (Design ID 20286) are related, but of different shapes. Both are prints on shaped transparent plastic, and they come in larger squares of the same material. I believe this strategy is a first for LEGO, although something similar may have appeared in the past. The next piece is Scissors W. 3.2 Shaft (Design ID 18920), which comes in silver-metallic in three sets: #10246 LEGO Detective’s Office, #41093 LEGO Friends Heartlake Hair Salon, and the #41071 LEGO Elves Aira’s Creative Workshop. Finally, I want to mention Creature No. 15, Ass. “Deco 1” (Design ID 19539), which is the sand-yellow Tusken Raider headpiece that appears in the #75081 LEGO Star Wars T-16 Skyhopper. I mention this because I find it a huge improvement over the old Tusken Raider head. 😀

Overall, there are some great pieces this year, and many of them are improvements over earlier versions. Although I’m not sure LEGO needs this many new pieces, it seems they have found uses for all of them, which is very good. Also, all the pieces I mentioned above can be found in 2015 sets currently available at the Online LEGO Shop.

What do you think? Do you like the new parts LEGO is coming out with? Do you think these parts are improving the sets LEGO is producing? Feel free to share your thoughts in the comment section below! 😉

And you may like to check out the previous articles in this series: