Today LEGO officially announced the #71016 LEGO The Simpsons Kwik-E-Mart. Whether you are a Simpsons fan or not, this is the best official LEGO grocery store set I have ever seen! It looks excellent both on the outside and on the inside. Just look at all those details and new printed elements; chocolate milk, newspapers, comics, soda-cans and more! This set is an instant hit for sure! Also the second series of LEGO The Simpsons Collectible Minifigures have been revealed. Details below. 🙂 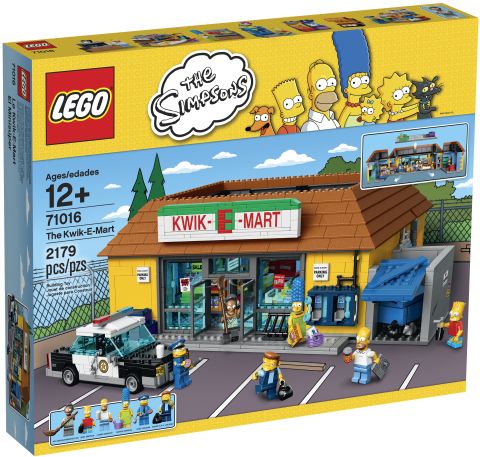 Here is the official description of the #71016 LEGO The Simpsons Kwik-E-Mart: Visit The Kwik-E-Mart – Springfield’s favorite convenience store! Welcome to The Kwik-E-Mart – your one-stop shop for convenience foods at inconvenient prices! This highly detailed and iconic LEGO version of The Simpsons store is packed with more rich, colorful details than a Mr. Burns birthday cake has candles! Walk under the huge Kwik-E-Mart sign and join Homer, Marge and Bart as they browse the aisles filled with beauty products, diapers, dog food, pastries, fruits, vegetables and more – including Krusty-O’s and Chef Lonelyheart’s Soup for One. Then head over to the refrigerated cases where you’ll find Buzz Cola, chocolate milk, various other drinks and snacks… and frozen Jasper! There’s also a Buzz Cola soda fountain, juice dispensers, coffee machine, arcade games, ATM and stacks of Powersauce boxes. At the counter, Apu is ready to tempt you with a variety of printed magazines, comic books, cards, tofu hot dogs, freshly expired donuts and his ever-popular hallucination-inducing Squishees. At the back, there’s a storage closet complete with rat and an exit. On the roof you’ll discover Apu’s secret vegetable garden, while outside this amazing model features bright-yellow walls, 2 phone booths, a stack of purple crates, and a dumpster area with ‘El Barto’ graffiti, opening door and an iconic blue dumpster that also opens. You can also remove the roof and open out the rear walls for easy access. This set also includes Snake (a.k.a. Jailbird), who loves nothing more than stealing cars and robbing the Kwik-E-Mart – but this time Chief Wiggum is hot on his tail in his police car. Capture this bandit and return peace to the town of Springfield and the amazing Kwik-E-Mart. 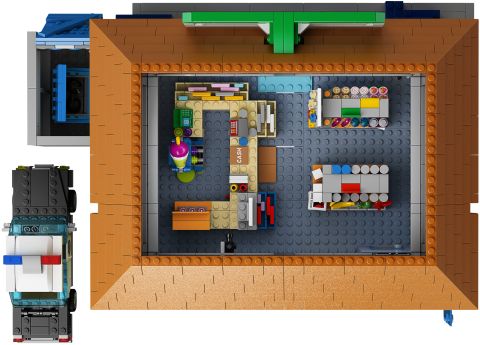 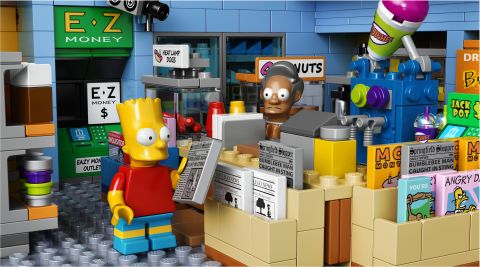 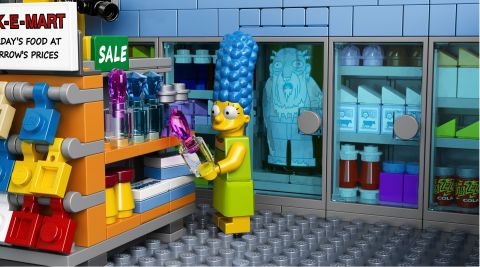 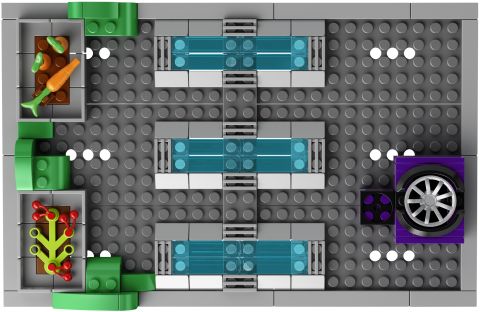 The entire store is just so full of amazing details! If you are a Simpsons fan this set should make you very happy, and even if you are not into The Simpsons, this is an excellent grocery/convenience store for any LEGO City settings. The #71016 LEGO The Simpsons Kwik-E-Mart will be officially released in May, with early access for LEGO VIP members starting April 15th. It will be available directly through LEGO stores and the Online LEGO Shop. Price is going to be: US $199.99 – CA $229.99 – DE 199.99€ – UK £169.99 – DK 1699.00 DKK (Euro pricing varies by country. Please visit shop.LEGO.com for regional pricing.) 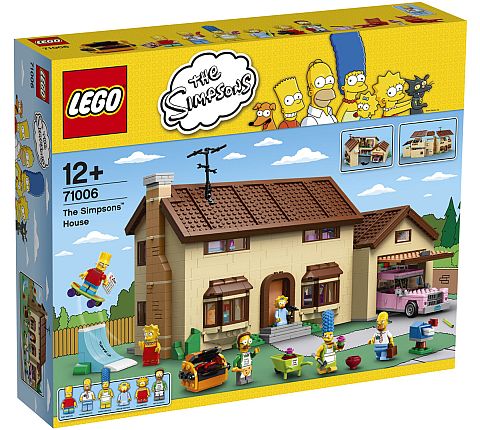 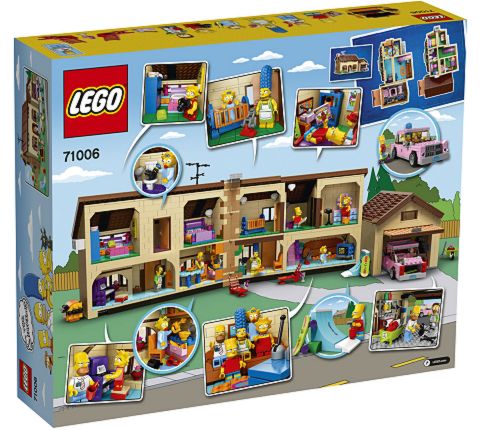 If you really like this set, and you haven’t done so already, you might also consider picking up the #70006 LEGO The Simpsons House before it gets retired. It looks a bit plain on the outside (although accurate to the TV show), but the inside is also very detailed. The first wave of LEGO The Simpsons Collectible Minifigures already sold out online, but you can still find them in some local stores. There will be a second wave of LEGO The Simpsons Collectible Minifigures coming out shortly and including; Homer in his Sunday Best, Marge in her Sunday Best, Bartman, Lisa with Snowball II, Maggie with Santa’s Little Helper, Fallout Boy, Smithers, Patty, Selma, Comic Book Guy, Groundskeeper Willie, Mrs. Krabappel, Dr. Hibbert, Proffesor Frink, Hans Moleman, and Martin Prince (see picture below). 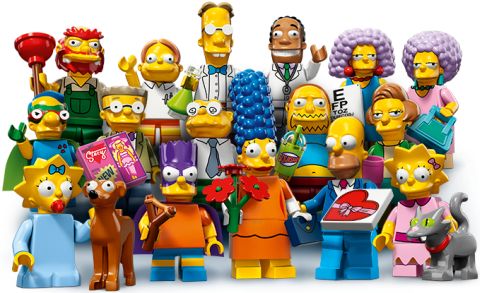 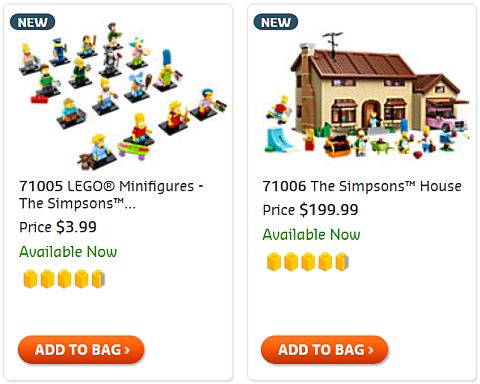 So what do you think? How do you like the LEGO The Simpsons Kwik-E-Mart set? Is this going to be a day-one purchase for you? Or are you going to pass? What do you think of the details and the minifigures? Feel free to share and discuss in the comment section below. 😉