LEGO inspires a lot of people to build amazing things. The LEGO Movie and years of play have taught us that inspiration can come from any place. While I am inspired by LEGO, I am also inspired by technology. Even with LEGO Mindstorms and LEGO Fusion though, I haven’t been able to make the connection. This year however, Microsoft released the news of a new product named the HoloLens. 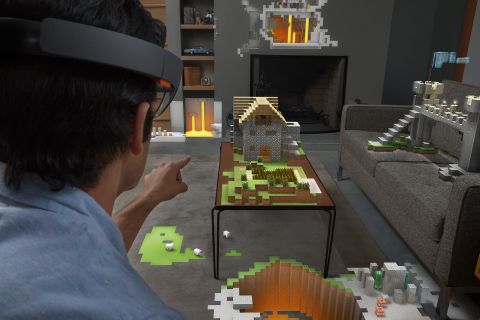 The HoloLens is a virtual reality headset that overlays holograms onto reality. For example, you could see a video projected on your wall without a television or walk through and interact with a scene from a movie played out in your own living room. The demo video (watch below) got me thinking about what might be possible with LEGO and the HoloLens. Certainly, LEGO is already thinking about the possibilities themselves, but since we don’t have access to LEGO’s Future Lab, all we can do is imagine.

Let’s run through two specific scenarios to see how the HoloLens might augment the LEGO experience. Free play with LEGO is possibly the most frequent used LEGO purpose, so let’s start there. What might free play look like with LEGO and the HoloLens?

Imagine a child has a drawer full of LEGO bricks in front of them. They put on the HoloLens and connect to a LEGO app. The HoloLens scans a flat play area and gets ready to receive information. Up in the cloud somewhere, LEGO’s entire library of bricks is waiting to be accessed.

As the child builds with the HoloLens, every brick placement is recorded and uploaded to a virtual model for future reference. His cousin, 500 miles away, signs in at the same time and can see a video of what he’s working on. The cousin makes some suggestions and they collaborate together on the project. Both children play together, talking and building throughout the day. At day’s end, they have a complete model and want to share it. From the HoloLens’ LEGO app, they post their builds on Twitter, Flickr and other social-media platforms for their friends to see.

LEGO sees one of the builds and thinks it might be good enough to turn into a set. They re-tweet it with the suggestion of adding the build to LEGO Ideas. This particular build sparks the imagination of someone at LEGO. They call up the model and quickly make some “best practices” suggestions improve it. When the child checks their LEGO app the next day, they see the suggestions. The child accepts the changes on the HoloLens and their LEGO Ideas model. 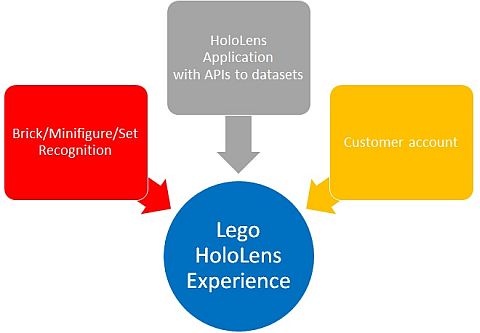 The second scenario is just plain fun and shows how the HoloLens and LEGO could be used to collaborate and enhance the build experience. This could also be a way that LEGO can add revenue to existing platforms while enhancing playability.

A child has just received a LEGO Super Heroes set. It is a LEGO Batman set that comes with a Batmobile and a Plastic Man car (LEGO, feel free to make this a real set). The set has special HoloLens content that is tied to the latest LEGO videogame release on XBox, LEGO Batman 5. The child can build the set and scan special codes included in the game to immediately unlock Plastic Man and the special vehicle, allowing the child to play with it virtually and in reality. Game content can be streamed around the real set and they can also play with it inside the game.

After the set is built, the set is stored to a special library tied to the child’s account. This allows them to destroy the set in real life, but play with a virtual model of it whenever they choose via the HoloLens. Since the HoloLens works against reality, the model can interact with reality in a very similar way to the real LEGO set. The game enhances the set’s playability and the set unlocks special content in the game. The HoloLens and the video game have effectively sold a physical LEGO set! 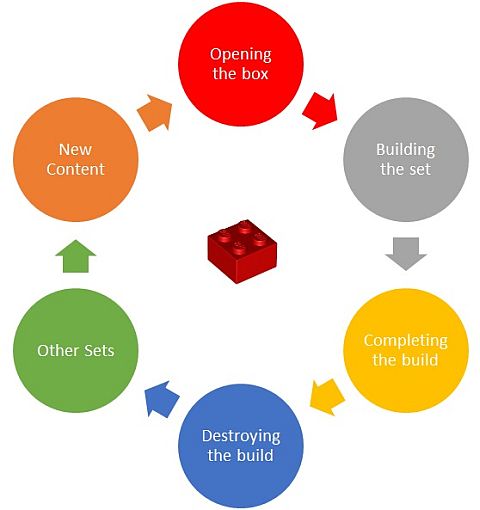 As you can see, there are at least two real ways that LEGO could leverage the HoloLens to enhance the playability for the consumer and possibly enhance revenue. There are near endless ways to merge the virtual with the real using the HoloLens. I’m hoping LEGO and Microsoft have something going by the time the next Future Lab rolls around! 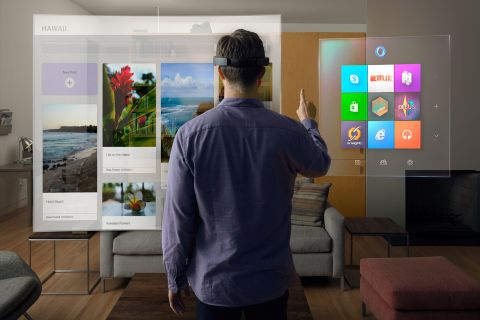 If you are interested, I have shared these ideas, along with many other possibilities about how LEGO and HoloLens could work together, on my own blog in the following article: The Most Intriguing Ways LEGO Could Leverage the Hololens. Feel free to read it and let me know what you think!

How do you like the idea of LEGO and virtual reality blending into a seamless experience? Can you think of any other scenarios on how they could work together? Would love to hear your thoughts and ideas on this! 😉