One of the most interesting LEGO themes that was released this year is LEGO Elves. We have talked about the LEGO Elves sets extensively (see links at the end of this post), so you probably know already that LEGO Elves is based on the story of a human girl (Emily Jones) being transported to the land of the Elves via an amulet she inherited from her grandmother. She makes friends with four Elves who try to help her get back home. While we got several teaser-videos previously to introduce us to the story, now the full 1st episode of LEGO Elves is available. This episode is titled LEGO Elves – Episode 1: Unite the Magic, and you can watch it in full below. 🙂

In LEGO Elves – Episode 1: Unite the Magic, you will be introduced to Emily Jones, and follow her on her trip to the land of the Elves. While there, she will meet the four elves we were introduced previously through the teaser-trailers: Naida, the Water Elf, Farran the Earth Elf, Azari the Fire Elf, and Aira the Wind Elf. The five of them together start on an adventure to try to get Emily back home. The full episode below is 24 minutes long, so grab your popcorn and enjoy the show!

There are a couple of very interesting things about this LEGO Elves episode. First of all, notice that it is titled Episode 1, but it includes the entire story that the currently and summer LEGO Elves sets feature. Does this mean that LEGO Elves will continue with further adventures? And more LEGO sets? I would think so! This is really excellent news because so far LEGO Elves have been received very enthusiastically, with every review I have read or seen raving about the sets. The LEGO Elves sets have everything; beautiful designs, lots of interesting new parts, cute characters, and a non-violent fantasy adventure that can appeal to both children and adults. You can find all the currently available LEGO Elves sets at the Online LEGO Shop. 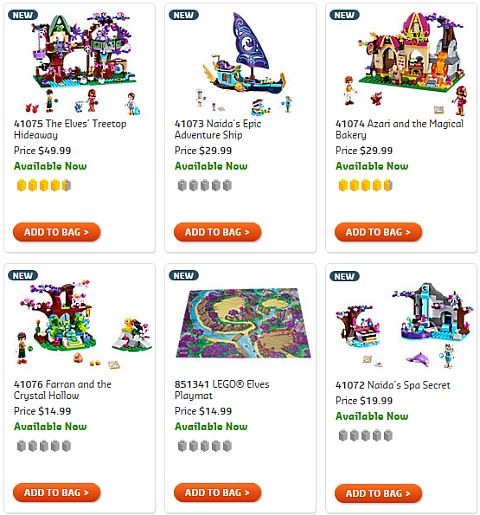 The other interesting feature of the LEGO Elves episode is that it is done in a very different style than the LEGO Ninjago and LEGO Legends of Chima TV shows – both of which look very LEGO-ish, with characters that are obviously LEGO minifigures. The vehicles, animals and other creatures also appear to be built of LEGO, while the background usually have a simple cartoonish style that fits well with the general look and feel of LEGO. In contrast, LEGO Elves went into a different direction with characters that don’t look like LEGO minifigs (or even mini-dolls) at all, nor are any of the settings resemble LEGO. It just look like a standard animated cartoon. 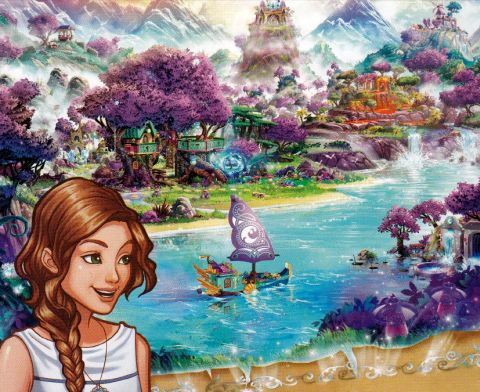 Some people complain about this and miss the LEGO look. While others consider it an opportunity to open up creativity and free-building. I would say that both views have a point. The fun of LEGO cartoons is seeing your LEGO minifigs animated. The films give voice and personality to your favorite LEGO minifigures – they basically come alive right in front of your eyes. Also LEGO cartoons often incorporate the unique nature of LEGO; like vehicles falling to pieces then getting reassembled into something else. LEGO Elves is the opposite. It is the film that sets up the look of the characters and the setting of the story, and the LEGO Elves sets simply mimic them – kind of like what you would see with licensed LEGO sets that are based on a film. This can inspire LEGO fans to recreate larger scenes from the film itself. LEGO Elves especially has a very nice scenery that just wants you to build colorful forests and hidden coves out of your LEGO bricks!

What do you think? How did you like the first episode of LEGO Elves? Did you like the animation, the story, the characters? Do you have any of the LEGO Elves sets already? Have you considered expanding them to build bigger scenes of magic and fantasy? Feel free to share your thoughts in the comment section below! 😉