A few days ago LEGO Ideas – the website where LEGO fans can submit their own projects for the possibility to become official LEGO sets – announced some major changes. As you know, projects submitted to LEGO Ideas had 1 year (365 days) to reach the minimum number of 10,000 votes to be considered by LEGO for future production. The deadline has now been extended if the project reaches certain milestones. If you have been supporting a project on LEGO Ideas, or you have your own project listed there, this is excellent news! Below are the details. 🙂 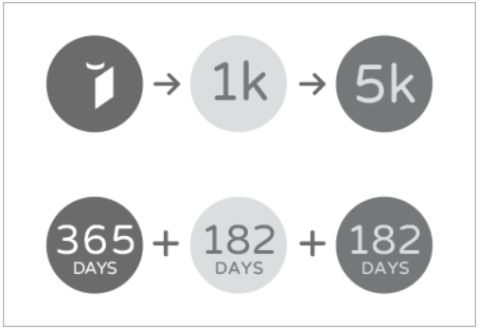 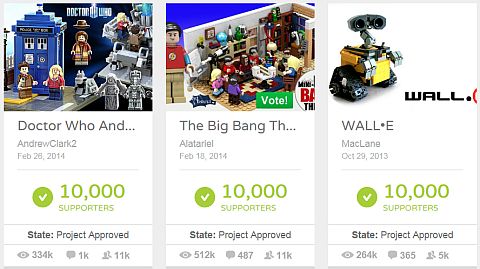 I believe this change to the deadline is very reasonable. It allows projects that are popular and have good momentum to gather the last votes they need. All project still have at least one year to gather votes, which is plenty of time to ascertain if it has any potential. In the future it might even be a good idea to weed out really poorly made projects at an earlier stage as it seems LEGO Ideas is flooded with them. However the filtering system on their website is quite good, so you can browse projects without having to go through a bunch of weak submissions. You can sort results by most supported, most comments, most recent, recently updated, most followed and ending soon. It is a good idea to check the site once a month of so to find project that you would like LEGO to make into an official LEGO set. And if you are really enthusiastic about an idea you can also share it with friends and family and via social-media, to make sure it gets the required number of votes.

LEGO Ideas also posted a helpful chart that can help in understanding how the process works for a project that did acquire the minimum number of votes by the deadline. There are three review-periods per year, in January, May and September. And the result of the review is announced a few months later (see chart below). When the set gets released however can vary quite a bit though even after a project is approved. Just like currently we are waiting for the release of the LEGO Big Bang Theory, LEGO WALL-E and LEGO Doctor Who sets. We know they will be made, but when they will be released is unknown at this point (although according to some rumors they should be available sometime in the summer/fall of this year).

Also, remember that the #21109 LEGO Ideas Exo Suit set is getting retired, so if you wanted this set, or wanted extras, don’t delay. I have three myself and I love them! Other currently available LEGO Ideas sets are the #21108 LEGO Ideas Ghostbusters Ecto-1, and the #21301 LEGO Ideas Birds – both are excellent sets that I highly recommend. You can find all LEGO Ideas sets at the Online LEGO Shop.

So what do you think? How do you like the changes to the LEGO Ideas platform? Are there any projects you are supporting that benefits from the extension? Feel free to share your thoughts in the comment section below! 😉