LEGO released a series of minifigure-size LEGO Minecraft sets in 2014, and there will be more coming later in 2015. They have been very popular with Minecraft fans, even more so than the previously released LEGO Minecraft Micro-World sets. We have discussed the minifig-size LEGO Minecraft sets previously, and have also done separate reviews on several of the sets, however today I would like to share with you an overall review of all of the sets, and what can you build with them when you have the entire collection. You will see, it’s quite impressive. 🙂 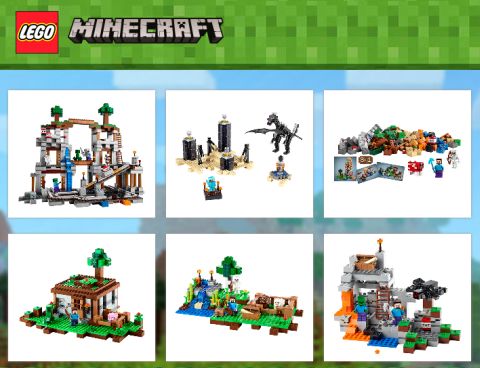 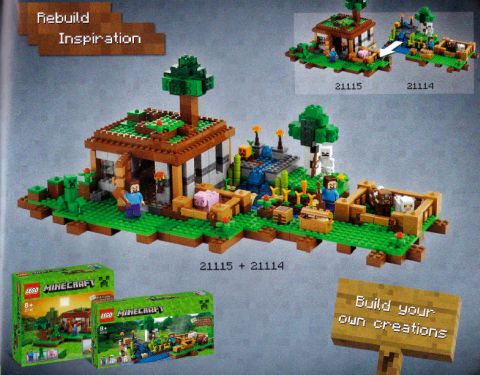 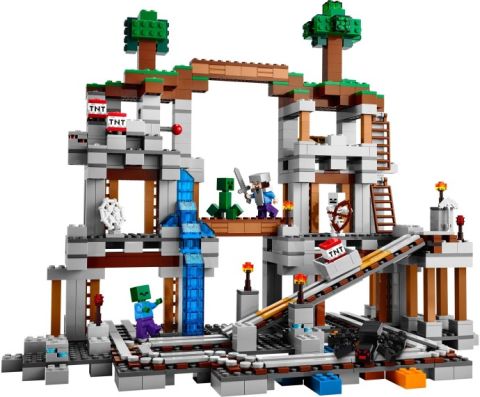 The largest of the LEGO Minecraft sets is the #21118 LEGO Minecraft The Mine. This is an impressively big set with some fun play-features and a great selection of basic LEGO elements in nice colors. But the most interesting of all of the LEGO Minecraft sets is the #21116 LEGO Minecraft Crafting Box. It includes over 500 pieces and 8 different layouts you can build from the instruction book, and of course you can also make your own creations. This is one of the best sets LEGO offers right now that directly encourages free-building. Also, because the set includes large elements and basic building techniques it is suitable for even younger kids – the recommended age is 8+, but for kids who grew up with LEGO I would say that even a 4 or 5-year-old would be happy with this set.

In the video-playlist below you will find reviews on all of the 2014 LEGO Minecraft sets by JANGBRiCKS, including a separate review on the LEGO Minecraft minifigs. There are also individual reviews of the eight featured models from the LEGO Minecraft Crafting Box, and a review on all of the sets combined. Again, this is a playlist, so in the video-player below you can watch all of the above mentioned reviews. The first video will show you the combined layout, the second all the minifigs, and then all of the sets separately. You can watch all the reviews in order, or skip ahead to the ones you are interested in.

It’s pretty obvious that LEGO and Minecraft are a perfect combination, as they are both based on building with blocky elements. While I really like the LEGO Minecraft Micro-World sets, I believe they are more geared towards collectors, while the new minifig-scale LEGO Minecraft sets are more kid-friendly and fun. Also, as you can see from the videos, you can build some very-very large and impressive layouts. If you want to give a try to the LEGO Minecraft sets they are available at the Online LEGO Shop.

What about you? What do you think of the LEGO Minecraft sets? Do you own any of them already? Have you used them to build your own Minecraft world? Which one of the sets do you like the most? Or do you like all of them? And what do you think of the LEGO Minecraft Crafting Box? Have you built all of the models in the set? Feel free to share your thoughts and own reviews in the comment section below! Would love to hear your thoughts on these sets! 😉