LEGO Star Wars May the 4th be with you

Coming up soon, May the 4th is official Star Wars Day, celebrated with many exciting events by Star Wars fans. This year is particularly significant as we get closer to the release of the Star Wars: The Force Awakens film at the end of the year. In fact we have just talked about the recent Star Wars Celebration the other day (see: LEGO Star Wars New Sets, Updates & More!), and I’m sure there will be many more such events. But still, May the 4th is special as Star Wars Day, and of course LEGO is participating in the event by offering new sets and promotions. We will talk about these in detail shortly, but today I wanted to share with you a postcard I got in the mail from LEGO that hints on what’s coming. 🙂 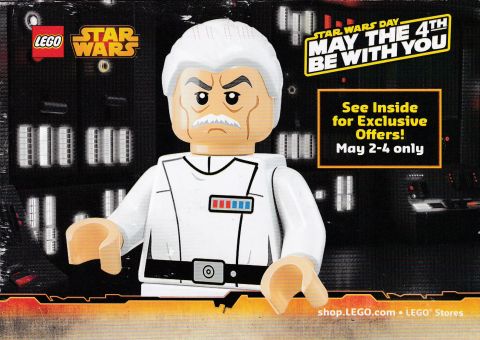 At the front of the postcard is Admiral Yularen in minifig form. He is going to be the special free exclusive from May 2-4 with any LEGO Star Wars purchase of $75 or more. Inside the postcard you can read about other specials, including a free Star Wars Episode IV poster with any LEGO Star Wars purchase, select LEGO Star Wars sets on sale (we don’t know which ones yet), and a building event at official LEGO stores during the weekend leading up the 4th (this year May the 4th falls on a Monday, so it makes sense for LEGO to extend the fun through the weekend). 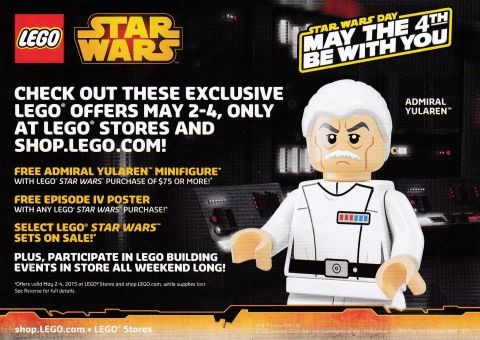 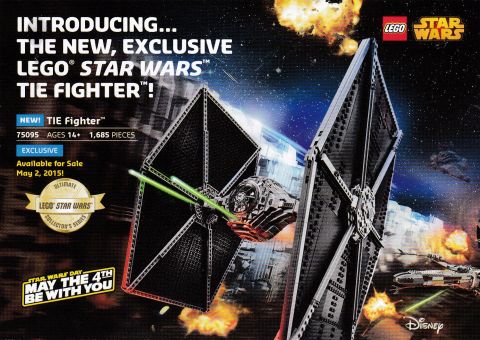 The most interesting part of the postcard is the back. There is a small ad with tiny text that states: “Just for VIPs! Win 1 of 10 New Exclusive TIE Fighters! Signed by the Owners of the LEGO Group.” Then with even tinier texts it says (I actually had to borrow the magnifying glass from my detective minifig to read it): “No purchase necessary. Void where prohibited. US and Canadian LEGO VIP members aged 18 and over only, excluding Quebec. Valid May 2-4, 2015. For official rules visit shop.LEGO.com.” I assume that this means on May 2nd there will be a special link for LEGO VIP members where they can enter the drawing. Pretty exciting, isn’t it? 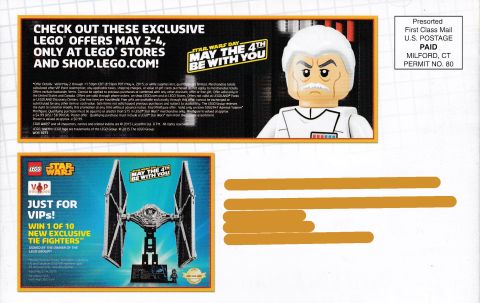 So what do you think? Are you looking forward to Star Wars day? And did you get the postcard also? Are you planning to enter the contest to win the new LEGO Star Wars TIE Fighter? Feel free to share your thoughts and discuss in the comment section below! 😉 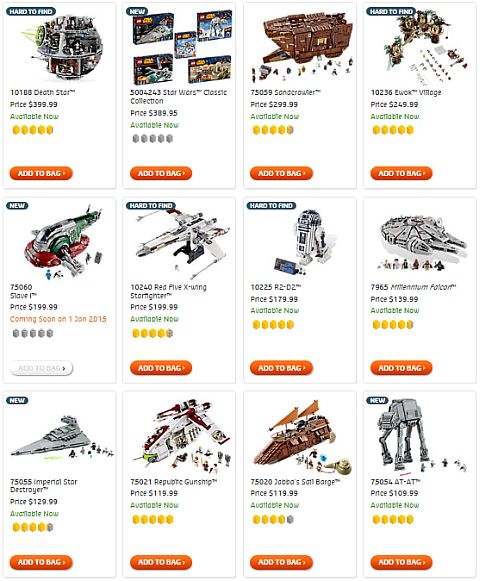 Next post: Another LEGO Avengers: Age of Ultron trailer