If you are a LEGO Star Wars fan you are likely aware of all the buzz happening in the Star Wars universe right now due to the recent Star Wars Celebration event in Anaheim, California. In addition to the general Star Wars celebration, LEGO also had a booth at the event where they revealed several new sets, had an exclusive set available just for participants, and more. Below you can read the details. 🙂

First of all, the second official teaser trailer was released for Star Wars: The Force Awakens, creating lots of excitement amongst Star Wars fans, and of course several LEGO fans recreated the trailer in LEGO (I will share one of them with you below, and you can find more on YouTube).

For LEGO Star Wars fans and collectors probably the most interesting is the exclusive LEGO Star Wars Tatooine Mini-Build set that was available for purchase at the event. It includes a micro version of some iconic scenes and characters from Tatooine; the home where Luke Skywalker grew up, a micro-size Sandcrawler, and Landspeeder, and micro versions of C-3PO, R2-D2, Owen Lars, and two Jawas. A regular C-3PO minifigure is also included. The set contains 178 pieces and originally sold for $40 at the event. If you are interested, you can get the set on eBay, but expect to pay about double the price. You can find current listings here: LEGO STAR WARS TATOOINE MINI-BUILD ON EBAY 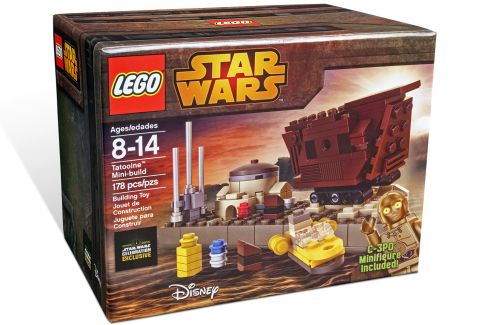 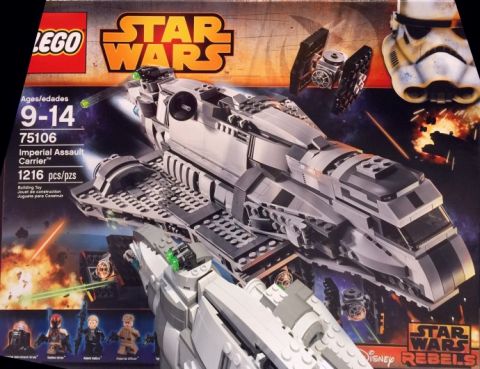 Other sets that LEGO revealed are the LEGO Star Wars constraction figures. We have seen a couple of these before, but now we can take a look at the rest of them: #75107 LEGO Star Wars Jango Fett, #75108 LEGO Star Wars Clone Commander Cody, #75109 LEGO Star Wars Obi-Wan Kenobi, #75110 LEGO Star Wars Luke Skywalker, #75111 LEGO Star Wars Darth Vader, and #75112 LEGO Star Wars General Grievous. Opinions on these are quite controversial, leaning towards the negative – they just don’t look LEGO-ish enough, although they do include some useful pieces. 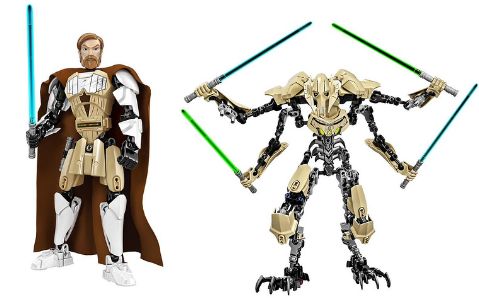 LEGO also revealed that there is going to be a new Disney XD animated show titled LEGO Star Wars: Droid Tales later this year (no exact dates are available yet). According to the official press-release, the animated content series consists of five 22-minute episodes that re-tell the Star Wars saga in chronological order from Star Wars: The Phantom Menace up through Star Wars: Return of the Jedi. As its title suggests, LEGO Star Wars: Droid Tales is a re-telling of the Star Wars universe through the eyes of C-3PO and R2-D2. Following their victory celebration in the Ewok village on Endor, seen at the close of Star Wars: Return of the Jedi, C-3PO and R2-D2 have gathered to regale Luke, Leia, Han, Chewbacca and the other Rebels with the tales of their adventures that led to the events of Star Wars: The Phantom Menace. An accidental kidnapping occurs while the droids are reminiscing and suddenly viewers are taken on a new adventure that leads to encounters with familiar faces and places that prompt the re-telling of the entire saga. The series offers all of the playful humor that viewers expect from LEGO Star Wars films. 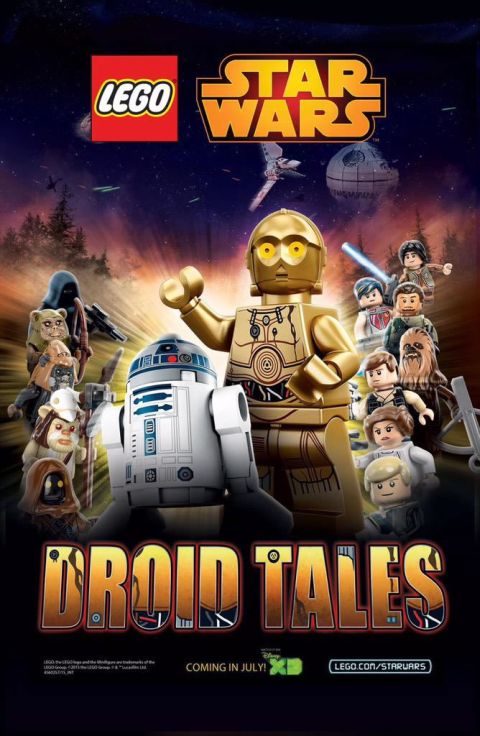 That’s quite a bit, isn’t it? And except a lot more in the coming months as we get closer to the release of Star Wars: The Force Awakens at the end of the year. Also, remember that May the 4th is official Star Wars Day, which LEGO always celebrates with new LEGO Star Wars sets and promotions. We will talk about those in more detail at the beginning of next month. In the meantime you can check out the currently available LEGO Star Wars sets at the Online LEGO Shop. 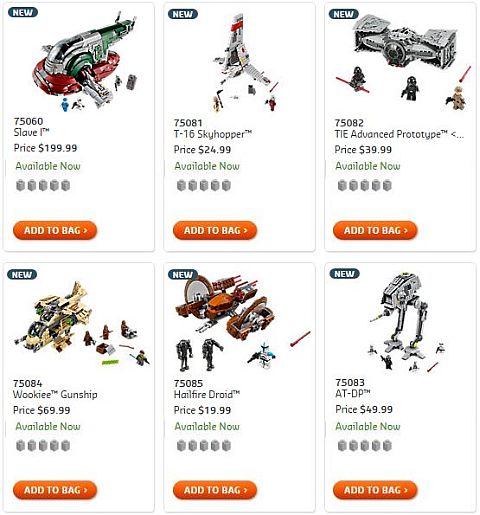 So what do you think? How do you like the LEGO Star Wars constraction figures? And are you excited for the new film coming out in December? What about the LEGO Star Wars: Droid Tales animated show? Feel free to share and discuss in the comment section below! 😉


And you might also like to check out the LEGO Star Wars section for more news, reviews and discussions, or select from the following recent posts:

Next post: LEGO SHIELD Helicarrier review with a twist