After the immense popularity of The LEGO Movie, it was inevitable that there will be more theatrical films based on our favorite hobby. Previously it was announced that there will be a LEGO Ninjago movie in August of 2016, a LEGO Batman movie in May of 2017, and a sequel to The LEGO Movie in May of 2018. Those dates where preliminary however, and in a recent press-release Warner Bros. has announced more updated release dates of all three films. As they are still quite far in the future, it’s possible that the dates may change again, but at least we know when we should expect. I’m also pretty sure that there will be LEGO sets related to the films, so we can look forward to those as well. 🙂 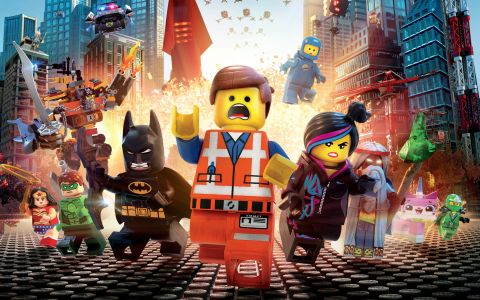 The first upcoming film is based on Batman from The LEGO Movie, with the release date of February 10th, 2017 – moving it a little bit closer from the previously announced date. It’s still almost two years into the future though, so we will have to wait quite a bit. But all good things take time, and Batman’s character was definitely funny and engaging in The LEGO Movie, so I think he will be worth the wait.

The second film is based on LEGO Ninjago, with the release date of September 22nd, 2017 – which means it was moved further into the future by about 6 months. This is a bit disappointing in the sense that we will have to wait for over two years. On the plus side it likely means that the LEGO Ninjago TV show and the LEGO Ninjago sets will continue until the release of the theatrical film. Which is great news for LEGO Ninjago fans who have been worried about LEGO Ninjago getting discontinued. Don’t take my word for it though, but most likely this is what’s going to happen. 🙄

The third fill is the sequel for The LEGO Movie, with a release date of May 18th, 2018. (You can see they are spaced about half a year apart.) While we little information on the first two movies, we know that in this film Emmet and Wyldstyle will be back and the story will play out four years after the events in the first movie. Which also seem to indicate that the human characters will return as well, but that’s just my speculation. Below is the official press-release with more details:

Warner Bros. Pictures – Confirms the LEGO Pieces of its Animation Slate into 2018

(April 20, 2015 – Burbank, CA) – Building a strong slate of animated tentpoles that extends well into 2018, Warner Bros. Pictures today confirmed the release dates of three much-anticipated LEGO features. The announcement was made by Dan Fellman, President, Domestic Distribution, and Veronika Kwan Vandenberg, President, International Distribution, Warner Bros. Pictures. The next LEGO film to open will be the as-yet-untitled LEGO Batman feature, which is coming to theatres earlier than planned, with the global launch starting domestically on February 10, 2017. Seven months later comes “Ninjago,” which had been slated for release in fall 2016; however, the film is still under construction, so it is being moved to September 22, 2017 domestically, with international dates to follow.

“The LEGO Movie Sequel,” the follow-up to the smash hit “The LEGO Movie,” is opening one week earlier than originally slated, now being released domestically on May 18, 2018, beginning its worldwide release. In making the announcement, Fellman stated, “We are very excited about dating our upcoming LEGO animated features, which already have a worldwide fan following, built on the foundation of the first film. These three films already in the pipeline are just the beginning of a creative and diverse animation slate that will be delighting audiences for years to come.”

Kwan Vandenberg added, “We are looking forward to expanding the LEGO film franchise globally with these three incredibly imaginative movies, each offering something different to appeal to a broad range of audiences around the world.” Jill Wilfert, Vice President of Licensing and Entertainment from The LEGO Group, noted, “We are so pleased to continue our creative partnership with Warner Bros. on these upcoming projects. It’s truly amazing to see how the big screen lends another dimension to the rich LEGO world, and offers new ways for fans to be engaged and entertained by these characters.”

So what do you think? Are you looking forward to this LEGO films? Which one do you think will be the best? And what do you think the stories are going to be about? Feel free to share your thoughts and discuss in the comment section below. Also, if you hear any updates or rumors you are welcome to post those also, if you like. 😉 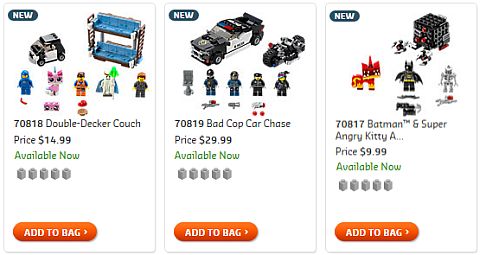