Walking LEGO animals – so much fun!

Today I would like to show you a couple of really fun LEGO creation by Jason Allemann (a.k.a. JK Brickworks), a waddling duck and a hopping kangaroo. They are based on traditional mechanical wooden toys that use gravity to walk down a ramp. I think you will really enjoy them. In the video below Jason will explain how these LEGO toy animals were made, and he even shares the step-by-step building instructions on his website. 🙂 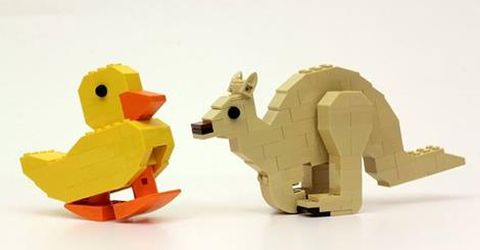 Jason shares on his website JKBrickworks.com: “Deep in a YouTube session one night, I stumbled across some traditional wooden walking toys and immediately added them to my list of potential LEGO projects. After several prototypes and many tweaks I finally finished these cute little guys. A duck and kangaroo that waddle/hop down an incline. The mechanics are extremely simple, and to me they are reminiscent of the escapement on a gravity powered clock, controlling the power of gravity by channeling it into discrete steps.” Take a look at both walking animals in the video below:

Really fun, aren’t they? And also very cute! While the mechanics look easy, it is obvious that it took a lot of trials and tweaks to get them just right. Instructions for both models can be found at Jason’s website at the following link: DOWNLOAD INSTUCTIONS FOR WALKING LEGO ANIMALS

Once you build these walking LEGO animals, if they don’t seem to be walking very well there are some hints below for getting them to behave: 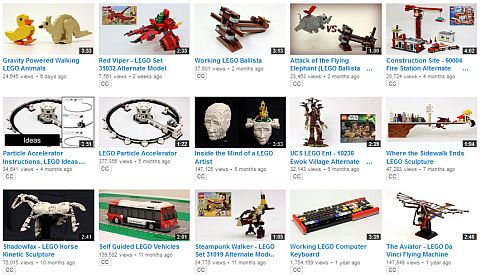 So what do you think? How do you like these walking LEGO animals? Are you planning to build them? What other animals do you think would work well with this mechanism? Feel free to share your thoughts in the comment section below! Also, I highly recommend you check out Jason’s YouTube channel because he has many other amazing mechanical LEGO creations, including a running LEGO horse, a LEGO particle-accelerator, working LEGO ballista, self-guided LEGO vehicles, a LEGO version of Leonardo da Vinci’s flying machine, and more! And just like in the video above, Jason shares how each of his creations were made, and he also shares building-instructions to most of them. 🙂