Just a few days ago LEGO released a space port related sub-theme for LEGO City with four new sets (plus a small polybag set). We have mentioned them briefly in 2015 LEGO Summer Sets Available Now!, and today we will look at them in more detail. The last time LEGO released a LEGO City space port related theme was in 2011, and it is quite interesting to compare how LEGO approached the theme then and now. So let’s take a closer look. 🙂 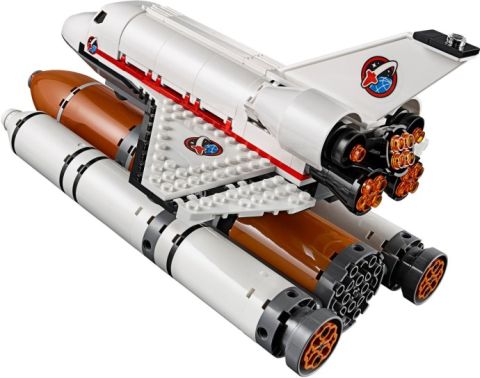 In 2015 we have one small set in the form of the #60077 LEGO City Space Starter Set with various random items for space ground support and four minifigures. Then we also get two medium size sets; the #60078 LEGO City Space Utility Shuttle and the #60079 LEGO City Training Jet Transporter. The largest set in the line is the #60080 LEGO City Spaceport.

It is interesting to note that the #60080 LEGO City Spaceport from this year, and the #3367 LEGO City Space Shuttle from 2011, have almost identical designs as far as the space shuttle goes. The only main difference is that this time we also get booster-rockets and a fuel-tank attached, and a mobile launch-pad. I do like the new model very much, however I’m not sure if the additions justify the much increased price. The #3367 LEGO City Space Shuttle was a 231 piece $30 set (13 cents/piece), while the #60080 LEGO City Spaceport is a 586 piece $120 set (20 cents/piece) – which makes it one of the most expensive LEGO sets ever released as far as price/piece. 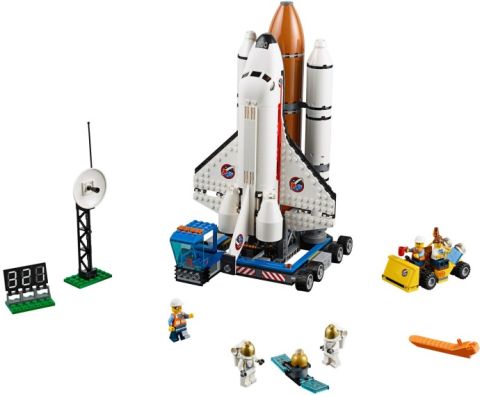 LEGO fans are trying to be understanding, and cite the use of several new large pieces as the reason for the higher price-tag, however at least in my opinion LEGO should be managing spreading out the cost of new specialized pieces better, rather then stuffing them all into one set and making the price unusually high. Anyhow, you will need to judge for yourself if the set is worth the price for you or not. If you like it but don’t mind waiting some, you could hold on until it goes on sale, which I’m pretty sure it will. An around $80 price-tag would be a lot more reasonable for this set.

Besides the price, I think the set itself looks fantastic. I really like the contrast of the white against the black and dark-orange, making it look very much like a real life space shuttle. The mobile launch-pad also looks great. While the set has nice play-features and all, it would also look great as a display model. Kind of like a smaller and more play-friendly version of the #10231 LEGO Exclusive Shuttle Expedition display set which was also released in 2011. Below is the full video-review of the #60080 LEGO City Spaceport by JANGBRiCKS, which will show you all the details.

The #60078 LEGO City Space Utility Shuttle is a smaller, stripped-down version of the shuttle from the #60080 LEGO City Spaceport set. It is only $25, so could be a good alternative to the larger set, especially if you add to it the #60077 LEGO City Space Starter Set, which is only $10. 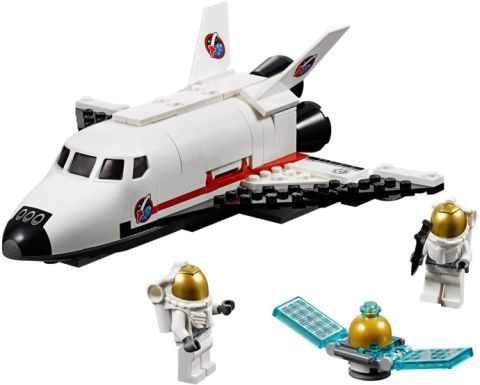 A somewhat unusual set in the series is the #60079 LEGO City Training Jet Transporter. It is very much like other transporter sets in the LEGO City line, but this time instead of hauling cars or a helicopter, it carries a training jet for astronauts. What I like about this set is that even if you don’t want to set up a full space-station in your LEGO City, you can still have this transporter going through your city roads and add a touch of spacey-ness. 🙄 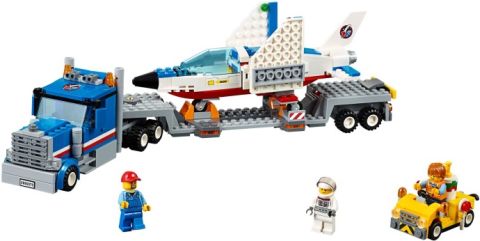 If you do really like the theme and want to get it right away, all four sets together would set you back just a bit over $200, which is not too bad, even considering how expensive the #60080 LEGO City Spaceport set is. You can even get the smaller sets now, and hope that the largest one will indeed go on sale. I do have to say though that my favorite is the largest set, and I think anyone who is into space exploration would be happy with it. You can find all the new sets under the LEGO City section of the Online LEGO Shop. 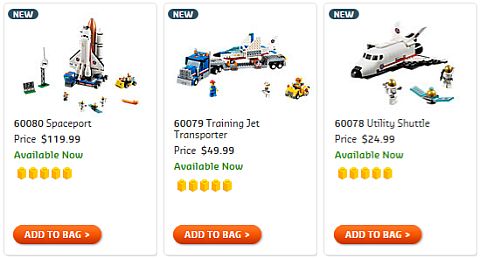 So what do you think? How do you like the new LEGO City Space sets? Are you interested in any of them? And what do you think of the prices? Too high? Or okay with you? Are you planning to get the sets now, wait until later to get them, or pass on them completely? Feel free to share your thoughts and discuss in the comment section below! 😉