A couple of days ago LEGO announced the next upcoming LEGO Ideas set. In case you are not familiar with it yet, LEGO Ideas is a platform for LEGO fans to submit their own ideas for future LEGO sets. If the project reaches 10,000 public votes, LEGO will consider the set for production. Below are the highlights of the announcement, and you can also read the original on the LEGO Ideas blog. So let’s see what’s coming! 🙂 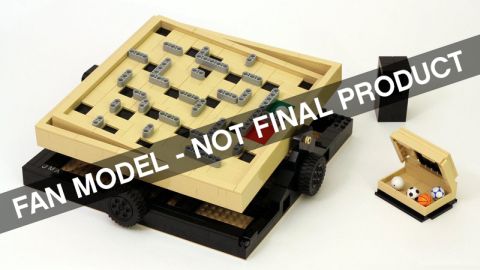 “We’re thrilled to share with you the latest LEGO Ideas results, this time for the third 2014 LEGO Review. Nine projects qualified for the third 2014 LEGO Review between September of last year and early January. The LEGO Ideas Review Board has evaluated these projects and ultimately decided to green-light one project to become an official LEGO set, and we’re still considering another one. Here are those results: LEGO Ideas #013 Labyrinth Marble Maze.”

“Huge congratulations to LEGO Ideas member JKBrickworks, whose Labyrinth Marble Maze is the latest project to be selected as a future LEGO Ideas set! Jason Allemann is a Canadian LEGO artist who re-discovered the hobby when the LEGO Group launched MINDSTORMS and acquired the Star Wars license in the late 1990’s. Today he builds lifelike sculptures, mechanical models, micro-scale spaceships, and architecture models. We’re particularly excited about this project; it’s a great interactive table-top game that you can customize to your own liking. We’re still working out the final product design, pricing and availably for the LEGO Labyrinth Marble Maze, so check back on LEGO Ideas later this year for details.” 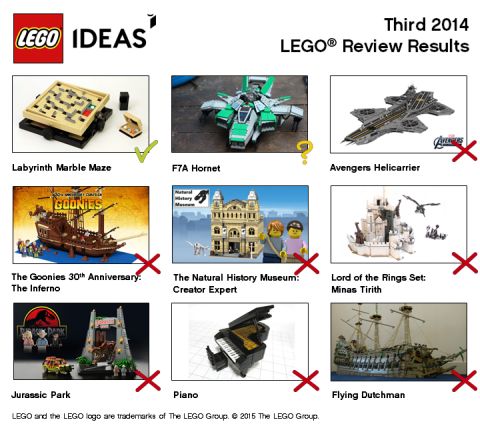 “The LEGO Review Board is still considering the LEGO F7A Hornet model by nosmigon. Our final decision will take some time, and we’ll share details when we’re able. All other projects from the Third 2014 LEGO Review will not be produced. This decision, however, does in no way take away from the incredible talent put into these projects or the passion supporters have shown.”

“The First 2015 LEGO Review is well underway, and you can expect results in fall this year. We’re also looking forward to sharing more details about upcoming sets LEGO Big Bang Theory, LEGO Doctor Who, and LEGO WALL-E when we are able. Until then, happy building!” 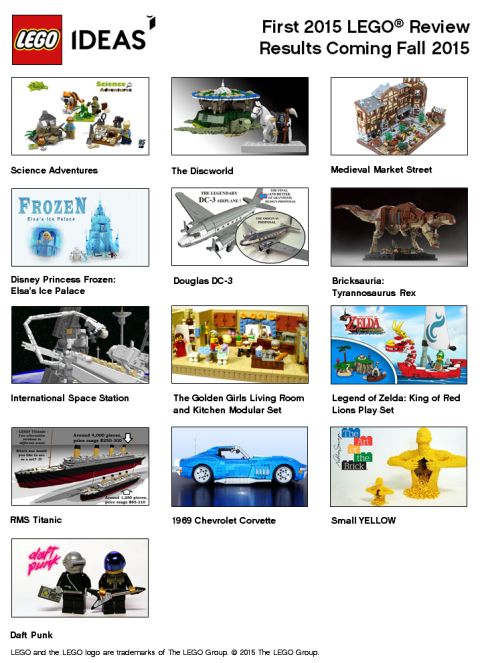 We have featured the LEGO Labyrinth Marble Maze back in 2012 when it just started gathering support on LEGO Ideas. Our regular contributor, Sarah, interviewed Jason about the project and got some very interesting details about how it was developed. You can read the article here: CUUSOO: More Changes & an Amazing Maze! (those days LEGO Ideas was called LEGO CUUSOO). We have also featured other works by Jason as he is an incredible builder (see links at the end of this post). So, congratulations to him on the success of his submission! I’m very much looking forward to it, as labyrinths are classic and well-liked games. 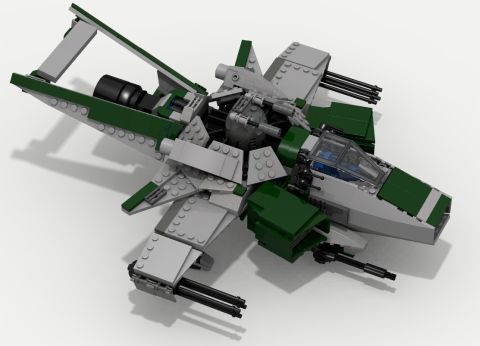 That LEGO is still considering the LEGO F7A Hornet is great news as well. The Hornet is from the upcoming game Star Citizen, which is a space themed video game for Microsoft Windows and Linux. The game consist of two main components: first-person space combat in a massively multiplayer setting, and a single-player and drop-in co-operative multiplayer campaign titled Squadron 42. The Hornet is flown by the elite fighter-pilots in the game and it also has a civilian version. Even for LEGO fans who are not into gaming, this is a really cool looking jet. 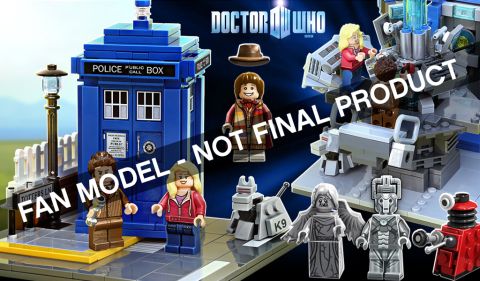 As far as the LEGO Big Bang Theory, LEGO Doctor Who, and LEGO WALL-E sets that were already approved in previous review periods, they should be officially announced any day now. From what I have heard they will all be released in the fall-winter of this year. My guess is that at least one (if not all) of them will be announced at the San Diego Comic Con in early July. In the meantime you can check out the currently available LEGO Ideas sets submitted by LEGO fans at the Online LEGO Shop.

So what do you think? How do you like the LEGO Labyrinth Marble Maze? Is this a set you are looking forward to? Are you disappointed that some of the other projects didn’t make it? And which projects would you like LEGO to choose from the next review period? Feel free to share your thoughts and discuss in the comment section below! 😉