At the official LEGO Star Wars website there are some new additions to the mini-movies section that are worth checking out. Most of them are a minute long or less with no dialogue besides basic grunts, great animation, fun action, and LEGO’s characteristic humor. And there is more. Some of the videos include interesting details that we might (hopefully) see in future LEGO Star Wars sets. So let’s take a look at the latest videos. 🙂 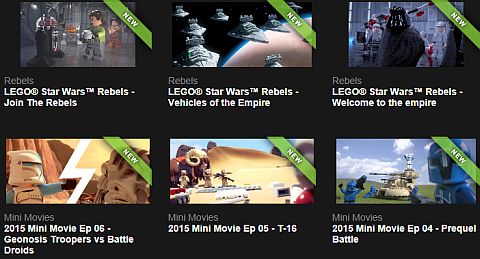 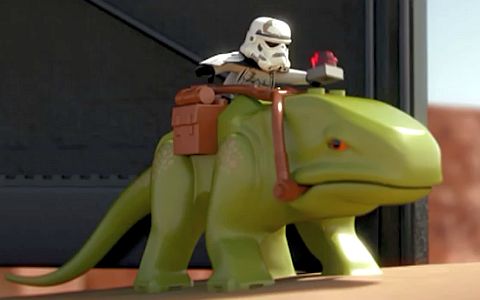 In LEGO Star Wars Mini Movie Episode 5 – T-16, which was just recently added, three Tusken Raiders are seen with a Bantha! Is this a sign that we are going to get a Bantha in a future LEGO Star Wars set? I think there is a good possibility. 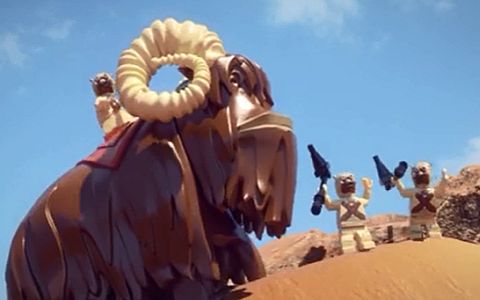 In LEGO Star Wars Rebels – Join the Rebels and in LEGO Star Wars Rebels – Welcome to the Empire, you can see a really sweet looking R2 unit with a clear dome. I think there is a great possibility that this will be included in a future LEGO set. Especially given the fact that LEGO has been experimenting quite a bit within the last year or so with clear elements, printing on clear elements, and mixing clear and colored plastic (see for example the LEGO Legends of Chima and LEGO Ultra Agents minifigs and minifig accessories). 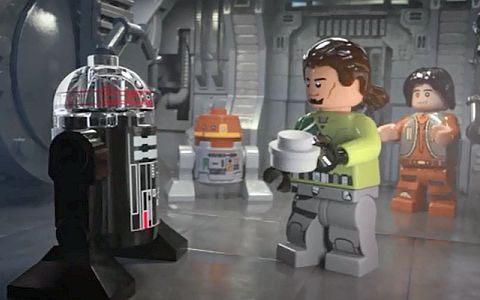 And my favorites is LEGO Star Wars Mini Movie Episode 6 – Geonosis Troopers vs. Battle Droids, which includes a super-awesome mech! Whether this mech will ever be included in a LEGO Star Wars set or not, I would really like to build it! If you are up to the challenge of recreating it in LEGO, or in LEGO Digital Designer, let me know, and maybe we can work together on it. See video below for what I’m talking about, and you can see the rest at the official LEGO Star Wars website.

So what do you think? How do you like these LEGO Star Wars mini-movies? Do you think the Bantha, the clear-domed R2 unit, and the mech will be included in any future LEGO Star Wars sets? And did you notice any other interesting details that might indicate what’s coming? Feel free to share and discuss in the comment section below! 😉 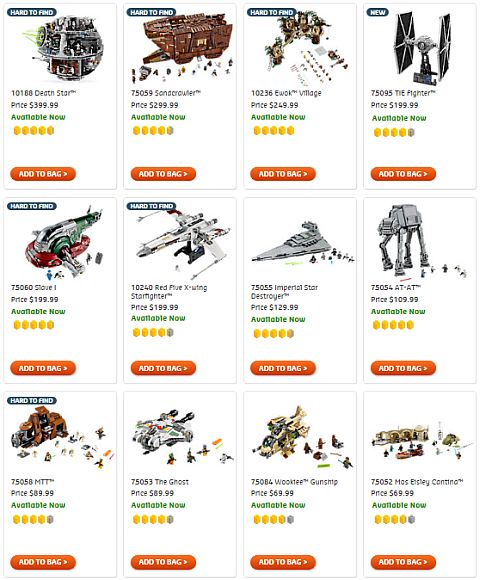