The LEGO Collectible Minifigures series is going to take an interesting turn with Series 14 that will be released this fall. Instead of random minifigures like we have seen in previous series, or minifigures tied to a movie like LEGO The Simpsons and The LEGO Movie, this time we will get sixteen spooky minifigures – just in time for Halloween! 😈 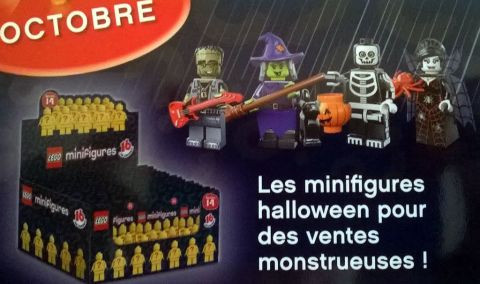 While various preliminary images of LEGO Collectible Minifigures Series 14 have been floating around for some time, this is the first time we have a chance to see four of the final minifigs. The picture was first posted on French LEGO fan-site HotBricks.com, along with a list of the upcoming minifigures: Rocker Monster, Crazy Witch, Skeleton Guy, Vampire Lady, Mad Scientist, The Fly, Gargoyle, Grim Reaper, Phantom, Bigfoot, Tiger Woman, Werewolf, Zombie Cheerleader, Zombie Businessman, Zombie Pirate Captain, and Plant Monster.

I’m pretty sure that these minifigs will have a huge demand. Especially the zombies. And not just because of Halloween, but because zombie/post apocalyptic LEGO creations have been very popular. Amongst the final figures I particularly like the Skeleton Guy with the new pumpkin piece that will also be included in the upcoming LEGO Scooby-Doo sets. As a reference, I’m also including below some of the preliminary images we have gotten before, which includes eleven of the upcoming minifigures. Amongst these my favorite is the Zombie Cheerleader. Love her new hairpiece! 😀 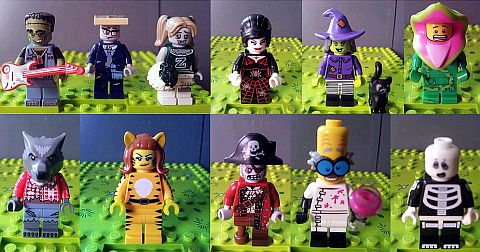 What about you? How do you like the upcoming LEGO Collectible Minifigures? Do you have a favorite? And do you think it is a good idea to have all sixteen minifigs fall into the same theme, or do you prefer a more random collection? Feel free to share your thoughts and discuss in the comment section below! Also, you can find the currently available LEGO Collectible Minifigures at the Online LEGO Shop. 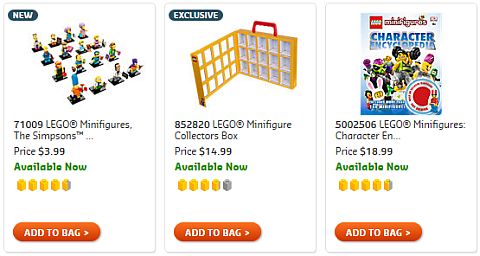