LEGO Ninjago Season 5 is beginning tonight on Cartoon Network and will continue ever day for the next five days to cover the first five episodes, so make sure you mark your calendar! If you would like to see the trailer for this very interesting season see: LEGO Ninjago Season 5: Possession – Trailer. And below you will find the full schedule for the first five episodes. 🙂

➡ LEGO NINJAGO SEASON 5 – EPISODE 1: WINDS OF CHANGE: In this episode Lloyd goes on a solo mission, but discovers it’s a trap from an escaped ghost. – Monday, June 29th, 6:30 PM EDT

➡ LEGO NINJAGO SEASON 5 – EPISODE 3: STIX AND STONES: In this episode… we don’t know what will happen yet as no synopsis is available. – Wednesday, July 1st, 6:30 PM EDT

➡ LEGO NINJAGO SEASON 5 – EPISODE 5: PEAK-A-BOO: In this episode the Ninja go on a mission to get The Sword of Sanctuary from Cloud Kingdom. Friday, July 3rd, 6:30 PM EDT 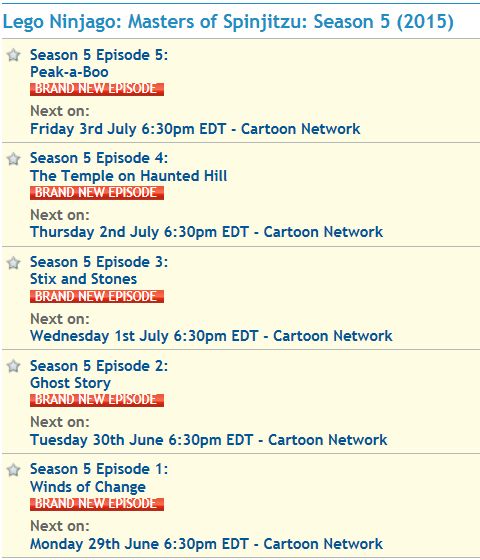 Also, the 2015 LEGO Ninjago summer sets will be available shortly to play out the story of LEGO Ninjago Season 5. And the LEGO Ninjago Airjitzu Flyers are already listed at the Online LEGO Shop. 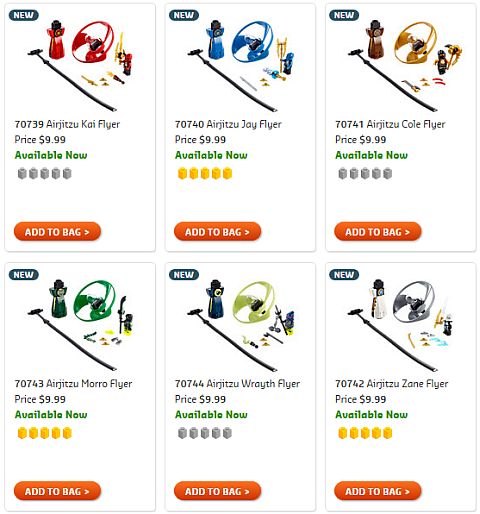 So what do you think? Are you planning to watch the LEGO Ninjago Season 5 episodes? If you do watch them, feel free to share your thoughts and discuss the new story and new adventures of our Ninja friends in the comment section below! 😉