LEGO Minifigures Online is a massively multiplayer online game for LEGO fans of all ages where you get to collect Minifigures, explore awesome worlds and play with friends from all over the world. The game was developed by Funcom and released in 2014. The game is based on the LEGO Collectible Minifigures theme, allowing players to unlock and play as the various characters from the theme. In addition to unlocking new minifigures through normal gameplay, players are able to unlock minifigs by purchasing physical LEGO Collectible Minifigure blind bags, which contain special codes that allows the character to be unlocked within the game. LEGO Minifigures Online has been a free-to-play game, however recently Funcom switched over to a paid version. So let’s see how this works. 🙂 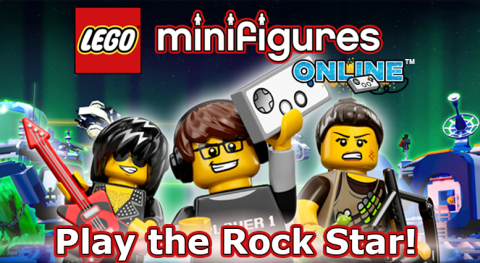 I got the following email from Funcom just a few days ago: “LEGO Minifigures Online has just been greatly improved. The game now has an all new story told by a narrator, talking characters, improved content, special in-game events and much more! The game is no longer free-to-play. If you want to continue playing the game, you can pay once to buy the full game and get access to all of its content (iOS and Android users buy each world separately). All your progress has been saved, so you can pick up where you left off! As a player of LEGO Minifigures Online we wish to give you a special offer: Buy the game and use the special key below within two weeks to play the awesome Rock Star Minifigure and blast your enemies with epic power chords!” 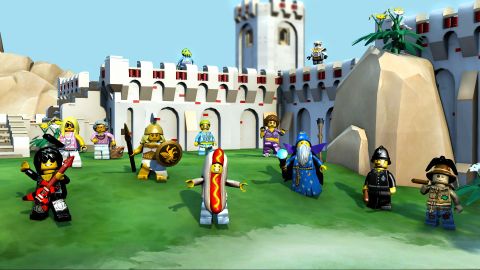 This has been quite a surprise for those who have been enjoying the game for free, however Funcom emphasizes that they drastically improved the game since the beta version, including new gameplay and content, featuring unique events, cinematics, voice acting, a fun and engaging story and more. “LEGO Minifigures Online is designed for LEGO fans of all ages; for those who love online games, and those who have never played one before,” says Funcom CEO Rui Casais in a recent press-release. “To make it even easier for friends to play together, the game is playable seamlessly on a large number of platforms and devices, and everyone plays together in the same online world. No matter whether you are playing on a smartphone, tablet or desktop, you will all be playing the same game – together.”

In addition, in an interview with GamesIndustry.biz, Funcom Executive Producer Lawrence Poe said: “It became clear to us that free-to-play business model wasn’t working as well as we had hoped for with the intended audience, and it was detrimental to the gameplay experience and the players’ enjoyment of the game. At the end of the day we just came to the conclusion that switching to buy-to-play would allow us to create a more compelling product that would be more enjoyable for our players and that we would be happier developing. We went back and overhauled large parts of the game and made significant changes to the overall flow. The entire reward and progression system was reworked, and we also made significant additions and improvements to content and gameplay across the board. We didn’t just want to change business model and call it a day, we wanted to make sure this would be an awesome experience. So we introduced things like a new story, voiced narration, voiced dialogue, cinematics, unique world events, and much, much more.” Below is the trailer for the new version of the game with more details:

LEGO Minifigures Online is available for PC and Mac, as well as Steam (which also offers a Linux version) for $29.99 and includes all content. The iOS and Android versions are available in the App Store and on Google Play respectively for $4.99, which will include the first world. Players on iOS devices can purchase additional worlds for $3.99 right away, while Android users will be able to purchase more worlds later this summer. The game is available in English, German, French and Spanish. The supported iOS devices are iPad Air, iPad Air 2, iPad Mini 2, iPad Mini 3, iPhone 5S, iPhone 6 and iPhone 6 Plus. On the Android platform, the game supports a limited selection of Intel x86 based tablets, with more devices planned to be supported during later in 2015. See at: PlayMinifigures.com


So what do you think? Have you been playing the LEGO Minifigures Online game? Are you planning to get the paid version? Or have already done so? How do you like it? Feel free to share your thoughts and discuss in the comment section below! 😉

Next post: Contest for the ultimate LEGO Chima set!