The Secret World of LEGO – documentary

There is a really nice LEGO documentary that recently aired in the UK titled “The Secret World of LEGO”. The documentary takes you inside LEGO’s headquarters and the LEGO factory sharing some interesting details, and also follows the adventures of three adult LEGO fans as they interact with the company in different capacities. You can watch the full documentary below. It is about 45 minutes long and very enjoyable from beginning to end. So grab your popcorn and enjoy the show! 🙂

“The Secret World of LEGO” interviews several LEGO employees and follows them around their workplace, which is very impressive. LEGO incorporates some very clever ways to keep their work environment fresh and conducive to creativity. We also get a chance to take a brief look inside the LEGO factory, but the focus is really on what does it look like to work for LEGO and the philosophy of the company. 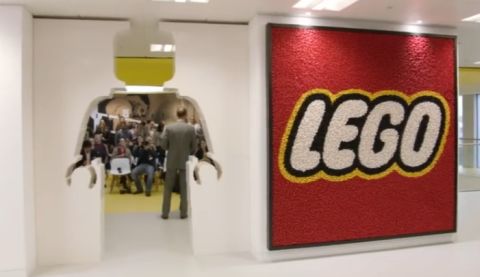 The three LEGO fans featured in the documentary are Justin Ramsden, Tom Poulsom, and Mark Guest. Justin dream has been to become a LEGO designer since he was a child, and the documentary follows him as he applies for this coveted position. You might remember Tom Poulsom from previous articles, as he designed the recently released #21301 LEGO Ideas Birds set. The third LEGO fan featured in the documentary is Mark Guest, who launched the new LEGO magazine for adult LEGO fans titled Brick Culture. He travels to Billund, Denmark, along with Huw Millington from Brickset.com, to meet up with LEGO and discuss the magazine.

Great documentary, isn’t it? I felt that the angle of the producers that LEGO is like a cult or religion was a bit over the top, especially at the beginning, but it was thankfully toned down and replaced by more interesting material. Also, I was very impressed by the sharing of Jørgen Vig Knudstorp (CEO of the LEGO Group), Matthew Ashton (Vice President of Design at LEGO) and Kim Ellekjær Thomsen (LEGO Community Manager) and their vision and love for the company. With people like them at the helm it is pretty obvious why LEGO is a lot more than just a toy manufacturer and why people love working for the company.

So what do you think? How did you like “The Secret World of LEGO”? Did you ever consider working for the company as a LEGO designer or in some other position? Feel free to share your thoughts and discuss in the comment section below! 😉