In the September-October issue of the LEGO Club Magazine there is a 10-page insert focusing on the new LEGO Star Wars: The Force Awakens sets and characters. We have already discussed the new LEGO Star Wars sets (see: LEGO Star Wars: The Force Awakens Reviews), but since the film won’t be released until December, we don’t fully know how the sets and characters fit into the plot. However the LEGO Club Magazine gives us some clues, especially about the new heroes and villains. So let’s take a look. 🙂 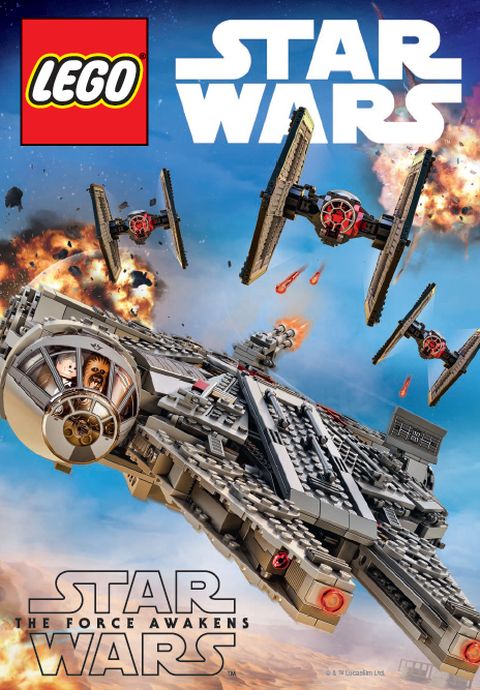 The LEGO Club Magazine insert starts out with summarizing the saga so far: “A long time ago in a galaxy far, far away… for thousands of years, the peaceful Galactic Republic governed the galaxy. Made up of countless worlds and star systems, it was protected by the Jedi Knights, an order of guardians and warriors who wielded the mystical power of the Force. But the Jedi were betrayed and the Republic fell. In its place rose a cruel Galactic Empire, ruled by a mighty Sith Lord, who had mastered the dark side of the Force – and his apprentice, the dreaded Darth Vader. An alliance of brave rebel heroes gathered to oppose the Empire’s tyranny. In a series of daring battles, they defeated the Emperor’s evil plans and ended the threat of the dark side forever. This December a new adventure will begin. Once, the Republic struggled against the Separatists. Then the Rebel Alliance fought the Empire. Now the galaxy has erupted in a new conflict, as the Resistance faces the furious onslaught of the First Order!”

Then, right in the middle of the insert, there is a two-page spread with all the LEGO Star Wars: The Force Awakens characters. Each of them have a little bio so you can see what roles they play in this epic saga. Some of them are old friends, others are brand new characters: 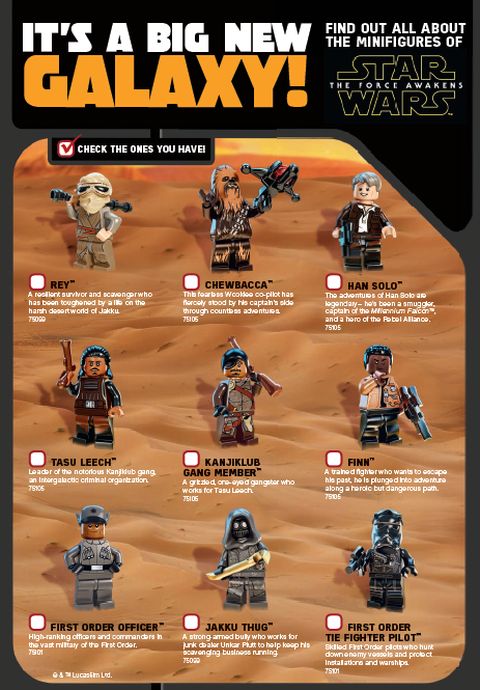 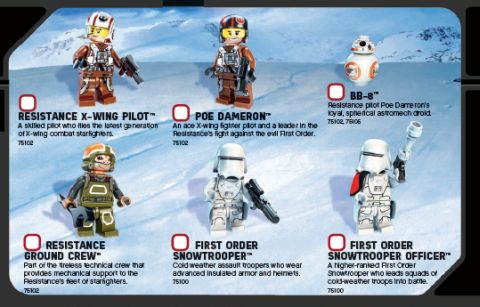 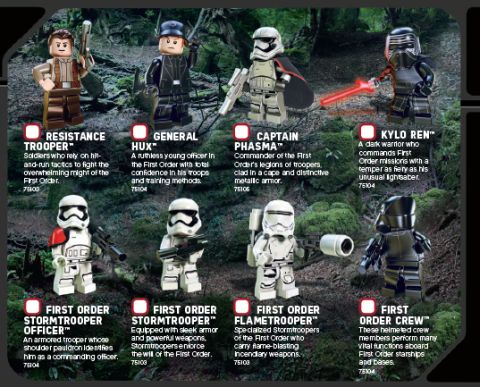 So now that you know the main characters of the upcoming film, what do you think? Are you looking forward to it? Do you have any of the new LEGO Star Wars sets already? Which one is your favorite? Feel free to share your own thoughts and reviews on the sets and characters in the comment section below! And if you don’t have the sets already, you can find them under the LEGO Star Wars section of the Online LEGO Shop. 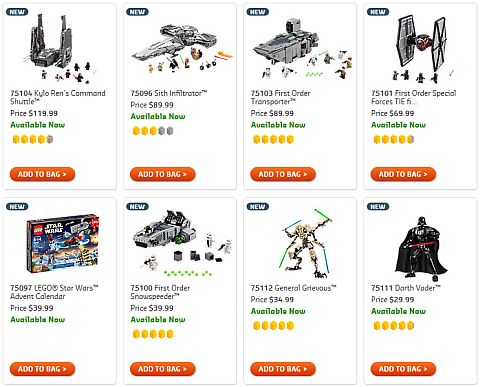