There has been a lot of excitement in the last couple of days as LEGO has been teasing fans with partial pictures of the upcoming #21304 LEGO Ideas Doctor Who set on their Facebook page. And yesterday afternoon they finally posted all the details on the LEGO Ideas website! Below is the official announcement, pictures and details of the set. Enjoy! 🙂 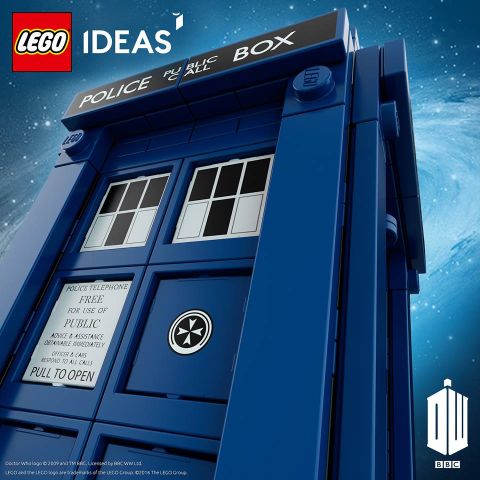 Official announcement on the LEGO Ideas website: “You might have thought it disappeared into a crack in space and time, but today we’re excited to finally share pictures and details about the #21304 LEGO Ideas Doctor Who set! AndrewClark2’s Doctor Who and Companions was too great for just one Doctor, so we decided to include two! You can buy yours December 1st, in time for the Doctor Who Christmas Special, for a recommended retail price of USD $59.99 / EUR €59,99. You might want to keep an eye on that Weeping Angel though….” 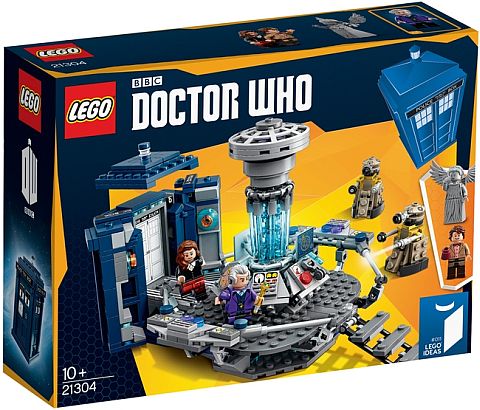 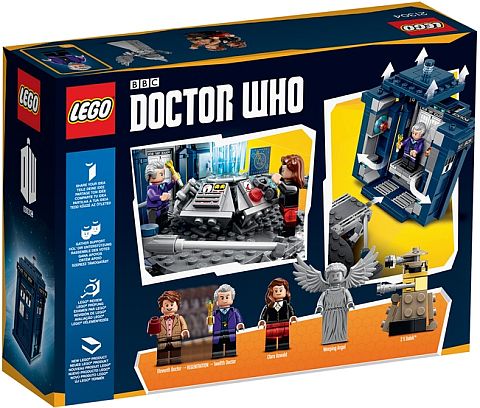 Official product description: “Construct a stunningly detailed LEGO version of the iconic TARDIS and role-play the Doctor’s time-travel adventures! Created by fan-designer Andrew Clark and selected by LEGO Ideas members, this set is based on the BBC’s popular and long-running television series about a Time Lord – the Doctor – exploring the universe in a blue police box. Due to trans-dimensional engineering, the TARDIS is bigger on the inside than the outside and this cool multifunctional set includes the console room that houses all the flight controls. Regenerate the Doctor and defeat the evil Daleks and a Weeping Angel with the help of his extraordinary companion Clara. Then close the doors of the TARDIS and launch into another dimension! Includes 4 minifigures with assorted accessory elements: the Eleventh Doctor (Matt Smith), the Twelfth Doctor (Peter Capaldi), Clara Oswald and a Weeping Angel, plus 2 Daleks. 623 pieces. Price: $59.99. Release date: December 1st. 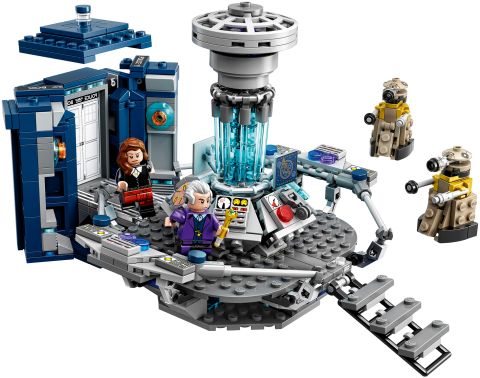 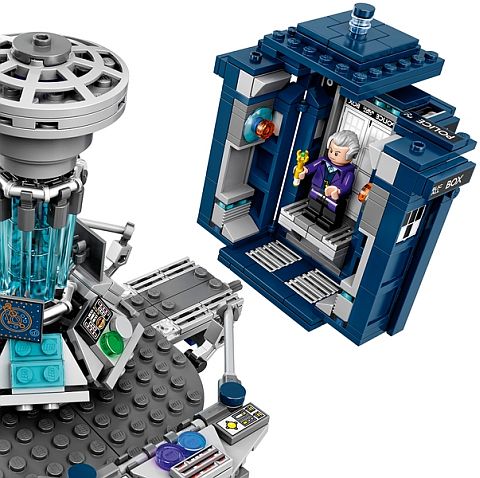 Interesting to note, that the #71204 LEGO Dimensions Doctor Who Level Pack includes a different Doctor, and the #71238 LEGO Dimensions Cyberman Fun Pack has a somewhat differently built Dalek. So if you are a Doctor Who fan you will have fun collecting all three sets. 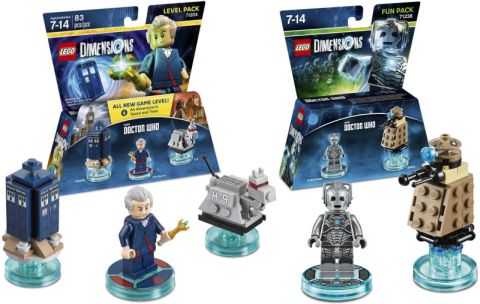 Also, my understanding is that all those really nice designs on the LEGO Ideas Doctor Who sets are printed pieces. I’m not 100% positive about this yet, but so far all LEGO Ideas sets came with printed elements, so I really hope that LEGO will continue this tradition. 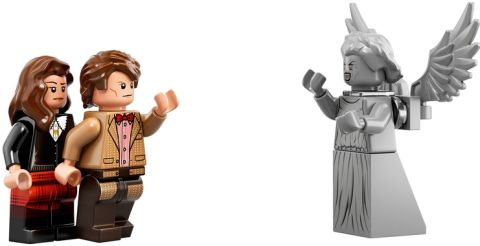 I think the set looks fantastic. Couldn’t have asked for better. It is also very close to the original design submitted by Andrew Clark to LEGO Ideas, which is nice to see. As mentioned above, the set will be available in December, so there is a bit of waiting we have to go through, but in the meantime you can also check out the other sets submitted by LEGO fans under the LEGO Ideas section of the Online LEGO Shop.

So what do you think? How do you like the LEGO Ideas Doctor Who set? Is this going to be a first day purchase for you? (Which is probably a really good idea if you want this set, as I expect it to sell out very fast.) Or are you planning to pass on it? And what do you think of the set design and the minifigures? Feel free to share your thoughts and discuss in the comment section below! 😉