We got the first glimpse of LEGO Minifigures Series 15 in the Junior version of the November-December issue of the LEGO Club Magazine (see below). At that time there was much excitement about the minifig with crutches, the new skirt piece for the queen, and of course the minifig that looks like the infamous Left Shark from the Super Bowl halftime show. 🙂 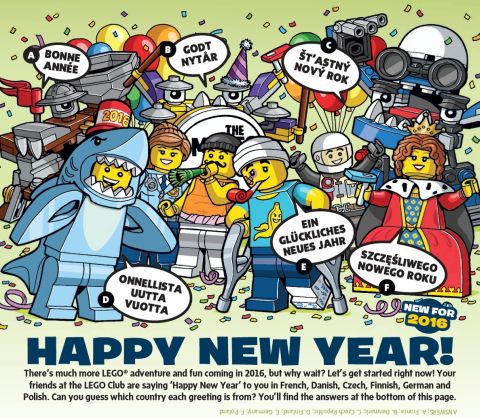 Just a few days ago more images surfaced from LEGO Minifigures Series 15, showing each character in more detail. I have to say that this looks like one of the best LEGO minifigure series ever released. Here are all the characters in the series (this are not yet the official names): ballet dancer, tribal woman, kendo fighter, clumsy guy, satyr, shark costume guy, queen, wrestling champion, jewel thief, farmer, astronaut, scary knight, mythological warrior, animal control, laser robot, and janitor. 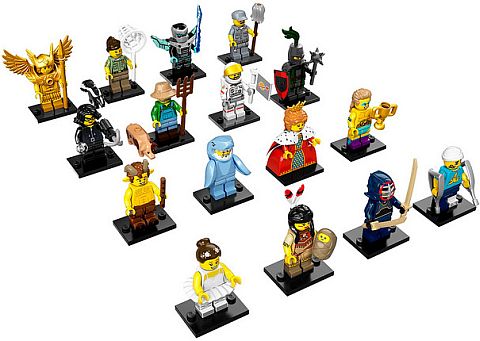 There is so much to like about this series, I don’t even know where to start. The ballet dancer is a bit overweight, but very cute with her ruffled skirt (looks like a hard plastic piece element) and flowers printed on her hair. The tribal woman is holding a brand new bundled baby, and the feather piece in her hair has a new color. The kendo fighter comes in a cool blue armor, and new color katanas. The clumsy guy got those awesome crutches (I’ surprised LEGO didn’t release them earlier), head bandage and printed leg bandage. The satyr has a similar horned headgear as the LEGO Minifigures Series 14 Gargoyle, but it is not the same piece. He also comes with a printed flute, and new satyr legs! Left shark is just awesome, and I expect this minifig to be a favorite not just with LEGO fans. The queen has a brand new skirt piece – a much needed upgrade from the slope skirt we got previously. The wrestling champion is a bit hard to make out, but muscled minifig torsos are always useful. The jewel thief has that lovely hair piece in new color. The farmer comes with nice printing and a pig. The astronaut got a LEGO Classic Space flag. The scary knight has a new shield and weapon. The golden mythological warrior is a thing of beauty. The animal control lady is trying to catch a skunk – a brand new animal in LEGO form! The laser robot is similar to the LEGO Minifigures Series 11 Evil Mech, with the wings of the LEGO Galaxy Squad Orange Robot Sidekick. And the janitor is fantastic too with that brand new mop piece. 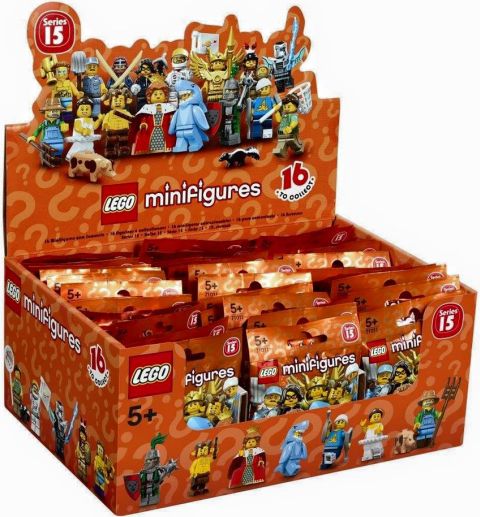 While I normally only get about half or less of the LEGO Collectible Minifigures from each series, in this lineup I like pretty much all of them. I plan to get 3 ballet dancers, and at least 1 tribal woman, clumsy guy, satyr, left shark, queen, farmer, astronaut, scary knight, golden warrior, animal control, laser robot, and janitor. The minifigures should be available in January at various retailers and the Online LEGO Shop. 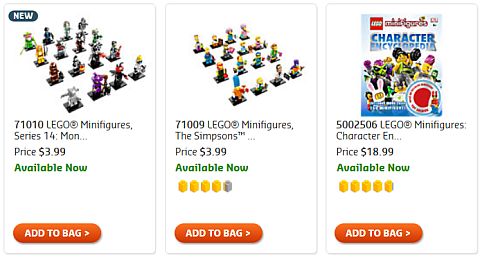 What about you? How do you like the minifigures in this series? Do you have any favorites you definitely plan to get? Feel free to share your thoughts and discuss in the comment section below! 😉