This is a continuation of our previous discussion; New LEGO Elements in 2016 – Part 1. Since then, several 2016 LEGO sets were released early in the United States and Canada, which means that we have more images of new LEGO elements coming next year. Unfortunately, we don’t have clear pictures of all of the individual elements just yet, so while I have identified at least 28 new parts, here we will only discuss 8 – the ones that we have the most details and information on. So let’s take a look. 🙂 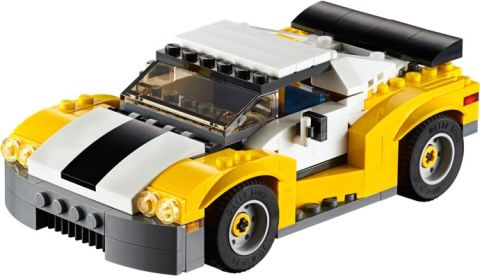 ➡ Beam 1M W/Cross Axle – This piece (Design ID 22961) is the only piece for which we have an official image. It currently appears in two LEGO Creator sets, the #31045 LEGO Creator Ocean Explorer and the #31046 LEGO Creator Fast Car in medium-stone-grey, but it can also be found in three upcoming sets: the #70313 LEGO Nexo Knights Moltor’s Lava Smasher, the #70327 LEGO Nexo Kinghts King’s Mech, and the #42052 LEGO Technic Heavy Lift Helicopter. The color of this part in the #70313 LEGO Nexo Knights Moltor’s Lava Smasher is undecided due to conflicting images; so it might also come in bright-red besides medium-stone-grey.

➡ Panel Curved/Bend 3X5X4 – For some reason LEGO didn’t add this piece to the replacement parts inventories, but it is currently available in the #42045 LEGO Technic Hydroplane Racer in bright-blue. It also appears in this color in two other upcoming LEGO Technic sets: the #42050 Technic Drag Racer and the #42052 LEGO Technic Cargo Helicopter. And it can be found in bright-yellow in the upcoming #42049 LEGO Technic Mine Loader. It’s quite visible on the Hydroplane Racer pictured below. 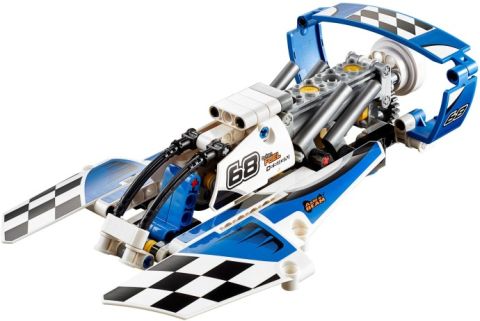 ➡ Axle 3M W. End Stop – I did not expect LEGO to make this piece, but nonetheless it comes in reddish-brown in the #42050 LEGO Technic Drag Racer. I don’t know how useful this part will be, but LEGO probably has integrated it in other un-revealed sets. The playlist below contains several 2016 LEGO Technic set reviews by Sariel, in which he shows the above mentioned three new parts up close.

➡ Brick 1X6X5 W. 6 Indents – Moving away from LEGO Technic, this is one of the only actual ‘brick’ pieces LEGO is making for next year that we know about. Interestingly, it is indented on both sides of the brick, not just one (like most wall elements). The indents are staggered; that is, an indent on one side is a bulge on the other. This piece comes in olive-green in the #60108 LEGO City Fire Response Unit and the #60131 LEGO City Crooks Island, and in bright-blue in the #70317 LEGO Nexo Knights The Fortrex. These pieces make up the walls of the building seen in the picture below. 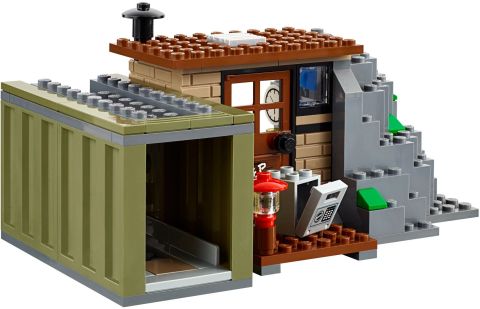 ➡ Inverted Roof Tile 2X6X1 – I thank my brother for finding this piece in the instructions to the #31044 LEGO Creator Park Animals. It seems this is another piece LEGO has failed to add the their replacement parts inventories. However, by looking at set instructions, I have found that this piece comes in white in the #31044 LEGO Creator Park Animals and the #60128 LEGO City Police Pursuit, and in black in the #60114 LEGO City Race Boat. Also, note that all of these sets are currently available, if you would like to get them – just click on the links. 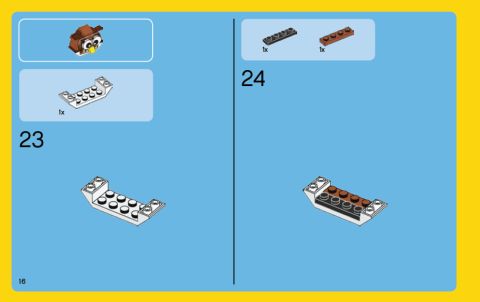 ➡ Mini Shooter W. 3.2 Shaft / Ball-Cup – It looks like LEGO is determined to come up with a new type of stud-shooter every year. This version’s differences consist of a handle perpendicular to the barrel and a ball-cup on the back. Appearing in bright-yellow, this part’s main use is as the nozzle of a fire-hose in five of next year’s LEGO City sets: the #60107 EGO City Fire Ladder Truck, the #60109 LEGO City Fire Boat, the #60110 LEGO City Fire Station, the #60111 LEGO City Fire Utility Truck, and the #60112 LEGO City Fire Engine. 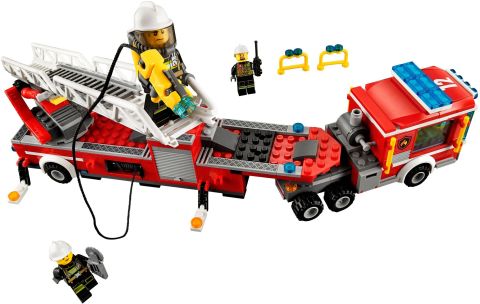 ➡ Rope With Ball-End – You may have noticed the string piece attached to the stud-shooter in the picture above. That’s this piece. I don’t know how long it is, but I know it comes in black (like most LEGO strings) in all of the LEGO City sets listed above except for the #60109 LEGO City Fire Boat. 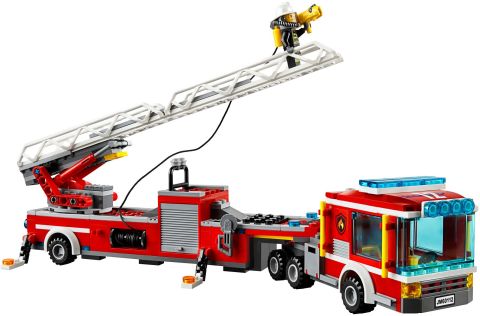 ➡ Windscreen 4X6X1 1/3 V-Angle – This is the new windshield element from LEGO Nexo Knights, possessing the new pointy-end shape. It’s a nice mold, so I hope it will get used more in future sets. It appears in transparent-florescent-red-orange in the #70315 LEGO Nexo Knights Clay’s Rumble Blade, and the #70327 LEGO Nexo Knights The King’s Mech. 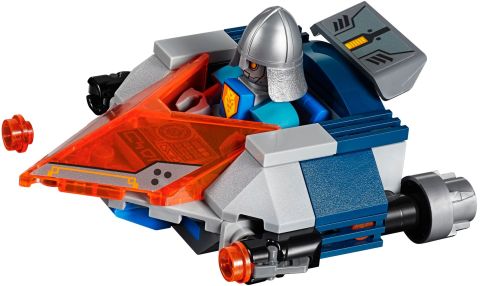 So that’s all the new elements I wanted to show you this time. Including the pieces from Part 1 of this article, I’ve covered 16 of the 28 new elements discovered so far. It seems LEGO is not producing that many new elements for next year, although keep in mind I haven’t counted the numerous new molds for the minifigures appearing in LEGO Nexo Knights. Also, remember that three of the parts in this article appear in 2016 sets that are currently available at the Online LEGO Shop. 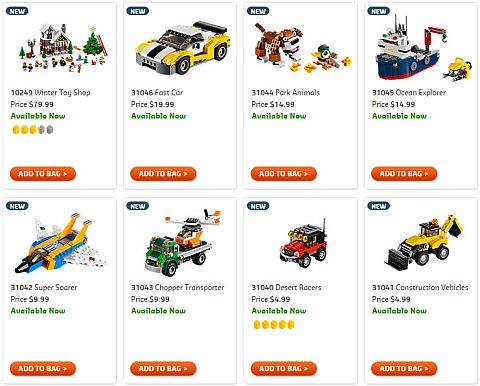 So what do you think? Do you have any of the currently available 2016 sets that have new pieces? How do you like them? And what do you think of the new elements? How are you planning to use them? Feel free to share your thoughts in the comment section below! 🙂