There were thirteen LEGO BIONICLE sets released at the beginning of 2016, which represent the third wave of LEGO BIONICLE. As you may already be aware, the story of BIONICLE is that the great island of Okoto is threatened by evil. Mighty heroes, known as the Toa, have fallen from the stars to battle the forces of darkness and save Okoto from destruction. This time, to continue their quest, the Toa must each find one of Okoto’s ancient Elemental Creatures. By uniting with the creatures, the heroes will form deep and profound links with the elements and gain access to powers far greater than they could ever imagine. 🙂 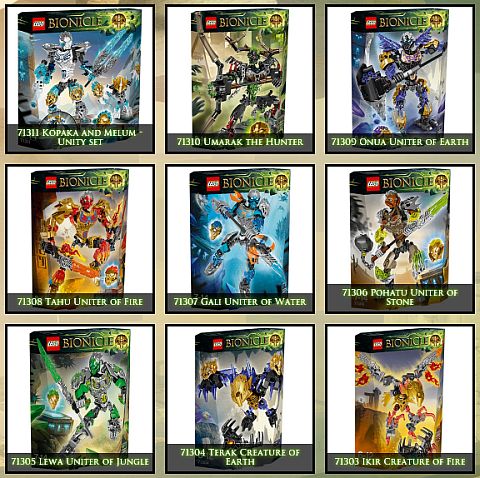 The sets include quite a few new pieces, masks, special weapons, and play-features. Below I have included for you a series of video-reviews by JANGBRiCKS to show you each of the sets. You can watch them all, or just select the ones you would like to see in detail. I also include the promo-video from LEGO for this wave, which briefly introduces the story and the sets. You can learn more about the story at the official LEGO BIONICLE website.

If you are a fan of LEGO BIONICLE, you can collect all of the sets, or just pick and choose the characters you like the most. I do recommend getting the corresponding Toa and the Elemental Creature sets together, because they give you a lot more options both for building and play. You can find all the new sets – along with some of the previously released ones – under the LEGO BIONICLE section of the Online LEGO Shop. 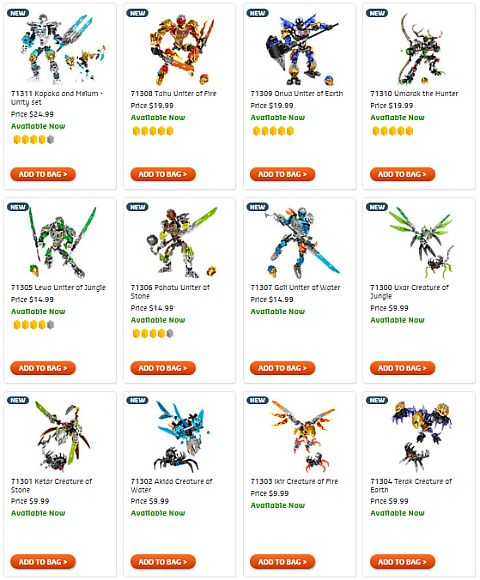 Also, I should mention that there is a fourth wave of LEGO BIONICLE sets coming later this year. Not much is known about them yet, but they should be revealed at the upcoming German and New York Toy Fairs. What do you think? How do you like the new wave of LEGO BIONICLE sets? Did you get any of them already? Or are you planning to? Do you follow the story? How do you like it? Feel free to share your thoughts and discuss in the comment section below! 😉