➡ #75139 LEGO STAR WARS BATTLE OF TAKODANA: This is the only set that is not based on vehicles, and although it is small, it does look nice. To help with the small size of the set, many LEGO Star Wars fans buy two, and combine the pieces to make a large building. I think that’s a good idea, and you can sell the extra minifigs to compensate for the cost. Just something you might consider doing yourself. Here is the official description: Defeat Kylo Ren at the forest castle! Battle Finn against evil enemy Kylo Ren at the forest castle entrance, featuring sliding doors, wheel-activated exploding wall and collapsing staircase, plus a falling tree function. Includes 5 minifigures: Finn, Maz Kanata, Kylo Ren and 2 First Order Stormtroopers. Measures over 4” (11cm) high, 9” (24cm) wide and 5” (15cm) deep. 409 pieces. Price: $59.99 – BUY HERE 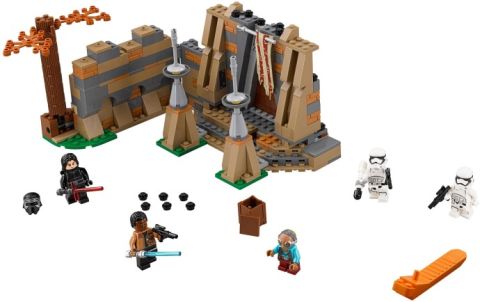 ➡ #75140 LEGO SW RESISTANCE TROOP TRANSPORTER: This is the largest in the second wave of LEGO Star Wars: The Force Awakens sets. It comes with some interesting features that you can see in the video-review below. Here is the official description: Battle the forces of the First Order with the Resistance Troop Transporter! Lower the ramp and climb aboard the Resistance Troop Transporter. Jump into the cockpit and get ready for takeoff. And if the First Order tries to attack, arm the shooters and get ready to fire! Includes 4 minifigures: Princess Leia, Admiral Ackbar and 2 Resistance Troopers. Combine with the #75139 LEGO Star Wars Battle on Takodana for even bigger forest-based adventures. Measures over 3” (8cm) high, 12” (33cm) wide and 7” (20cm) deep. 646 pieces. Price: $69.99 – BUY HERE 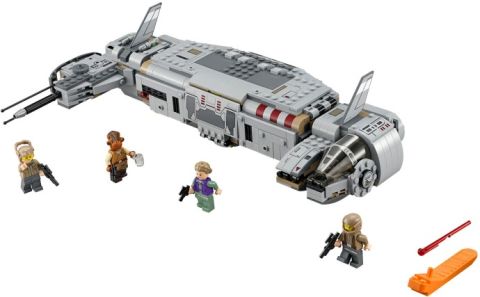 ➡ #75131 LEGO SW RESISTANCE TROOPER BATTLE PACK: This is a battle pack, so the focus is obviously on the minifigures, and the little vehicle is just an extra. The minifigs do look great – especially those two-plastic moulded helmets. Here is the official description: Speed into battle against the First Order forces! The First Order has been detected nearby and must be intercepted. Load the Resistance Troopers onto the speeder, arm the shooter and speed out on a mission to find them! Includes 4 minifigures: 3 Resistance Troopers and a Resistance Officer. 112 pieces. Price: $12.99 – BUY HERE

➡ #75132 LEGO STAR WARS FIRST ORDER BATTLE PACK: This is another battle pack, but this time for the badguys. The minifigures look excellent! Here is the official description: Blast the Resistance with the powerful turbolaser! Resistance forces are closing in and must be pushed back with the powerful turbolaser. Add ammo from the weapons storage, locate the target from the control center and get ready to fire! Includes 4 minifigures: 2 First Order Stormtroopers, First Order Technician and a First Order Crew. 88 pieces. Price: $12.99 – BUY HERE 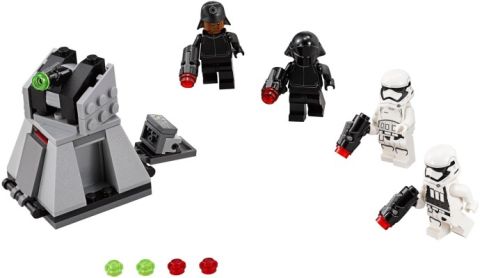 In the video-player below, you can find reviews of all four new LEGO Star Wars: The Force Awakens sets mentioned here, as well as a fifth video that summarizes all eleven sets released so far. To me the winner is the #75102 LEGO Star Wars Poe’s X-wing Fighter – I just love the colors and the shaping, even if it is not completely accurate to the movie. But of course your favorite might be a different set. 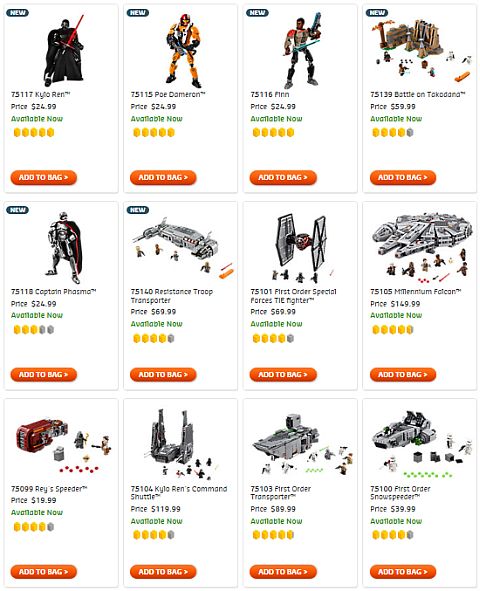 So what do you think? How do you like the second wave of LEGO Star Wars: The Force Awakens sets? And what do you think of all the sets that were made for the new movie overall? Do you have a favorite? Feel free to share your thoughts and discuss in the comment section below! 😉

Next post: How to make a LEGO flowering tree – tutorial