LEGO Digital Designer – the end is near…

At a recent discussion at the LEGO Ambassador Forum members asked when could we expect an update to LEGO Digital Designer (LDD). The response from LEGO’s representatives came as a great surprise and sent shockwaves through the LEGO fan community. Below are the details. 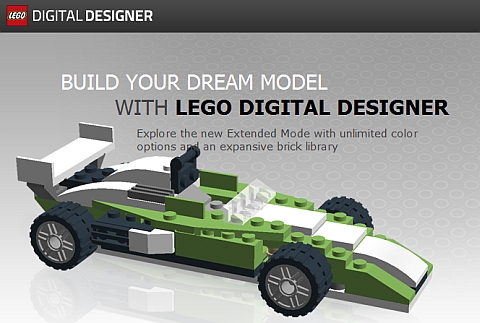 LEGO Digital Designer was originally released in 2005 as part of LEGO Design byME – a service that allowed kids and adults to design their own LEGO models, share them with others via a gallery, and even order the models as actual LEGO kits. Because these custom sets needed special handling by LEGO, the price for the kits was significantly higher than that of normal LEGO sets. LEGO eventually decided to discontinue the service, and by early 2012 models created in LDD could no longer be purchased as LEGO Design byMe sets. However LEGO continued maintaining LEGO Digital Designer itself as a free design software.

LDD has been immensely popular with LEGO fans, as it is the easiest and most intuitive software to design and share custom LEGO models. It is often used by people to work out concepts, scales, shapes, and colors before committing to buy actual LEGO elements to build a model. LDD is also used for collaborative projects between several builders. And it is a great way to share building instructions of custom LEGO models with others. In other words, the software has been used extensively by the LEGO fan community for all these years.

LEGO regularly updated LDD by adding newly released elements to the virtual bricks selection within the program. And it also maintained its compatibility with Windows and Mac devices. However there has been no update since version 4.3.8, and no new parts have been added since the fall of 2014. Thus the question at the LEGO Ambassador Forum about when the next update can be expected. 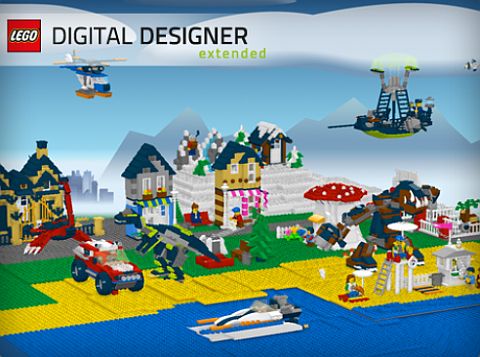 Kevin Hinkle, Community Manager for the Americas, looked into getting an official answer by contacting the right department within the LEGO Company, and shortly after made the following announcement:

“Good afternoon everyone, I’ve just touched base with one of our Digital Product Specialists within the Consumer Services team. A business decision has been made to no longer allocate resources towards the LDD program/initiative. For now the program will continue to be offered to anyone interested in utilizing it, but please do not expect any updates regarding functionality, the adding of new LEGO elements, or glitch fixes. We have decided to pursue other digital experiences. Although this may not be the answer you were hoping for, I hope this information will be of use to your RLUG members. Thank you for your time and continued support for the LEGO brand and hobby.”

This came as a shock to the LEGO Ambassadors themselves, and they quickly shared the news with their user groups. The response from LEGO fans was overwhelmingly negative – you can see a sample of responses at Brickset to give you an idea of how passionately LEGO fans feel about this subject. This major outcry from the LEGO fan community must have taken LEGO by surprise, and they hastily followed up with a second announcement by LEGO’s Community Support Senior Manager, Tanja Friberg:

“Dear Ambassadors, I hope this will help clarify a bit of the confusion and misunderstanding from our end regarding LDD. TLG will remain committed to digital building going forward. In regards to LDD, this means that we will continue to support the current functionality. We will not be doing automatic updates on elements, however elements will continue to be added from time to time. Unfortunately we cannot ensure that all elements are made available. I can see that the message has spread widely in the community since Kevin’s statement and I hope that you will assist us in spreading this message as well. Thank you!”

While this response appears to be slightly more positive, it is still worrisome. All LEGO said basically is that they will allow LDD to function in its current state, but they will no longer update it. This means that with the advancement of operating systems, LDD will get less and less compatible and more and more buggy (it is already happening with the Mac version). The statement to update parts selection from time to time is very noncommittal and gives no real assurance or time-frame on what we can expect. Some LEGO fans hope that perhaps LEGO has some other digital design program in the works, but they are not yet ready to announce it. Others think that this is the beginning of the end…

So as for now we can still continue using LDD, but if you are depending on the program for your LEGO models, this might be a good time to try out alternatives. And yes there are some, although none of them are as intuitive and easy to use as LDD, and they usually come with a quite steep learning curve. BrickSmith utilizes the LDraw library and is created for Mac users. LDraw is for Windows, Mac and Linux. MecaBricks is a browser-based service and is quite similar to how LDD works. MLCad is also based on LDraw and is a very powerful CAD system for Windows and Linux.

I really hope that LEGO will reconsider their stance on LEGO Digital Designer. While the announcement appears to be abrupt and not well thought out, the good thing is that now LEGO knows how much the fan community is dependent on LDD, and the negative PR discontinuing the program will create from some of their most passionate fans. It takes resources to maintain a powerful program like LDD, but I’m sure that with some brainstorming the company can come up with a win-win solution to make it a profitable endeavor, while also allowing LEGO fans of all ages to continue virtual building.

What do you think? Do you use LEGO Digital Designer? Do you depend on it for your LEGO projects? What do you think of the recent announcement? And how do you feel about LEGO no longer supporting the software? What would be a good solution or alternative? Feel free to share your thoughts in the comment section below! 😉